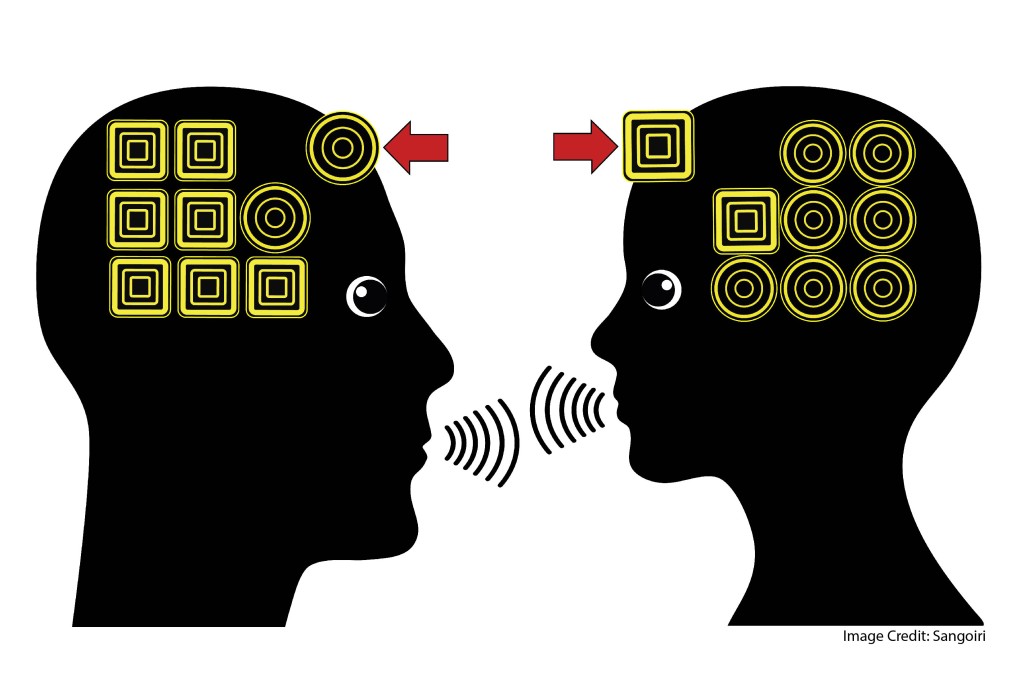 If people spend lots of time pretending to beat up and shoot pretend people, will this experience reduce their empathy for human suffering? Will it make them more likely to really beat up and shoot real people?

We might get different answers to this question depending on the variables we decide to measure, and the tools we use to measure them.

These participants looked at sketches: some showed people by themselves while others depicted people in pairs. Half of the pictures showed mundane activities–two men carrying a cabinet–while the other half showed violent activities–one man forcibly holding another man’s head underwater.

The researchers reasoned as follows: if violent video games impair players’ empathy, these scans should reveal differences in brain networks associated with empathy. That is: gamers and non-gamers would respond similarly to the men carrying the cabinet, but the gamers would not respond with as much empathy as the non-gamers to the sight of human suffering. After all, in this hypothesis, the gamers would have been desensitized to human pain, and so would not have as strong an empathetic response.

How much difference did they find?

One Conclusion, and One More

No difference. Gamers and non-gamers were equally empathetic–and non-empathetic–when they looked at these images.

So: when these researchers answer this version of this question using these tools, they get this answer.

However: when these researchers answer this version of the question using metanalysis, they get a radically different answer:

The evidence strongly suggests that exposure to violent video games is a causal risk factor for increased aggressive behavior, aggressive cognition, and aggressive affect and for decreased empathy and prosocial behavior.

I hope this entry does NOT persuade you that video games do, or don’t, reduce empathy.

I hope, instead, to persuade you that it’s hard to answer that question once and for all. We have many ways to ask, and many tools with which to answer, such a question. Only by asking (and asking and asking), and then by looking for converging answers, can we start to move towards a conclusion.

2 Responses to Video Games and Empathy

PREVIOUS
This is Your Chess on Ritalin

NEXT
Brain Regions or Brain Networks?