This is Your Chess on Ritalin 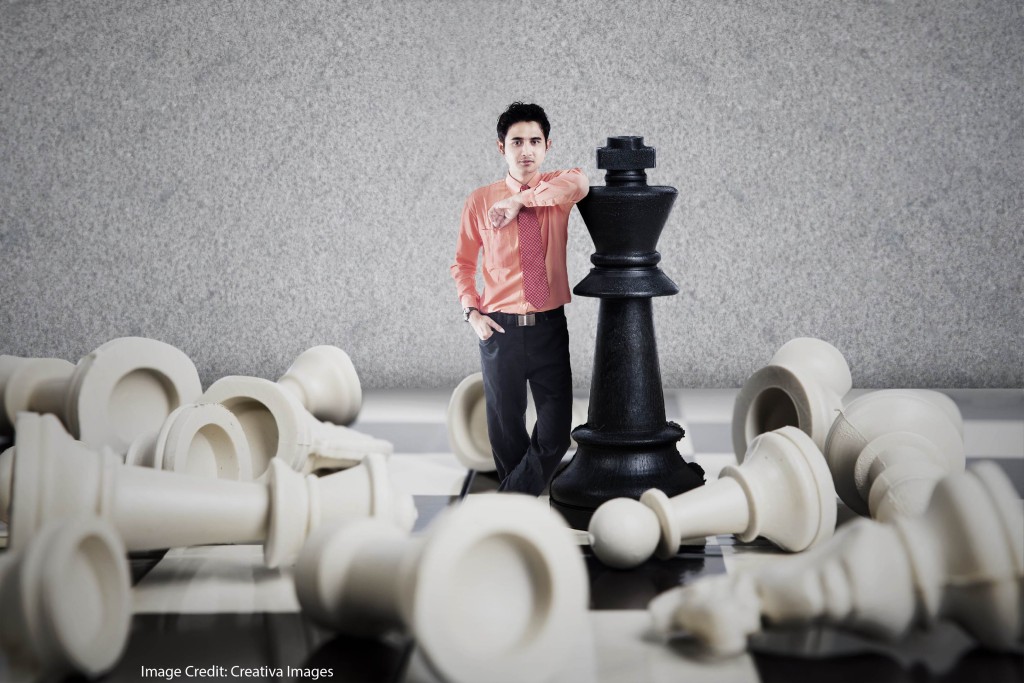 In movies and on television, chess skill symbolizes “pure intelligence.” Characters who can outwit others on the chessboard are–obviously–just smarter than everyone else. (On The West Wing, President Bartlet routinely schools his staff on the nuances of the game.)

By implication, people who get better at chess seem to be getting smarter. So, if I can give you a drug that improves your chess score, you might conclude that this drug is making you more intelligent.

This approach, of course, has a controversial history. We have developed drugs (such as methylphenidate and modafinil) that benefit people who struggle during cognitive tasks. Will those same drugs benefit those who don’t typically struggle? If they do, is that benefit somehow unfair?

German researchers worked with 40 mid-level chess players. Following a remarkably detailed and precise research regimen, these players spent 4 days playing games against a chess program that had been matched to play at their level.

On each day, these chess players took either methylphenidate (Ritalin/Concerta), modafinil (Provigil), caffeine (yum), or a placebo. The schedule of these 4 drugs was varied among the group, to be sure that the order didn’t matter.

How did they do? It’s bit complicated…

Compared to the games when they took a placebo, they players slowed down when they took all three drugs. On average, they added nearly 2 minutes to the time they took (9:13 vs 7:17 per game); that’s a slowdown of 25%.

When they took more time, these players often ran up against the time limit that had been set for each game. As a result, they lost lots of games by running out of time.

But, what happens when we look at the games when they didn’t run out of time?

They got better. It’s a little tricky to describe improvement in chess terms. You might say they had a 5% increased chance of winning. Or, you might say–as the lead researcher said:

That’s quite the improvement.

So, what do we do with this information? Should we all rush right out and add some methylphenidate to our daily vitamins?

In my view, not yet.

First, this study looked at people playing chess. Although we associate chess with “intelligence in general,” we can’t be sure–based on this study alone–that the effects of these drugs will generalize to other cognitive activities.

Second, the study worked with an unusual subgroup of the population: the average IQ among the players was 125. (Of course, IQ isn’t the only–or necessarily the best–way to measure human cognitive capacity. But, it’s not meaningless.)

An IQ of 125 is more than 1 standard deviation above average. This is, in other words, a select–even atypical–group of thinkers.

For these reasons, I wouldn’t do anything differently just yet.

And third: I stumbled across this study after I had completed this blog entry. The headline is that non-prescription use of Ritalin can muddle the dopamine system–at least in rats.

When I say “muddle,” I’m summarizing the following passage:

These changes in brain chemistry were associated with serious concerns such as risk-taking behaviors, disruptions in the sleep/wake cycle and problematic weight loss, as well as resulting in increased activity and anti-anxiety and antidepressive effects.

In other words, if these effects are true for humans as well as rats, that’s some serious muddling right there.

At the same time, I must tell you that this chess study gives me pause. In grad school, the orthodoxy about these drugs was that “they help people who struggle think more like typical learners, but they don’t help typical learners think like more extraordinary learners.”

(You might think of them as a mental knee brace. The brace helps you if you’re injured, but isn’t particularly beneficial if you’re not.)

This study, however, suggests that–for this atypical group of people doing this atypical thing–such drugs do provide a cognitive benefit.

I’m intrigued by the fact that chess players taking methylphenidate, modafinil, and caffeine slowed down.

Perhaps the reason they played better is not that the drugs helped them think better, but that they gave the players more time to think.

Could we get the same benefit by deliberately forcing ourselves to take more time with our thoughts? This study doesn’t answer that question. But, the possibility seems worth exploring.

A final note, unrelated to the content of this study. In looking over the specifics of the research paradigm, I note that the team began work on this study in July of 2011, and that it was published only in 2017. That’s right: they’ve been working on this for over 6 years.

NEXT
Video Games and Empathy