We’re a “more is better” culture, and so we’re quick to assume that more brain stuff is better. 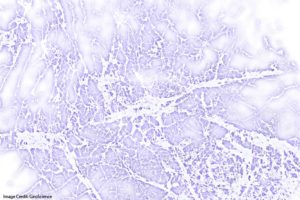 According to a recent study by Erhan Genç, published in Nature Communications,

the neuronal circuitry associated with higher intelligence is organized in a sparse and efficient manner, fostering more directed information processing and less cortical activity during reasoning.

Or, as Genç writes:

Intelligent brains are characterized by a slim but efficient network of their neurons. This makes it possible to achieve a high level of thinking with the least possible neural activity.

So: despite our cultural preferences, more isn’t necessarily better. Sometimes, a “slimmer” neural network works better than a more complex one.

When neuroscientists talk about the neural network development, they often talk with gardening terminology: “blooming” and “pruning.”

Networks “bloom” when neurons join together to create a memory or facilitate a particular function.

The “prune” when the brain simplifies those networks.

Sometimes pruning happens because of disuse. If you learned to juggle when you were younger, you have to keep practicing. If not, that network will start to thin.

Sometimes pruning happens because of expertise. If you keep practicing your juggling, you’ll use fewer neurons than when you started.

We want our students to develop new skills and acquire new information.

And, as they develop their expertise, we want those networks to prune.

The best teaching/gardening, in other words, requires both seeds and clippers.

For more thoughts on the relative size of brain regions, click here.

PREVIOUS
No Grades? Doug Lemov Just Isn’t Having It&#...

NEXT
Is Dopamine For Motivation or Learning?