Montessori: The New Science behind a Century-Old Methodology (part I) 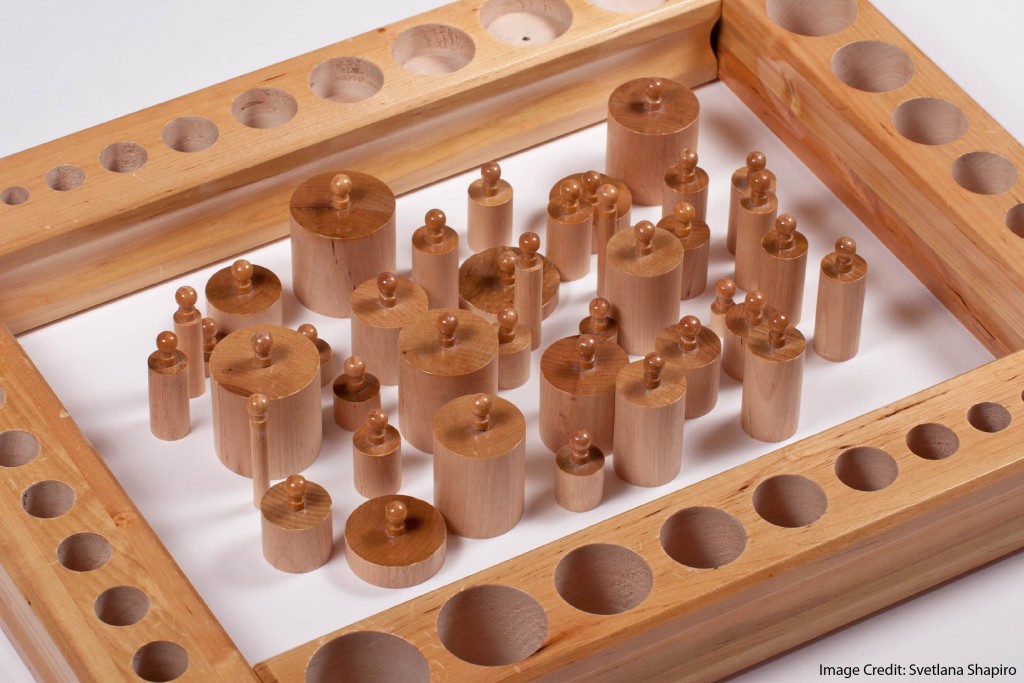 Maria Montessori described observing children in a traditional classroom as being tantamount to an entomologist observing dead insects pinned to a board, “where the spontaneous expression of a child’s personality is so suppressed that he is almost like a corpse, and where he is so fixed to his place at a desk that he resembles a butterfly mounted to a pin” (Montessori, 1967b).

Despite her observations taking place around the turn of the 20th century, they sound eerily familiar. Even over a century ago, she acknowledged that in order to best learn, children need a certain freedom in order to explore their interests and take ownership over what they are doing.

Presumably motivated by the discrepancy between reality and practice, she developed an approach to education. Initially working with children with learning difficulties, and later with children between the ages of 3 and 6, Maria Montessori–who first studied medicine–developed her approach almost completely through careful observation of the way in which children interacted with their environment.

Montessori’s insights about the way children learn and develop were not confirmed by science until many years later. In a book, Montessori: The Science Behind the Genius, Angeline Stoll Lillard (2005) outlines the eight principles incorporated into Montessori Education and provides the evidence base supporting each one. The principles are:

While there are many examples of each of these embedded in the Montessori classroom, and separately each one of these concepts now brings with it an immense amount of research, for each principle I cherry-pick just one or two examples from the classroom.

I also provide a brief mention of some supporting research to help give you a sense of the science that now reinforces the Montessori approach to education, developed over a century ago.

Montessori activities and materials purposefully incorporate movement into learning activities. Let’s take the Sandpaper Letters, for example, used to introduce preschool-aged children to letter sounds. (Children are not taught the names of the letters nor the order of the alphabet at this point). The Sandpaper Letters are lowercase letters, about five inches in height, made out of sandpaper and affixed to thin piece of painted wood.

When introduced, children are simultaneously shown how to trace the letter and produce the sound that the letter makes. The child is then free to use the Sandpaper letters to practice producing the letter sounds and tracing the letters.

Research has since underscored many instances of the interconnected nature of movement and cognition, including the improvement of memory when movement is involved at the moment when something is learned. For example, students who acted out actions described by sentences remembered the sentences better than students who did not act them out (*Cohen, 1989; *Engelkamp, Zimmer, Mohr & Sellen, 1994).

In the same way, when children simultaneously trace a letter and produce its sound, they are better able to remember it.

In the Montessori classroom, this sense of control is brought about by giving children the choice of activities they wish to pursue, from among the options that have been laid out by the teacher; the Montessori m.o. is freedom within limits.

So if Thomas wants to pick up where he left off on a mathematics activity, he may do so. Or, if he wishes to take out the Knobbed Cylinder work from the Sensorial area (which, unbeknownst to him, will help him to develop his pincer grip necessary to later begin writing), he may do that as well. Thomas has a choice over what activity he wants to do, and how long he wants to do it for.

In a previous post, I talk about the importance of emotion in learning. The Montessori method is yet another approach to learning which capitalizes on this notion.

Making the most of student interest can be seen from many different levels in the Montessori approach:

It only makes sense that people will better learn something in which they are interested. All else held constant, if two people are given piano lessons, one who has pined for professional instruction for some time, and the other whose parents forced it on him, the former will most certainly learn how to play better more quickly. Interest matters.

There are numerous studies that confirm this common sense conclusion. (I won’t delve into them here, but they’re out there.) Let me instead present you with the psychological definition of the word: being in a state of interest involves, “focused attention, increased cognitive functioning, persistence, and affective [emotional] involvement” (*Hidi, 2000, p. 311).  In capitalizing on student interest, the Montessori approach encourages all of these things.

Depending on the circumstances, extrinsic rewards can get fast (though not necessarily long-lasting) results. Extrinsic rewards have their place, though when it comes to one’s learning, the Montessori approach views extrinsic rewards as a hinderance to concentration and intrinsic drive: the characteristics that Montessori herself sought to instill in individuals.

Instead of extrinsic motivators, Montessori education relies on children’s natural curiosity for motivation, and does all that it can to get out of the way of children and their learning. By giving children extended time to pursue the activities that interest them, Montessori teachers let students focus on an activity for as long as they wish, in order to complete it as many times as desired. This freedom allows children to obtain for themselves a strong sense of accomplishment and satisfaction.

These feelings, not gold stars, provide the impetus and motivation for more challenging pursuits.

One study in particular (*Lepper, Greene & Nisbett, 1973) highlights particularly well the detrimental effect that extrinsic rewards can have on individuals–even with activities individuals otherwise would enjoy.

In this study, researchers put out markers available for use in classrooms of 3- to 5-year-old children. They noted which children were heavy marker users. One at a time, the heavy marker users were pulled aside and shown a “Good Player Award” (a card with a gold star and ribbon), and when asked, all the children said they would like to receive one. These children were told that all they had to do was draw with the markers.

A panel of judges blind to each child’s condition rated the drawings of the children who expected the reward as being much lower in creative quality than those of the children in the two other conditions.

They researchers also found that a few weeks after the experiment, the children conditioned to expect a reward for using the markers used markers far less than the other children, and about half as much as the other children in the class.

In an activity that children otherwise enjoyed, the introduction of extrinsic rewards decreased children’s creativity, in addition to later decreasing their voluntary participation once the possibility of getting a reward was removed.

(For a recent LatB blog article about intrinsic and extrinsic motivation, click here.)

Developing curricula around these four principles would be powerful. I wish that my own education had better leveraged these four insights, I’m sure I’d be all the better for it.

What I continue to find intriguing is that these were developed simply through the meticulous observation of young children over time, carried out by one person. No scientific experiments necessary.

Look out for part two where I will delve into the other four principles, and discuss what this can look like in the classroom.

*References marked with an asterisk are cited in Lillard, 2005.

7 Responses to Montessori: The New Science behind a Century-Old Methodology (part I)