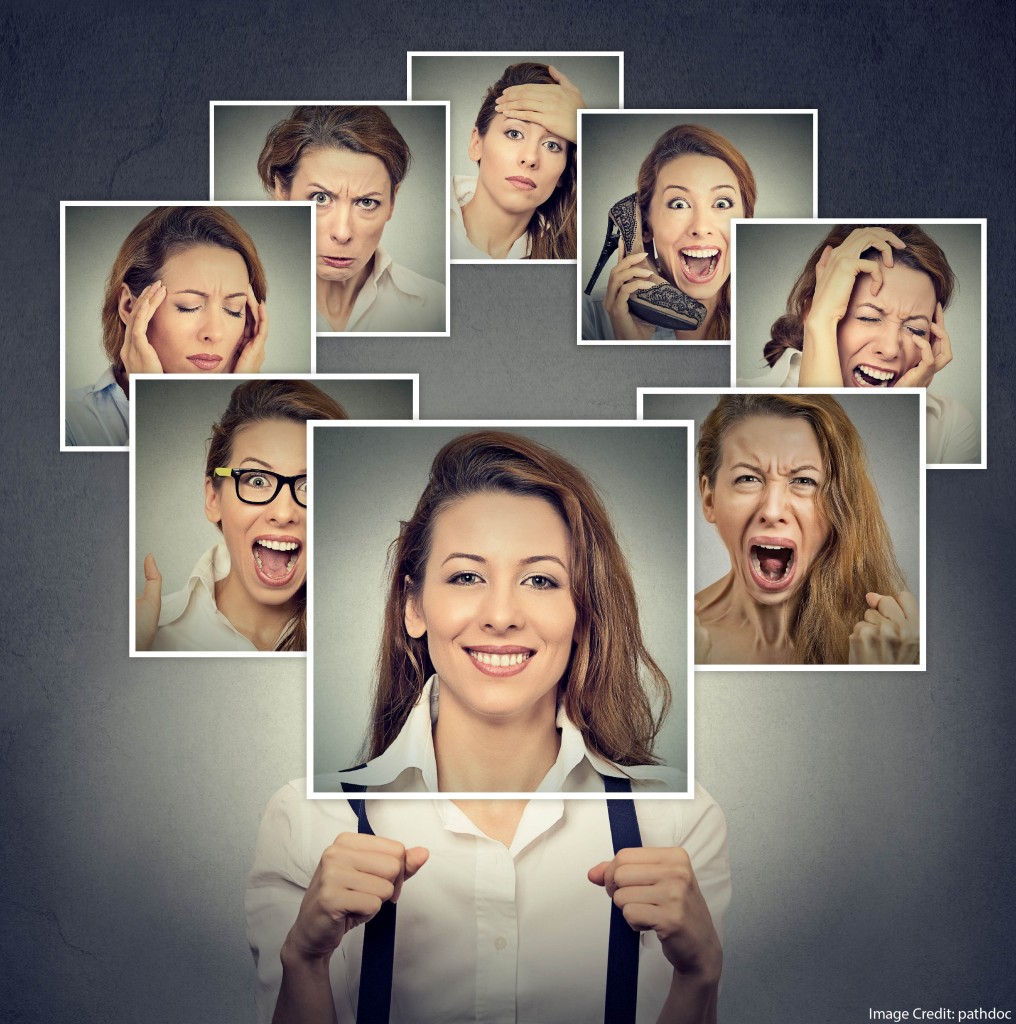 We are not rational beings.

In fact, many aspects of our cognition are inherently emotional. When one’s emotional well-being suffers, so does her cognition. Because of the inseparable nature of emotion and cognition, the way we feel has a profound effect on our learning.

And yet, the emotional processing inherent in cognition is not always considered in pedagogical practices. What is measured is what is emphasized, and when it comes to traditional schooling, the thing getting emphasized is content knowledge. We place so much weight on the assessment of the content knowledge that we gloss over how it may be best received by students.

If instructors were also encouraged to tailor the delivery of the course material, they could enlist students’ emotional processing to ultimately better enable students to engage with, learn, and understand that same content.

What Gets Measured Is What Gets Emphasized

Traditional pedagogy largely takes on a vacuum-sealed, content-centric approach to learning. Content is passively transmitted to the students to then be assessed, most often via a written test. Derived largely from these tests are letter grades, GPA, class rank, overall school performance, etc. What gets measured is what gets emphasized, and the thing that’s measured is content knowledge.

While it may seem counterintuitive, focusing so narrowly on the content knowledge that we want students to learn prevents them from best learning it. One study, for example, revealed that students of teachers who are told to ensure that their students perform well on a given exam tend to fare more poorly than students of teachers who are told to facilitate student learning (Flink, Boggiano, & Barrett, 1990; Flink et al., 1992, as cited in Diamond, 2010).

Let’s take a step back and look at what the science says about the way we are wired. We are emotional beings. By disregarding our emotional processing, we fundamentally disregard the way in which we store and access information.

Studies relating the social and emotional well-being of students to their academic performance underscore the interrelationship of the two.

Students’ motivation and interest in school, for example, can be predicted by the positive support they receive from peers, teachers, and parents (Wentzel, 1998). Relatedly, teachers’ expectations of student achievement, which has an emotional component, affect student motivation, academic self-perceptions, and academic performance (Jussim & Harber, 2005).

This enhanced engagement may be due, at least in part, to the fact that when teachers create a positive social environment, students feel safe to explore and take risks in their learning, without the fear of failure (Jennings & Greenberg, 2009). At the same time, stress can greatly hamper our thinking and cognition (Diamond, 2010).

Let us not lose the view of the forest from among the trees. We want students to perform well on assessments, so we focus on the content. However, students perform better when their social and emotional processing are engaged throughout the learning process. This improvement has even been found to be true for performance on standardized tests (Weissberg, et al., 2008), on which many high-level decisions are based.

What may help to explain this improved school performance is the role emotion plays in cognition–in particular, our executive function (EF).

EF includes fundamental capacities like working memory, inhibitory control, and attentional control, which are building blocks for other skills and capacities, like cognitive flexibility, creative problem-solving, critical thinking, etc. (Diamond, 2010). All of these, I think we can agree, are important underlying skills to possess for academic (and professional) success.

In a simple, though somewhat mean-spirited study, Baumeister, Twenge, and Nuss (2002) compared cognitive assessments of two groups of people: one group was told by the researchers that they would have close relationships throughout their lives, the other group was told that they would likely end up alone in life.

The groups showed no difference on assessments of simple memorization tasks. They did, however, show differences on complex cognitive tasks that require use of EF; unsurprisingly, the group told that they were likely to end up alone fared worse. This group also performed more poorly on assessments of IQ and on a widely used measure of academic achievement: the GRE.

(Don’t worry; the researchers let the participants in on the secret at the end of the study, and reassured them they wouldn’t die alone…)

A neuroscience study also confirmed the notion of hindered cognition due to social exclusion. In this study, people who experienced feelings of social exclusion showed less brain activity in certain regions when required to do difficult math problems (Campbell, et al., 2006). The researchers suggest specifically that social exclusion interferes with an individual’s ability to focus their attention, which then affects other aspects of cognition.

You’re Being So Emotional

Despite what any economist may try to tell you, we are not rational beings. Emotional processing is necessarily and inextricably woven throughout many aspects of cognition.

Conventional wisdom may say that human decision-making void of emotion is rational. This is probably due to the fact that we can easily find examples of emotions driving us to irrationality, e.g., some individuals fear flying over driving, despite flying being statistically safer.

It also turns out that human decision-making void of emotion can also become quite irrational. When posed with two alternative dates for an appointment, an individual with an injured ventromedial prefrontal cortex–a region of the brain associated with emotions and decision-making–took close to 30 minutes to weigh out the pros and cons of each date, considering anything one could reasonably think about that might impede his ability to make the appointment on either day (Damasio, 2006).

According to Immordino-Yang and Damasio (2007), cognition, especially the aspects of cognition that we ask of students in school, “namely learning, attention, memory, decision making, and social functioning, are both profoundly affected by and subsumed within the processes of emotion.”

Emotional processing is necessary for students to be able to transfer that which is learned in the classroom to the outside world; simply having the knowledge does not necessarily mean that students will take advantage of it in different contexts. They suggest that emotional processing provides a “rudder to guide judgement and action” (Immordino-Yang & Damasio, 2007).

Immordino-Yang and Damasio (2007) end their piece with the following lines:

Learning is an inherently emotional process. Our emotional well-being affects our ability to learn; when we are not stressed, nor feeling anxious, we are best able to engage with material. Though what’s more, our emotions can be leveraged in the learning process; when we are excited about something, we will be able to push ourselves to learn it better.

Of the many findings from their meta-analysis of inquiry-based science learning, Minner, Levy and Century (2010) suggest that teaching techniques where students are actively engaged in their learning process through investigations are more likely to increase conceptual understanding than are students in passive learning environments.

The researchers also cite a study which found that students in active learning environments better retained their conceptual understanding over a longer period of time.

While I give inquiry-based learning only a cursory mention, I do so to emphasize that pedagogies can create engaging, real-world activities that encourage students to grapple with concepts, and make them emotionally engaging for students.

Teachers who are most concerned with student performance tend to neglect student emotion, which, ironically, leads to lower levels of student achievement. The same could be said at the systemic level: we have tried to quantify and assess what we believe to be student learning, and in doing so, we have overlooked the fact that learning is a complex, personal process and is necessarily consumed by our emotional processing.

Armed with this information, we can begin to design learning experiences to meet the social and emotional needs of students. It just so happens that there are pedagogies which lend themselves to do just that. In any classroom setting, creating an environment that incorporates students’ social and emotional learning, and which has students emotionally engrossed, will better enable them to engage with, grapple with, and ultimately better understand the content material which we hold so near and dear to our hearts.

Here is a link to a Learning and the Brain blog post reviewing Immordino-Yang’s book: Emotions, Learning, and the Brain: Exploring the Educational Implications of Affective Neuroscience.

Diamond, A. (2010). The evidence base for improving school outcomes by addressing the whole child and by addressing skills and attitudes, not just content. Early Education and Development, 21(5), 780-793. [link]

NEXT
A Working Memory Intervention That “Really W...