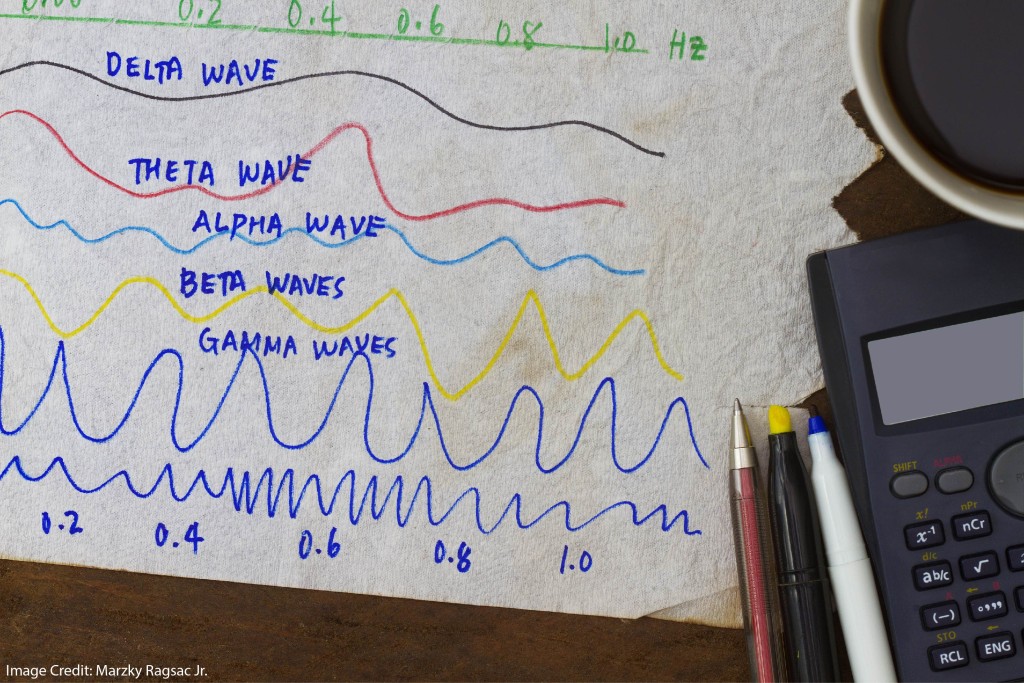 Earlier this month, I linked to a study showing that declarative and procedural memories correspond with different brain-wave frequencies.

This week: another study making a similar point. Researchers have found that frontal, temporal, and medial temporal lobes align neural activity at lower frequencies as new memories are formed. (At higher frequencies, neural alignment is weaker.)

This suggests that, for someone to form new memories, two functions must happen simultaneously: brain regions must individually process a stimulus, and then those regions must communicate with each other at low frequencies.

I suspect that over the next few years, our understanding of long-term memory formation will move in this direction. That is, we will increasingly combine the study of synapse formation between neurons with the study of frequency alignment among brain regions.

That account will doubtless be more complex. But: if it’s more accurate, that complexity will ultimately be more helpful to us all.

When I was in grad school, Kurt Fischer often said “when it comes to understanding brains, we’re still in first grade.”

He meant that the brain is just so complicated, we have only just begun to understand it.

For teachers interested in neuroscience, this truth has a powerful consequence. Much of what we learn about the brain today will be understood differently next year. It might be quaint in ten years.