To learn in school, I need to pay attention. 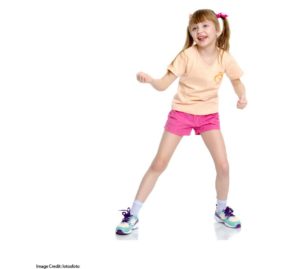 More precisely, I need to pay attention to the subject I’m learning.

If I’m attending to …

…the sudden snowfall outside, or

…the spider on the ceiling, or

…the odd squeaking sound coming from the radiator,

then I’m not paying attention to…

…the Euler bridge problem, or

…the subjunctive mood, or

…the process for setting group norms.

We teachers wrestle with this problem every day. What can we do to help students pay attention so that they learn?

But Does It Work in Real-World Classrooms?

And, we’ve got research — especially with younger children — that movement and exercise in class enhance attention.

First, all that research doesn’t answer the essential question: “do movement and exercise help students learn?” We know they enhance attention. And we know that extra attention should boost learning. But: does it really work that way?

Second, most of that research on in-class exercise happens with younger students. What about older students? And, by “older,” I mean “older than 3rd grade.”

Wouldn’t it be great if someone looked at the effect of exercise on attention and learning in older students?

A research team in Canada has explored these questions. And, they did so with a helpfully clear and sensible research paradigm.

They invited college students (who are, indeed, older than 3rd graders) to watch a 50 minute lecture on psychology.

One group watched that lecture straight through, with no breaks.

First: the exercise group were considerably more alert during the whole lecture than the other two groups. (That is: their heart rate was measurably higher.)

Second: the exercise group paid attention much better. They remained on-task about 75% of the time during the full lecture.

Third: We care about alertness and attention only if they lead to more learning. Well: 48 hours later, the exercisers remembered more.

So, this study tells us that older students (like younger students) benefit from exercise during a lesson.

First: I think it’s helpful to see how each research study builds on previous ones. This study gives us important new information. But, it does so by drawing on and extending research done by earlier teams.

In educational psychology, no ONE study shows anything. Instead, each study builds incrementally on earlier ones — and creates a more interesting, more useful, more complex, even more contradictory picture.

Second: in this study, the students watched video lectures. Their experience wasn’t EXACTLY like online learning. But: it was an interesting relative of online learning.

Should we extrapolate from this study to encourage our online learners to move? That doesn’t sound crazy to me.

So: they learned more — AND it took more time for them to do so. We have to be honest with ourselves about that finding.

My own view: I’d rather give up some class time for exercise if it means students attend and learn more. And, if that means I have to present less content, I’m okay with that exchange.

After all: it doesn’t matter if I teach material that students don’t learn. My job is to help them remember. Exercise breaks do just that.

NEXT
Executive Function Isn’t What You Think It I...