When I first published this post back in 2019, the underlying research wasn’t publicly available; now it is!

Take a gander at this passage from Michael Jones’s recent biography of The Black Prince:

“In the fourteenth century England used a silver standard of currency. The unit of account was the pound sterling (£) which was equal to one and a half marks of silver. The pound was divided into twenty shillings (s), each of twelve pence (d). There was also, from 1344, a gold coinage based on the noble, which was conventionally worth 6s 8d, but was rarely used. It would, however, be significant in the calculation of the ransom of King John II and also in the introduction of gold coinage into Gascony and then the principality of Aquitaine by the Black Prince.”

Many readers, I suspect, felt tempted to give up relatively quickly. (Don’t blame yourself if you did.) Unless you’re really up to speed on 14th century English currency–both silver and gold!–the paragraph quickly becomes overwhelming. 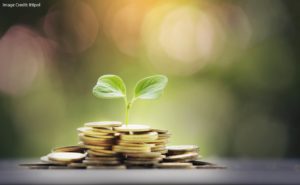 The vocabulary in this passage probably doesn’t strain our cognition. Except for the phrase “marks of silver,” I know what all those words mean. (And, I can guess from context that a “mark” is some unit of measurement.)

However, the passage does place several mental demands on the reader.

First, it invites you to undertake several rapid mathematical calculations. (Quick: how many shillings in a mark?)

Second, it requires you to learn abbreviations as you go. To understand the fourth sentence, you need to remember the (wildly counter-intuitive) abbreviation of “pence” as “d” from the third sentence.

Third, it assumes you recall several events and places unfamiliar–I suspect–to most Americans. Who was King John II? Why was he ransomed…was he kidnapped? Where are Gascony and Aquitaine? They don’t sound very English — why did an English prince introduce coinage to them? Actually: why is a prince empowered to introduce new currency?

I thought of this paragraph when I read a recent article by Robert Pondiscio. In it, Pondiscio summarizes a study trying to determine how much background knowledge is necessary for comprehension.

In this study, students who scored higher than a 59% on a background knowledge test understood a reading passage substantially better than those who scored below 59%.

As summarized by Pondiscio, the study’s authors see some clear teaching implications here.

First, we can meaningfully measure our students’ relevant background knowledge.

Second, students who fall short on that measure will benefit A LOT if we provide them with the essentials.

For instance, students who understood that “habitat,” “species,” and “ecosystems” were relevant vocabulary for the study of ecology understood the reading passage more deeply. (The study included 3500 students, so I believe they controlled for various confounds. I haven’t read the study itself–it’s behind a paywall.)

I think those conclusions point to another:

Third: models of teaching that focus on “pure discovery” will create substantial challenges for students who lack background knowledge. Students who don’t know the basics of a topic simply can’t understand the field of inquiry within which they’re meant to discover.

And, they won’t feel motivated by curiosity to find out. They’ll feel discouraged by their confusion. (Few readers, I suspect, were motivated by the paragraph above to learn more about medieval English currency.)

This study finds that 59% was the essential tipping point. Students who scored lower than 59% on the prior knowledge test found themselves in a different cognitive category than those who scored above.

However, that percentage does not necessarily apply to all circumstances.

In other words: we shouldn’t give our students prior-knowledge tests, and focus only on those who score 58% and below.

Instead, we should plan our lessons and units knowing that some floor-level of knowledge will be crucial for learning most things.

In every case–as you hear me say so often–we’ll have to rely on the teacher’s judgment to discover that level.

Researchers can remind us that the floor exists. But they can’t identify it for every teacher in every classroom. Ultimately, with that research guidance in mind, we’ll find the right place for the floor. And, we’ll build it.

PREVIOUS
Game on? Brain On!: The Surprising Relationship be...

NEXT
What (and Why) Should Students Memorize? Confidenc...