How Does Self-Control Really Work? Introducing a Debate

Every teacher I know wishes that our students could control themselves just a little bit better. Or, occasionally, a whole lot better. 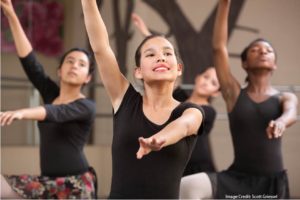 Rarely do we worry that students have too much self-control.

All these observations prompt us to ask: how does this thing called self-control really work?

In the field of psychology, that question has led to a fierce debate. If you’d like to enter into that debate, well, I’ve got some resources for you!

Roy Baumeister has developed a well-known theory about self-control. You can read about it in depth in his book Willpower: Rediscovering the Greatest Human Strength, written with John Tierney.

Think of self-control as a kind of inner reservoir. My reservoir starts the day full. However, when I come down for breakfast, I see lots of bacon. I know I…MUST…RESIST…BACON, and that self-control effort drains my reservoir a bit.

However, once I finish my oatmeal and leave the kitchen, the bacon no longer tempts me so strongly. I’ve stopped draining the reservoir, and it can refill.

Baumeister’s theory focuses on all the things that drain the reservoir, and all the strategies we can use to a) refill it, or b) expand it.

Baumeister calls this process by a somewhat puzzling name: “ego depletion.” The “depletion” part makes good sense: my reservoir is depleted. The “ego” part isn’t as intuitive, but we’ll get used to that over time.

The key point: in recent years, the theory of ego depletion has come under debate — especially as part of the larger “replication crisis” in psychology.

Some say the theory has (literally) hundreds of studies supporting it. Others note methodological problems, and worry that non-replications languish in file drawers.

Because self-control is so important to teachers, you just might be intrigued and want to learn more.

One great resource is a podcast, charmingly titled “Two Psychologists, Four Beers.” A couple times a month, Yoel Inbar and Michael Inzlicht get together over a few brews and chat about a topic.

In this episode, they talk about this controversy at length and in detail. SO MUCH interesting and helpful information here.

One key point to know: Inzlicht himself is a key doubter of Baumeister’s research. He’s not a dispassionate observer, but an important critic.

However interested you are in the topic of self-control, you might not have 80 minutes to devote to it.

Or, you might worry it will be overly complex to understand the first time through.

Good news! Ahmad Assinnari has put together a point-by-point summary of the podcast.

You could read it as an introduction to an upcoming debate, and/or follow along to be sure you’re tracking the argument clearly. (BTW: Assinnari refers to Inzicht both as “Inzlicht” and as “Michael.” And, beware: it’s easy to confuse “Michael” with “Michel,” another scholar in the field.)

With these few steps, you’ll be up to speed on a very important debate.