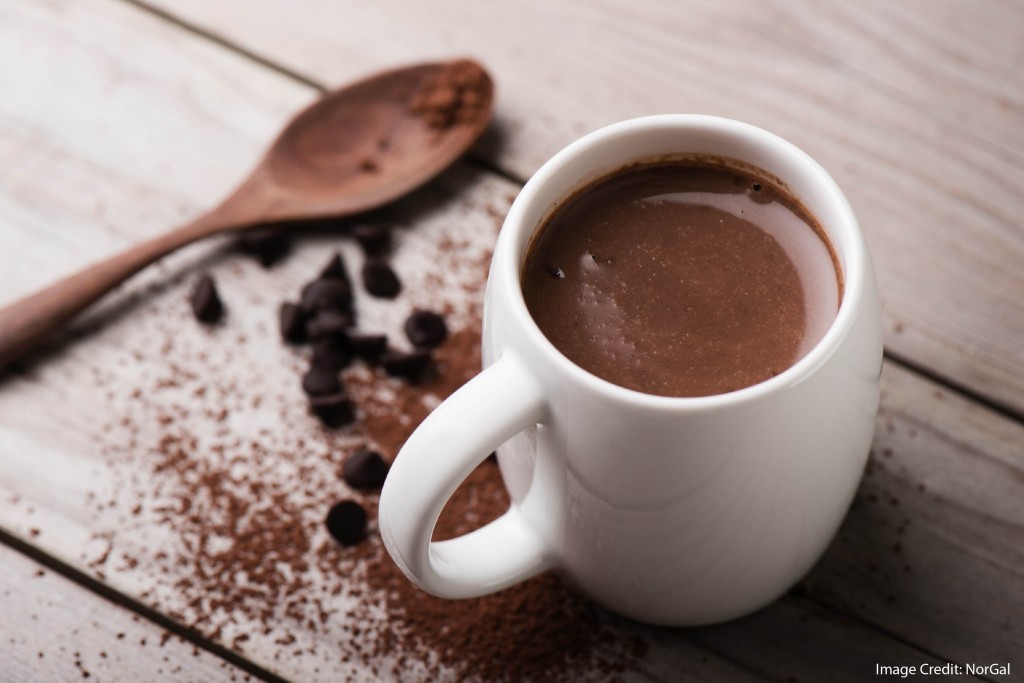 What’s not to love? The photo shows a mug of cocoa, with an already-nibbled chocolate bar in the background. Even better, the headline alerts us that both the cocoa and the chocolate “enhance cognitive abilities and memory.”

For once, this headline is not overselling the scientific article. In the abstract, the authors really do say

Although still at a preliminary stage, research investigating the relations between cocoa and cognition shows dose-dependent improvements in general cognition, attention, processing speed, and working memory.

The authors even use the word “nutraceutical”–new to me–to emphasize that chocolate is both nutritious and pharmaceutically beneficial.

New that sounds this good can’t be true. Can it?

Maybe the News Really Is That Good

For their review, Valentina Socci’s team assembles a solid list of articles touting the physical benefits of cocoa flavanols: compared to control groups, those who have chocolate or cocoa over several days/weeks show better blood pressure, insulin resistance, and brain blood flow.

changes in SSVEP average amplitude and phase across several posterior parietal and centro-frontal sites that indicated an increased neural efficiency in response to the working memory task.

Increased neural efficiency on a working memory task! Now you’ve got my attention…

Then Again, Maybe Not…

All that chocolate may have changed SSVEP average amplitude and phase. However, as teachers, we don’t really care about that: we care about learning. Did this “increase in neural efficiency” actually improve working memory?

Similarly, another study showed that chocolate improved neural activity “in various brain regions in response to an attention switching task.”

But, that improved neural activity didn’t make them any better at switching attention.

In fact, of the six studies that focus specifically on one-time doses (not weeks-long doses), two showed no meaningful cognitive differences for those who had chocolate/cocoa, and the others showed differences in some measures or some participants–but not in all.

In other words, the research is suggestive and interesting, but hardly persuasive.

I suspect that most of the people reading this blog are in the world of PK-12 education. How many of the people being studied were PK-12 students?

For the studies looking at one-time doses of cocoa, most were in college.

For the studies looking at daily shots, many (most?) of the participants were older than 55.

In fact, many of these studies focused on people with some kind of cognitive impairment: typically dementia.

Based on the data gathered here, I think we can reasonably say that for older people–especially those with some cognitive problems–cocoa flavanols might have some physiological benefits (blood pressure, insulin levels), and might even offer some cognitive boosts as well.

That’s exciting and helpful if you teach people, and especially if you are taking care of someone, in that group. (If you’re looking after someone with dementia, by the way, don’t rely on a blog for medical advice: talk with a doctor.)

However, we have no good reason to think that chocolate offers cognitive benefits for PK-12 students. Perhaps it does–but this article simply doesn’t present direct evidence to support that conclusion.

At the same time, I am entirely willing to hypothesize that chocolate offers substantial emotional benefits. For this reason, S’mores will be served at the upcoming Learning and the Brain Conference…

NEXT
Rates of ADHD Diagnosis: Age, Gender, and Race