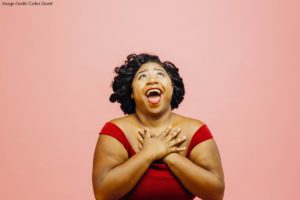 We praise and reward the outspoken student. We worry over the quiet student. Often we champion group discussion and teamwork, and look askance at soft-spoken, individual effort.

Whatever the truth of these concerns, this framework rests on the unspoken assumption that introverts and extroverts remain constant in their identities. Introverts act introverted most (or all) of the time. Extraverts are the life of every party.

What if that weren’t true? What if we could deliberately act more one way other the other?

But, Why Are You Asking?

Before we investigate those questions, we should ask a more basic one: why bother? Why encourage extraverts to act like introverts?

It turns out that, on average, extraverts feel happier than introverts do. (Psychologists typically speak of “well being” more than happiness. And, they’ve got fancy terms to define and measure it. But, at the end of the day, extraverts experience more of the good stuff than the introverts do.)

So, if we could help introverts be more extraverted, would they feel happier?

And so, researchers ask this question as a way to promote happiness, and all the good things that come with it.

The Research, the Results

They did all the things you’d want researchers to do. For instance: they took care to describe introverted and extraverted behavior equally positively. (That’s hard to do, in a culture that valorizes extraversion.)

Margolis and Lyubomirsky kept track of roughly 2 dozen variables, and so they’ve got LOTS of results to report. The headlines:

Back to Deci & Ryan: they experienced connectedness more often when extraverted.

Extraversion, however, had weak or inconsistent effects on life satisfaction, and Deci & Ryan’s competence.

For that reason, we’ll want to look out for follow-up studies to see if other researchers arrive at similar conclusions.

Also, they emphasize that their data come from self-report–a kind of measurement that’s inherently less reliable than other kinds.

Those caveats (and many others) acknowledged, I think this study highlights encouraging possibilities.

First: people can successfully change their behavior. Even though I might incline to introversion, I can push myself to act extraverted. And when I do, I get the happiness benefits that extraverts get.

I should emphasize, this second point is my own: neither stated nor implied by Margolis and Lyubomirsky. And, I could be entirely wrong. Perhaps a week-long experiment in extraversion is beneficial for introverts, but more than a week is draining. Or, perhaps voluntary extraversion produces these benefits, but school-required extraversion doesn’t.

In any case, I think we can usefully rethink questions about introverts and extraverts in school.

As you read this post–which seems to champion extraversion–you might wonder where I myself fall in this dichotomy. That is: am I promoting extraversion simply because I’m an extravert?

The answer is: I am a little bit of both.

If you meet me as a presenter at a Learning and the Brain conference, you’ll see my extraverted side. In that professional setting, I’m comfortable putting on my loud-in-public persona.

If you meet me at a cocktail party, you’ll definitely see my introverted side. I’ll be in the corner having a deep conversation with one person. I certainly won’t be introducing myself to strangers, and telling raucous jokes to a room of on-lookers. (Who am I kidding? I rarely go to cocktail parties, because my introverted side doesn’t like small talk.)

In brief: I’m not championing extraversion because I’m an extravert.

I’m inviting readers to rethink the very belief that extraverts and introverts are two different species. I think we’re all a bit of both.

And, if we can help our students (and ourselves) by encouraging extraversion, then schools and teachers should know the good we can do.

2 Responses to When Introverts Act Like Extraverts (and Vice Versa)

PREVIOUS
The Deepest Well: Healing the Long-Term Effects of...

NEXT
What if a Research-Supported Educational Idea is U...