Studying Mindfulness: An Interview with a Scientist on the Frontlines of Meditation Research 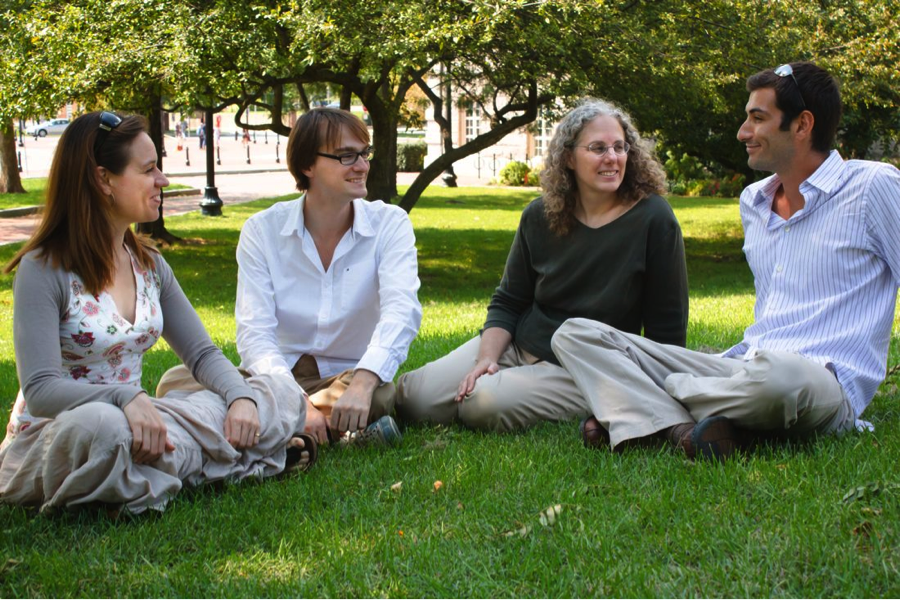 Dr. Sara Lazar began a yoga and mindfulness practice after a sports injury in the 1990s. Mindfulness – a practice rooted in Eastern philosophy of tuning into the body, mind, and environment – is quickly gaining credibility in the research world. Dr. Lazar has published several papers on the effects of mindfulness meditation on the brain, body, and wellbeing and is currently leading two studies in the Department of Psychiatry at Massachusetts General Hospital. I recently had the opportunity to speak with her about the history and future of mindfulness meditation in scientific research and its reach into classrooms.

Deshpande: What benefits can meditation have on the brain and wellbeing?

Lazar: Meditation practice is associated with changes in brain structure. Some of these changes are correlated with positive benefits.

Two structural changes in the brain are actually associated with decreased stress and increased wellbeing.  In other words, it’s not just self-reported measures – it’s that there is brain change (seen with magnetic resonance imaging) behind self-reports of lower stress, emotion-regulation, and greater wellbeing.

Research also suggests a preservation effect of brain structure and function with normal aging.  Our first data showed the brain structure was preserved with aging,1 and newer research supports that meditation may help preserve function.2 We also see increases in the hippocampus and in memory and more.

Deshpande: Can children and adolescents benefit from mindfulness practice in schools?

Lazar: There’s quite a bit of research on this actually, and the data is pretty clear. Mindfulness practice has a positive impact on stress and emotional regulation in children, teens, and young adults.

As a mother, I can tell you that stress in school these days is much higher than when I was in school. Drugs are being prescribed in record numbers. So from a stress-reduction standpoint, mindfulness practice would be highly beneficial for students.

There is also growing literature that mindfulness meditation can enhance various cognitive skills, which I think should be thought of as a secondary benefit. To me, the primary goal should be stress reduction and emotion regulation, rather than using meditation to try to achieve some goal, which will just create more stress. Plus, it might defeat the purpose.

There should not be pressure to meditate ever for any reason.  Children should enjoy the benefits of reduced stress so then they may actually choose to start practicing on their own and perhaps maintain a regular practice. With more pressure for a certain outcome, they’ll likely see it as a chore and stop doing it.  It’s basically just mental exercise. You really just want them to start practicing for themselves and like the experience. Mindfulness practice that has been incentivized by promising cognitive benefits likely won’t be as rewarding, at least probably not for the long-term.

Deshpande: Do you have any reflections on existing mindfulness research or curriculum for the classroom?

Not being a teacher, I don’t know that I can make a formal recommendation for what’s useful or feasible for a particular classroom. What I’ve heard is that teachers like to offer mindfulness practice at the beginning of class for a minute or two to help students get settled.

I would say that it’s important to not to make it a forced thing no matter when it’s offered. Hopefully teachers and curriculum developers will figure out ways to make it a natural and effective offer. I don’t have the formula yet. And it might not be for everyone. Not everyone takes to it.  For example, children who may not want to participate in morning practice could sit and doodle. For some kids, it might not take it right away but then they might start liking it at some later time. If there’s a way to make it available to students but not necessarily mandate it, it may be more likely that these practices would be used as tools for self-management.

Deshpande: Do you engage in a personal mindfulness practice?

Lazar: Yes. My practice is highly erratic. Some days it’s 40 minutes, and other days it may be 5 minutes. It also goes through phases; sometimes more, sometimes less. My meditation practice varies tremendously.

Deshpande: How did you first become interested mindfulness meditation practice?

Lazar: A sports injury brought me to yoga in ‘94. The yoga teacher included five or ten minutes of mindfulness at the end of class, and I gradually switched over. Eventually I began practicing Vipassana, an insight meditation.

I started to go on retreats, and that deepened my practice in a lot of interesting ways. It made me practice more regularly than before and my metta practice – openness and loving kindness toward others- got deeper over time. I’d usually go on a one-week retreat about once a year here in Massachusetts. A few times, I went on a two-week retreat. By two weeks in, you’re really able to be more settled. It’s nice to have that second week.

Deshpande: Any personal reflections for people new to or considering a mindfulness practice?

Lazar: I was so nervous on my first retreat. I had done some regular daily practice for a few years and a few one-day retreats that helped prepare me.  I was just so nervous to practice all day for a whole week. But it completely changed my world. You get a to a place you might not normally know. Quiet, very quiet. And very centered. It’s hard to explain, but it’s a wonderful experience.

While more research is needed to determine mindfulness’s effect on student performance in academics, I agree with Sara: mindfulness practice ideally should retain a primary purpose of psychological and physiological relief for students and teachers. In high stakes testing environments, mindfulness as a tool for stress alleviation – quieting the mind – would organically support a secondary purpose of enhanced focus and school performance.

PREVIOUS
Moral Tribes: Emotion, Reason, and the Gap Between...
NEXT
3 Strategies for Giving Yourself a Smarter Pep Tal...