3 Strategies for Giving Yourself a Smarter Pep Talk 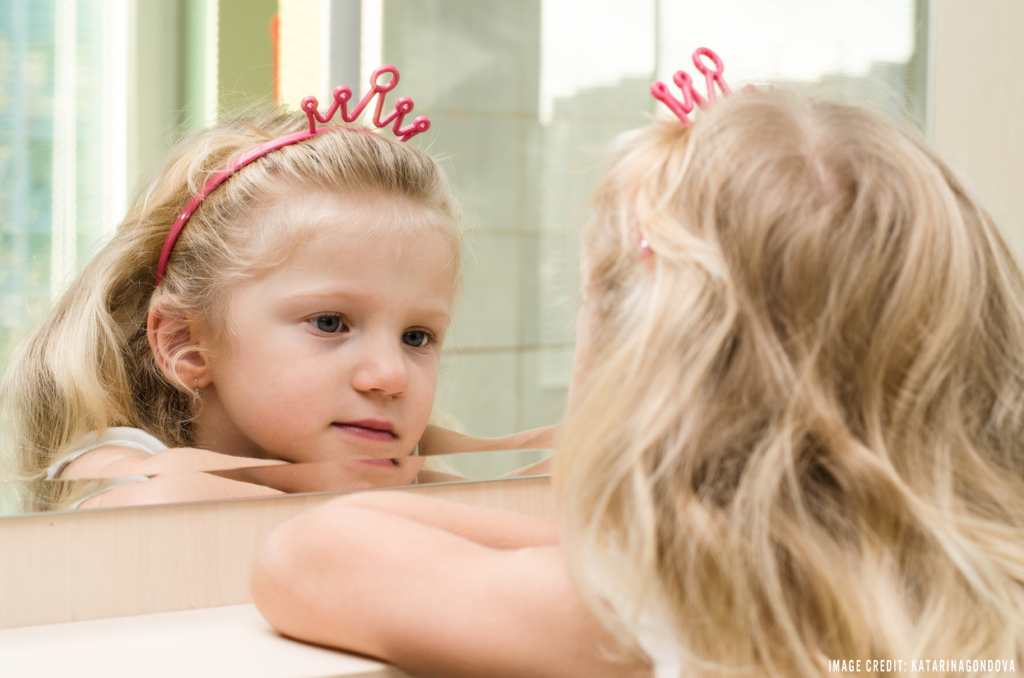 “I am a lean, mean, mathing machine.”

In college, I’d repeat this phrase to myself, muttering under my breath before every calculus exam. This mantra reminded me that I was tough, prepared, and capable of setting aside my nerves.

People engage in self-talk all day long, and it’s a powerful tool for shaping emotional well-being. The pep talks we give ourselves can make daily stressors more manageable, helping us to push past bumps in the road. And changing the way we talk to ourselves may be a powerful tool for regulating our emotions. For example, in one study, adults at risk for depression who were coached to talk to themselves in ways that fought back at their “inner critic” saw a reduction in depressive symptoms.1

Being deliberately strategic about the way that we talk to ourselves in frustrating, stressful, or tempting situations may help us persist on challenging tasks, pursue actions aligned with our goals, and perform our best. So what does science suggest about the kinds of self-talk that might be more effective at steering yourself (and your students) toward better regulation?

Below are three lessons from current research on self-talk:

Using your own name instead of first person pronouns (I, my, etc.) during self-talk may help you approach challenges more effectively.

People who used their own names reported greater decreases in anxiety after the interaction. Independent judges that watched videos of the interaction rated these participants as having made a better impression overall.

Because people use names and third-person pronouns to refer to other people, the authors of the study suggest that using this voice helps people move away from self-centered perspectives toward more objective thinking.

This fits into research on “psychological distancing,” which suggests that putting distance between yourself and the situation can support self regulation. In another study, using the third person and pretending to be a fictitious character (such as Batman or Dora) were both related to better executive functioning* in 5-year olds, but not in 3-year-olds.3 This suggests that pretend play may also be able to generate psychological distance. The authors suggest that the 3-year-olds in the study didn’t benefit from psychological distancing because they weren’t yet able to effectively take on different perspectives.

Why does psychological distancing help? In one study, 226 African-American adolescents were asked to reflect on a recent experience that made them angry. After reflecting, they were asked some questions about how they remembered the episode. The more teens reported feeling distant from the experience (e.g., like they were watching it from far away, or that it seemed like a movie), the less upset they felt.4 When researchers read the teens’ written reflections on the angry scenarios, describing the situation with more distance was linked to re-interpreting the situation with some potentially productive insight, rather than a straightforward summary of the experience.

Putting a label on your feelings may help regulate negative emotions. Some studies suggest that labeling emotions reduce people’s physical responses (specifically heart rate and sweat) after a stressful experience. In one study, the more anxiety-related words people identified (from a set) as describing their emotional state during exposure therapy, the more their body responses dropped after a stressful experience.5

The authors of this study suggest that practice with labeling emotions may help your brain learn to support better regulation. What do they mean?

Labeling the emotions is found to increase blood flow (suggesting neural activity) to an area in the far right part of the prefrontal cortex known as the right ventrolateral PFC.6 In one study, greater blood flow to this part of the brain was linked to less neural activity (inferred from from blood flow) in the amygdala, a brain region important in processing fear. This link between the prefrontal cortex-amygdala suggests a possible mechanism for emotional regulation supported by labeling the emotions. It is important to note that these brain regions are also involved in many other behaviors and emotions, so more work is needed to confirm this connection. However, it converges with other research suggesting that labels have value.

Unlike switching to using third-person language, emotion labeling seems to only change people’s body responses, not how anxious people report feeling.5 Some suggest that this means that labeling feelings isn’t helpful. But others suggest that people who have labeled their emotions still experience anxious feelings, but simply aren’t as upset by them, which is reflected in their body responses.

In general, more clarity and specificity regarding personal experiences is what some psychologists call “emotional granularity.” In adults, having higher emotional granularity is associated with better responses to different stressors, including less aggression and drinking when experiencing stress.7

Why is this the case? While no one knows for sure, some researchers speculate that by using more detailed language in their self-talk, people are giving themselves more information about the situation. This explanation suggests that people are perhaps then able to act on this information more clearly when deciding what to do next.7

Putting this in practice: the RULER program

Fifth and 6th grade students in classrooms with the RULER Feeling Words curriculum demonstrated improved language arts grades and work habits grades as compared to students in classrooms that did not implement this curriculum. Students in this program also showed higher teacher ratings related to positive relationships, leadership, and studying, as well as lower teacher ratings of problem behaviors. This research suggests that social and emotional curriculum can go hand in hand with educational goals.

When moving research from psychological theory into practice, it also may be important to consider students’ cultural backgrounds. Much of the research featured here has emerged from Western frameworks about emotion and research with Western participants. However, some cross-cultural work suggests that, on average, East Asians may rely on less body-driven processes for understanding their emotions,9 with different implications for what regulation strategies may then be effective. In an era where classrooms are looking increasingly diverse, it may be important to seek a better understanding of how people from many cultures experience and regulate emotions.

How can children get better at regulating their emotions and behaving in ways that support their goals, particularly when faced with frustration, stress, or temptation? This complex question about human development is far from resolved. However, educators have opportunities to share strategies that may help students get themselves through difficult moments—and these self-talk strategies may be among them!

* Previously, I’ve written about EF as an umbrella term for cognitive processes that regulate thoughts and actions. In this case, researchers studied children’s ability to switch between tasks, hold information in memory, and inhibit their responses.

PREVIOUS
Studying Mindfulness: An Interview with a Scientis...
NEXT
Duly Noted: The Difference Between Laptops and Pen...