Duly Noted: The Difference Between Laptops and Pen & Paper 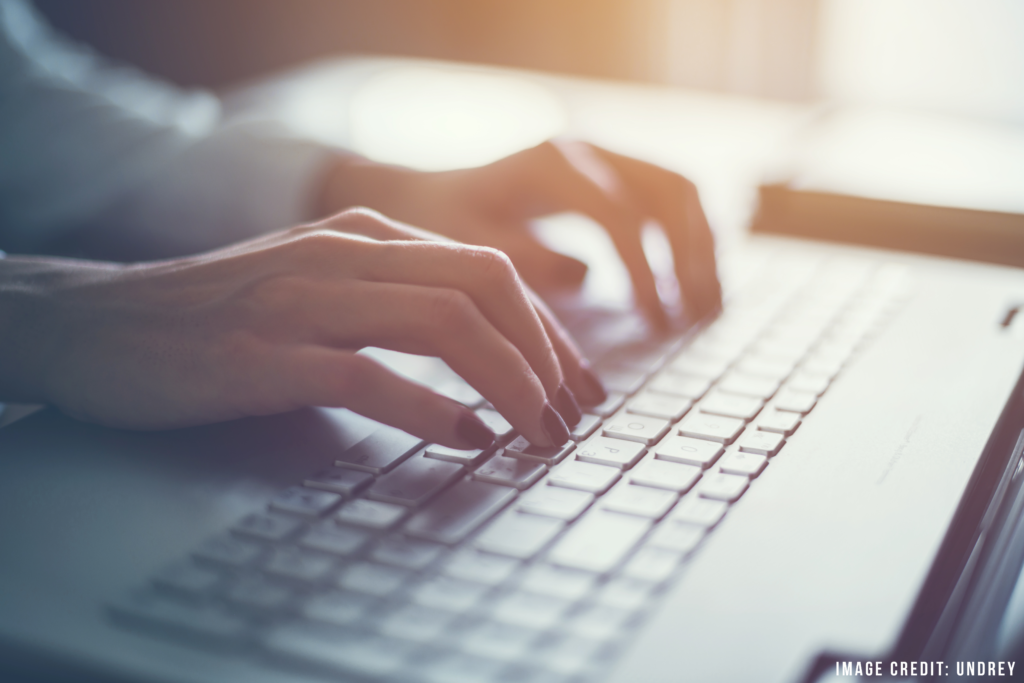 In April of 2014, Pam Mueller and Dan Oppenheimer struck psychology gold with their cleverly titled article, “The Pen is Mightier than the Laptop: Advantages of Longhand over Laptop Note Taking.”1

No psychology article that I know of has gotten so much play: in newspaper articles, in teacherly blogs, in faculty room debates.

Heck, it shows up regularly on my Facebook feed, as my exasperated college professor friends vow to ban laptops from their classrooms. That prohibition will benefit students! Science says so!

Among the article’s many strengths: it confirms what we knew all along. The way we did things back in the day—that way was better. (If you’re so inclined, you might now add nostalgic words about high cotton paper positively drinking the ink from a fountain pen…)

So, the research team had two groups of students watch a lecture. One group took handwritten notes; the second group took laptop notes. On a later test, which group remembered more?

Being careful researchers, Mueller and Oppenheimer went beyond “laptop notes” and “handwritten notes” to investigate two other potentially important variables.

Let’s imagine the professor says this:

“Four score and seven years ago our fathers brought forth on this continent a new nation, conceived in liberty, and dedicated to the proposition that all men are created equal.”

A student could write lots of words:

The second variable: fidelity to the lecturer’s words.

A student could copy down those words verbatim:

Or, a student could deliberately put those ideas into her own words

Looking at all these variables—laptops vs. notebooks, number of words, and fidelity of notes—Mueller and Oppenheimer reached three conclusions.

a) The Big Reveal: hand-writers remembered more than laptop note-takers. When it comes to classroom note-taking, in the authors’ words: “the pen is mightier than the laptop.”

b) The number of words does matter. Students who wrote MORE words remembered more information than those who wrote FEWER words.

c) The fidelity of notes does matter. Students who REWORDED their notes remembered more information than those who took down the speaker’s words VERBATIM.

These conclusions align with our preconceptions. After all, a) OF COURSE handwritten notes are better. And, b+c) students who write more words, and write more of their own words, have devoted more mental energy to processing the ideas in the lecture. As we all know, more mental processing = more learning.

Here we arrive at Mueller and Oppenheimer’s key finding: laptop note takers write more words, but they use this excess word capacity to write more VERBATIM words. Because hand-writers simply can’t write down everything the lecturer says, they have to REWORD the ideas in the lecture. This rewording leads to more cognitive effort, and that cognitive effort leads to more learning.

In other words, technology steers note-takers in meaningful directions. Those who use paper-and-pencil technologies write slowly, and therefore must reword their notes. Those who use laptop technologies write quickly, and therefore take down the speaker’s words verbatim. This second choice might seem wiser, but in fact reduces processing and thus undermines long-term learning.

Being careful researchers, Mueller and Oppenheimer didn’t stop here. Instead, they asked a crucial question: can laptop note-takers learn to replace verbatim notes with reworded notes? Could they, in other words, use their capacity to write more words for good, rather than for evil?

To answer this question, they repeated their study, and they gave laptop note takers stern instructions: “People who take class notes on laptops … tend to transcribe what they’re hearing without thinking about it much. Please try not to do this as you take notes today. Take notes in your own words and don’t just write down word-for word what the speaker is saying”.

The result? Nothing changed. Defying these admirably clear instructions, laptop note-takers took verbatim notes, and remembered less than the hand-writers, who used their own words.

Well, of course not. We’re teachers. When we show our students how to do something, they ALWAYS fail the first time. And, most likely, several more times. For this reason, we naturally build in time for students to practice. Learning any meaningful skill requires structured repetition. Obviously.

And yet, Mueller and Oppenheimer insist just the opposite. You can hear them cry: “Those laptop note-takers really should have used their own words BECAUSE WE EXPLICITLY TOLD THEM TO.”

Once. You told them to, once.

Did they get to practice? No. Did you tell them why? Not really. And: you’re surprised they didn’t change a behavior they’ve been practicing since they first started taking notes on laptops? Really?

Let’s combine our experience as teachers with Mueller and Oppenheimer’s research.

Teacherly wisdom shows that we can train students to learn new skills: how to multiply fractions, how to use the subjunctive, how to throw a knuckleball. It seems highly likely that we can train laptop note takers to reword their notes. This training might take some time. The students’ progress probably won’t be constant. But, they can learn to do it.

After all: hand-writers have learned to reword their notes, so it’s hard to understand why laptop note-takers can’t.

If students succeed in this project, then they will end up with an awesome classroom superpower: the ability to write more words AND reworded words. With this superpower, they should remember even more than the hand-writers, who write fewer words that are reworded words. This likelihood, in fact, flows directly from Mueller and Oppenheimer’s research.

Under the right circumstances, the laptop just might defeat the pen.

Mind you: the study to test this hypothesis has not—to my knowledge—been done. But the hypothesis is, I think, the best interpretation of Mueller and Oppenheimer’s research.

One Response to Duly Noted: The Difference Between Laptops and Pen & Paper

PREVIOUS
3 Strategies for Giving Yourself a Smarter Pep Tal...
NEXT
Ostracism Hurts: Why being ignored can be just as ...