How Best to Take Notes: A Public Service Announcement 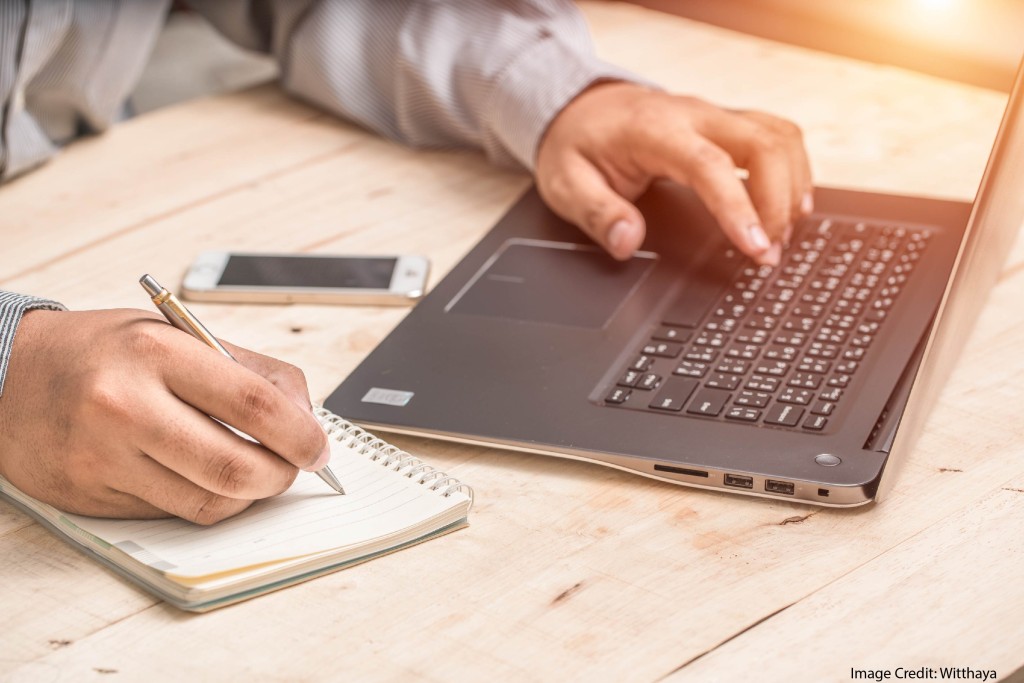 The school year is beginning, and so you’re certainly seeing many (MANY) articles about the debate over laptop notes vs. handwritten notes.

If your research stream is anything like mine, most of the articles you see assert that handwriting is superior to laptops for note-taking.

And, most of those articles cite Mueller and Oppenheimer’s blockbuster study, arguing–as its witty title avers–“the pen is mightier than the keyboard.”

Here’s my advice: don’t believe it.

More substantively: it’s possible that the pen is mightier than the keyboard. However, Mueller and Oppenheimer’s study supports that conclusion only if you believe that students can’t learn new things.

(Of course, that would be a very odd belief for a teacher to have.)

If you believe that students can learn new things, then this widely cited study suggests that laptop notes ought to lead to more learning than handwritten notes.

Mueller and Oppenheimer’s research clearly suggests that a) + b) ought to lead to more learning.

The details of this argument get tricky; I lay them out in this post.

FIRST: I am not saying that I know laptop notes to be superior to handwritten notes.

I am saying that the study most often used to champion handwritten notes simply does not support its own conclusion. If you believe students can learn new things, then Mueller and Oppenheimer’s research suggests that laptop notes ought to lead to more learning.

A study testing my hypothesis has not–as far as I know–been done.

SECOND: you might reasonably say that students taking notes on laptops will be distracted by the interwebs. For that reason, handwritten notes will be superior.

I very much share this concern. (In fact, Faria Sana’s research shows that laptop multitasking distracts not only the multitasker, but also the person sitting behind the multitasker–a serious problem in lecture halls.)

However, multitasking is a separate question–not one addressed by Mueller and Oppenheimer.

If the answer to that question is “yes,” then we should train laptop note-takers a) to reword the teacher’s lecture–not simply to write it down verbatim, and b) to unplug from the interwebs.

This combination will certainly be difficult to achieve. But, it might be the very best combination for learning.

The laptops-vs.-handwriting debate stirs up a remarkable degree of fervor–more than I would expect from a fairly narrow and technical question.

That’s an important conversation to have. In fact, it’s central to the November Learning and the Brain Conference.

At the same time, let’s be sure that our general views on technology don’t obscure the answer to a precise, researchable question. If students learn more by taking notes on laptops, let’s find that out with well-designed research studies and then guide them well.

3 Responses to How Best to Take Notes: A Public Service Announcement

PREVIOUS
Behave: The Biology of Humans at Our Best and Wors...

NEXT
Lefty or Righty?