I first heard Dr. Bruce McEwen talk about the neurobiology of stress in 2010. He had won an award (one of a great many) at MIT, and was lecturing on intricate hormonal interactions within the hippocampus. 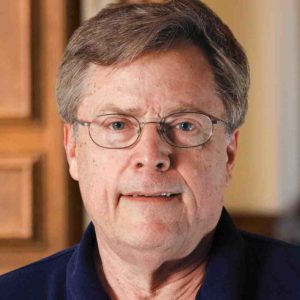 Even before he began speaking, the pulsing atmosphere in the crowded lecture hall made a vivid impression. The people around me vibrated with excitement, as if Lady Gaga or the Dalai Lama were about to come on stage. They clearly could not believe they were about to be in the same room with McEwen.

I quickly understood why.

As he began speaking, I thought…

…this is spectacularly complicated, but

…he’s presenting this information so clearly, I (a non-expert) can follow it without much difficulty, and

…gosh, his enthusiasm for the topic reminds me of Christmas morning.

Since that day, I’ve understood his fans’ excitement. So much of what we understand about stress – especially the neurobiology of stress – derives ultimately from McEwen’s work.

As I wrote when I first heard about his death, his contribution to this field can’t be exaggerated.

Little wonder that he presented at four Learning and the Brain conferences – most recently in April of 2018.

And, little wonder that the outpouring of sadness has been so widespread and heart-felt.

We will miss his warmth, his insight, and his enthusiasm.

NEXT
Should Students Exercise DURING Learning? A Twitte...