Should Students Exercise DURING Learning? A Twitter Debate Rages…

Edu-Twitter loves a good battle, and one irrupted just this week. 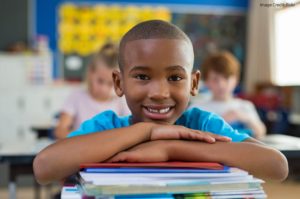 A teacher posted a video of students reading while peddling exercise bikes.

Comments roared in thick and fast.

Several people responded with “AWESOME” or “<3 this” or some other emoji for upbeat enthusiasm. But — at least in my Twitter feed — the angry skeptics were as scathing as the early fans were enthusiastic. (The word “bonkers” showed up frequently.)

Twitter doesn’t allow space for nuance (one reason I still write thousand word blog posts). In this case, I think, the twitter “debate” would have been greatly improved by context. In fact, it really needed two distinct categories of context.

Context, Part I: The Teacher*

Skeptics who responded to this post — reasonably enough — worried that reading while exercising might interfere with the students’ ability to do either thing well. (I’ll explore this concern in the next section.)

However, I didn’t see any commentary that focused on this important fact: the teacher who created this initiative is a physical education teacher. That is: it’s his job to think about and promote his students’ physical health.

In fact, he has quite a history of trying out imaginative approaches to that goal.

He’s got students playing drums with glow-in-the-dark drumsticks. (And, yes: they’re playing drums in the dark.) He’s got them doing fun obstacle courses. He’s got them kicking field-goals in the gym…by projecting goal-posts on the gym’s upper wall! If nothing else, you know his students will enjoy his class.

And, he cites lots o’ research showing the benefits of aerobic exercise for long-term memory formation. (Again, I’ll talk about this research below.)

So: we might quite reasonably worry that this biking-while-reading initiative won’t have the effect that the PE teacher wants it to. At the same time, any teacher who experiments as frequently as this teacher does will, no doubt, try some things that don’t work along the way.

But, heaven knows, I try plenty of things that don’t work in my teaching — that’s simply the price of being committed to trying new things.

And — again — this guy teaches PE. In my view, he SHOULD be trying to find ways to get more physical activity into his students’ daily schedules. Even if exercise bikes aren’t exactly the right answer, he’s questing in the right direction.

Context, Part II: The Research on Exercise and Learning

So, what does research say about exercise and learning?

In the first place, we can state with real confidence that physical fitness improves learning. We can measure this effect in many ways. But, for instance, if I increase my fitness — trust me, I’m trying! — research strongly suggests I’ll improve several cognitive functions: attention, reaction time, and so forth.

We also know a lot about the neuro-biological mechanisms. For instance: exercise boosts production of brain-derived neurotrophic factor (BDNF). And, BDNF does lots of splendid things to improve synapse formation.

To explore this general pool of research, you can start with John Ratey’s book Spark: The Revolutionary New Science of Exercise and the Brain. It’s more than a decade old now, but still a great introduction to this field.

Research on Exercise DURING Learning

But, in the second place, can we conclude that exercise during learning provides benefits, above and beyond the exercise itself? I asked Dr. Steve Most, whose lab has done some really interesting work on exercise and cognition. (You can follow him on Twitter: @SBMost.)

Here’s part of an email Dr. Most sent me:

Most of the research cited [by the teacher who posted the video] seems to do with links between general exercise/fitness and cognition. I think that’s a pretty well established link, but most of it doesn’t say anything about exercise during learning…

I’m not really convinced. One could even imagine that the scenario in the clip entails divided attention (depending on how much attention kids pay to the exercise itself), in which case it could be counter-productive.

I am aware of a study here and there that suggests that mild exercise during study can increase memory, but I don’t think the findings rise to the level of a consistent body of evidence (there may even be findings here and there of the opposite effect).

At the same time, he added an important caveat. The hypothesis that bicycle exercise during reading harms learning is plausible but also insufficiently tested.

That is, when I speculated to him that the exercise bikes would most likely divide the students’ attention and interfere with their learning, I was speculating as much as the teacher who hoped it would improve their learning.

And, to be clear, we don’t have lots of research on this precise question, but we do have some. This study and this study both found that moderate-to-vigorous exercise during lessons improved learning.

There are important differences between those research paradigms and the exercise bikes used in the video. (The exercises themselves reinforced the concepts being learned.)  And, some of the research cited by the teacher is conspicuously light-weight. (No, “crossing the three mid-lines” doesn’t do anything special for your brain. It really doesn’t.)

But to me, at least, the tentative evidence we have suggest that the teacher’s hopes were far from “bonkers.”

I am, to be clear, skeptical myself. But I do think the idea worthy of study, for a number of reasons.

First: we know quite confidently that exercise and fitness generally improve learning.

Second: we don’t have much research on the more specific question of exercise during learning. And, the research we do have doesn’t provide a consistent pattern of results.

That is: reading while riding an exercise bike might improve understanding, or impede it, or have no effect. We just don’t have enough research to say with Twitterable confidence.

Third: that being true, I think we should encourage teachers — especially PE teachers — to try plausible (if unproven) hypotheses in their classrooms. If they have plans in place to gather data, they can offer us real insight into new teaching possibilities.

Fourth: Twitter battles — especially those that devolve to emojis and insults — benefit from context. If you see a hot debate, look beyond it for research to guide your understanding.

*At the time that I’m writing this post (January 9), the teacher who posted the video has taken it down from twitter. I’m assuming (but I do not know) that the strong negative reaction prompted him to do so.

For that reason, I am not identifying him in this post, and am not linking to his account. Basically, I’m inferring a request for some degree of peace and privacy in his decision to take the video down.

I have reached out to the teacher to get his perspective on a) the goals of the initiative, and b) his students’ response to it. If I hear from him, I’ll write a follow-up post.

NEXT
Take Time for You: Self-Care Action Plans for Educ...