Starting Early: The Benefits of Teaching Counterintuitive Concepts in Childhood 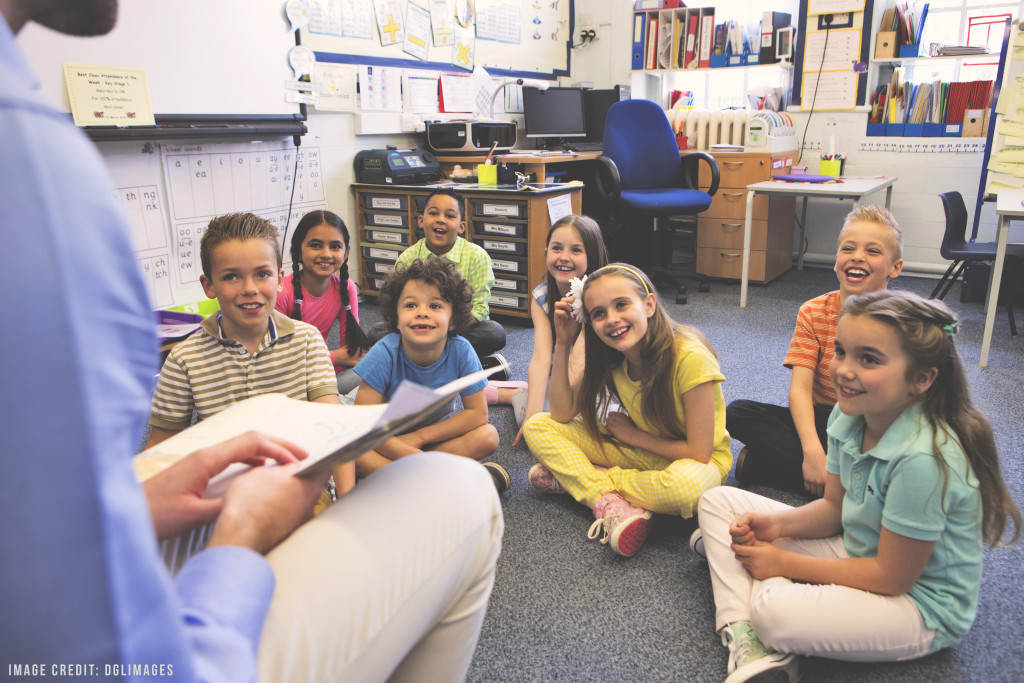 Science seems to always challenge our intuitive understanding of the world. Even as an adult, I am constantly confronted with new scientific advancements and discoveries that don’t always line up with my preconceived notions. These ideas, be it physics or biology, can be considered counterintuitive in that they often present themselves in ways that are counter to one’s intuitive notions1).

One of the most challenging and powerful of these concepts, the theory of evolution by natural selection, also happens to be one of the most rewarding; its ability to explain the complexity of life on earth, and even (to a certain extent) human nature, is unprecedented. Unfortunately, it is also one of the most controversial, especially in the United States. Reports suggest that only 60% of American’s believe in evolution, and even some of those who claim to don’t seem to fully grasp its implications 2.

Why is the concept of evolution so hard to understand and accept?

Recent research lead by Deborah Kelemen3,4 and Will Gervais 5 is helping to explain this. Previous research has shown that belief in evolution can be predicted by many demographic and cultural factors, such as religious ideology 6, political affiliation 7, and even what country you live in 8. However, research within the fields of psychology and the cognitive science of religion are beginning to uncover the cognitive mechanisms that underlie this phenomena. This new research also hints at some important strategies: we should begin teaching children how to grasp concepts like evolution while they are young, rather than waiting until they are teenagers.

Regardless of their religious beliefs, adults, and especially children, are inclined to see design and purpose everywhere9,10. This tendency may be one of the main contributors as to why individuals who favor intelligent design or creationism are reluctant to incorporate evidence for evolution into their worldview. Kelemen has documented this way of thinking, termed “promiscuous teleology”, in children as young as preschool, though it is an inclination we all share throughout the lifespan. She has found in previous research that when children were asked what the purpose of a sharp rock was, they responded with purposeful statements like “Rocks are jagged so animals can scratch themselves”11. By elementary school (ages 6-10), kids begin to develop their own “folk biology” theories (that is, how people classify and reason about the organic world) about the world around them, giving explanations for biological facts in terms of intention and design.

This can be seen in children’s design-driven descriptions for the purpose for a giraffe’s long neck – so they can reach the leaves at the top of the trees. This suggests that believing in creationism may be a very natural tendency, and that introducing evolutionary frameworks in childhood may help lay the groundwork for balancing promiscuous teleology with analytical thinking.

To see whether young children could understand the mechanism of natural selection before the alternative intentional-design ideas had fully set in, Dr. Kelemen and colleagues presented 5- to 8-year-olds with a 10-page picture book that illustrated an example of natural selection with a fictional character (the “pilosas”). In the book, the pilosas are described as insect eating mammals, with some of them having thick trunks and some with thin. The children are then told about a sudden shift in climate that drives all of the insects into narrow underground tunnels. Because of this, the thin-trunked pilosas were the only ones to be able to reach the insects, causing those with thick trunks to die off. Therefore, the next generation of pilosas all had thin trunks.

Before they heard this story, the children were asked to explain why a different group of fictional animals had a particular trait. Most of them, consistent with previous research, gave explanations based on intentional design. However, after they heard the “pilosas” story, the answers they gave were very different. They began to understand the basic tenants of the theory of evolution by natural selection. Even three months later, their understanding and analytical explanations persisted.
While Dr. Kelemen’s research sheds light on our natural tendencies to think of evolution as a counterintuitive concept, there are still questions as to how the differences between individuals (such as religiosity, political orientation, or other demographic factors) produce different beliefs about evolution, and how these individual differences interact with culture and environment.

New research by Will Gervais has found an association between cognitive style and beliefs about evolution. Cognitive style refers to two distinct mental systems that everyone uses for processing information: one system provides quick and effortless intuitive responses, where as the other system relies on more effortful and analytical processing.

In an experiment with hundreds of Kentucky undergraduates, Gervais presented participants with a common task to measure the extent to which they would engage in immediate, intuitive judgments or more explicit, analytical deliberations (which can sometimes override the initial intuitive response). He found a significant relationship between the degree to which individuals would engage in more analytical styles of thinking and their endorsement of evolution. These results still held significant even after controlling for religious beliefs and political conservatism.

Gervais’ research presents three possibilities: (1) the more an individual engages in reflective, analytical thinking, the more likely it is that they will essentially ‘override’ their natural intuitive responses when presented with evidence, thus making concepts like evolution easier to grasp, (2) some individuals may naturally have stronger intuitive responses than others, which, though beneficial in some situations, may make it particularly challenging to successfully override these teleological thoughts, and (3) an individual’s cognitive style (analytical or intuitive) may be affected by cultural input. Within this third possibility, for individuals who grow up in an environment where intellectual design and creationism are more widely accepted, overriding these natural intuitions isn’t just about implementing more analytical, reflective thinking, it also involves overriding the norms of one’s community and upbringing.

This research helps to explain why counterintuitive concepts like evolution aren’t just controversial for social or scientific reasons, but are also controversial for cognitive ones. It also helps us understand the most recent Gallup poll results, which found that nearly half of the US population rejects evolution, with creationism remaining stable for the past 30 years12*.

There seems to be a constant struggle over teaching evolution in U.S. schools13, which makes it even harder for educators in anti-evolution policy states to take action. However, the above research suggests that educators and parents should start to introduce these ideas to children when they are young, rather waiting until high school, and organizations, like the National Center for Science Education, are working to support communities in this endeavor.

Deborah Keleman has shown that children as young as 5 can grasp these concepts (and retain the information); they just need to be taught through innovative ways like storytelling. Over the past few years some excellent evolutionary children’s books have come out on the market, such as Great Adaptations, Grandmother Fish, and Our Family Tree to name a few. These can be excellent tools for teaching these concepts, second only to applying some imagination and having children create their own species and animals like Dr. Keleman’s “pilosas”. These practices should be written into the curriculum for each grade, allowing the concepts to be reinforced each year.

Counterintuitive concepts like evolution can be challenging to grasp for anyone. By taking a deeper look at the underlying cognitive reasons for this, we can improve our future approaches to science education and policy, and work towards better understanding how our social and cultural environments affect our minds — and more importantly, our children’s minds.

*It is important to note that science deals with evidence and makes no claims on the existence of God, and while many people believe evolution to be consistent with their religious beliefs12, it is still essential for public schools to focus on and implement only those theories and concepts that are supported by evidence and analytical thinking structures. Personal beliefs such as religion can then be handled and discussed outside of the classroom.

PREVIOUS
The Lollipop Problem: How Cultural Bias Makes it H...
NEXT
The Difference Between Science and Science-Soundin...