The Difference Between Science and Science-Sounding Solutions 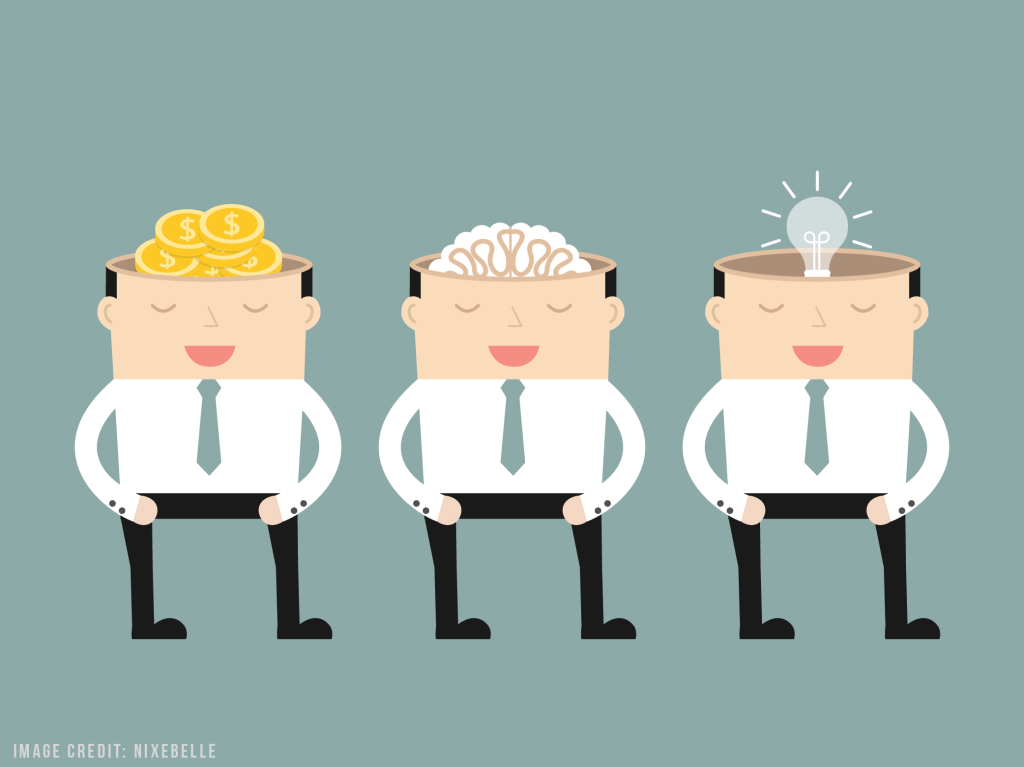 From the moment a child is born (and in some cases even before), their environment and experiences will have an impact on his or her brain. Equipped with our many senses and associated sensory organs, our dynamic perceptual systems help to shape and direct the constant changes that take place in our brains. From the molecular to the electrophysiological to the cortical, limited only by our developmental constraints, the human brain is constantly refining to better suit its context. “Neuroplasticity” is the umbrella term that refers to this incredible capacity to reorganize and adapt in response to our experiences. You may also have heard the term “plasticity”, which basically refers to the ability to change. Once thought to occur primarily during early childhood, we now know that this is an inherent quality of the brain that is maintained throughout the lifespan1.

The Rise of Neuroplasticity

In the past decade, neuroplasticity has been a hallmark of an insurgence of neuro-franchises, engulfing the brain-training and “brain education” market with remarkable tenacity. Everywhere we turn we are assured that our so-called “self-directed” plasticity will make us smarter, happier, better. Sometimes referred to as “neuroessentialism”, this strategic adoption of neuroscientific concepts to enhance psychological or sociological claims has flooded the educational market2.

The good news is that the power of these frameworks has effectively combatted once-held conceptualizations of the brain as a static, unchanging machine. Albeit an old concept dating as far back as the late 1800s, the notion of a plastic brain has only recently permeated the public sphere (reassuring those in an endless battle to learn Mandarin or “boost their IQ” that their efforts may not be in vain). Perhaps unsurprisingly, informing students of their ability to “change their own brain” can be a source of empowerment for disillusioned pupils with less-than-desirable test scores. However, to avoid misconceptions and exploitation, this type of information must be communicated carefully — and in a manner that is compliant with current scientific literature.

The Difference between “Science-Sounding” and Science

Over the past several years, teachers around the world have been on the receiving end of a number of brain-based learning packages that all too often contain startling levels of misinformation. What on the surface appear to be credible evidence-driven solutions are often comprised of sensationalized, distorted, or entirely fabricated concepts spun to sound like neuroscience. Pertinent examples include detailed diagrams on the categorization of students into “left-brain” or “right-brain” learners, as well as reports of encouragement for classroom instructors to teach skills in sync with their respective “periods of synaptogenesis” in order to effectively alter neural networks3. In both cases, the ideas sound like science, with one major problem – they aren’t.

These frameworks are a misattribution of funds at best, and damaging at worst. If a young girl is labeled “right-brained”, but develops a love for mathematics, who’s to say her trajectory won’t be shaped by the fact that she believes she has the wrong sort of brain for numbers? And how does the blanket claim that students need to sit in silence to form a new connection affect the child with ADD who already struggled to stay still through class? Without any real scientific basis for their effectiveness, such products were packaged to sell, not to serve.

These products can also obscure how important it is for good teaching practice to be responsive to factors such as attention deficits, learning disabilities and testing anxiety. Many children are affected by developmental and learning disabilities, which many brain training programs claim to “make smarter”. Such programs claim to “identify and attack the root problems of disability”, using mental exercises to train “cognitive skills”. For example, one training task from a popular program was designed to improve visual perception and alter neural growth by requiring students to match patterns under timed conditions4. The reality is that we don’t know much about what these tasks are doing, if anything. One reason is simply because the exact mechanisms of neuroplasticity and neural reorganization are still the subject of intense investigation. The other is that, in all likelihood, it’s not going to be the same for every student. Making unsupported promises to struggling students doesn’t always end well: they may not see progress, and may attribute such failure to themselves rather than the program.

Neuroplasticity is just one example of a concept from neuroscience that has been irresponsibly translated by unregulated organizations for financial gain. It’s equally important to note that not all brain-based programs lack evidence. Some are excellent applications of carefully researched phenomena. The problem is, of course, figuring out how to tell the difference. There’s no easy answer or foolproof method to this, but a good starting point is getting to know how the concept in question (in this case neuroplasticity) does work, so that we’re less susceptible to products that pitch us on ways that it doesn’t.

So, What Do We Know? Neuroplasticity through the Lens of Sensory Impairment

Neuroplasticity has been studied in many ways. One of the most interesting and fruitful is through the lens of sensory deprivation or impairment (e.g. blindness, deafness). Indeed, children born without one or more senses have historically been viewed as “impoverished” by developmental theory. The focus has often been on the devastating effects that their disabilities may have on their learning, academic performance and quality of life.

Fortunately, considerable research from the past decade has shown that is possible for children living with sensory impairment to adapt remarkably well, often superseding learners with intact sensory function. In fact, behavioral work stretching back to the early 1990s has revealed blind participants outperforming their normally sighted counterparts on a wide range of tasks including (but not limited to) tactile identification and discrimination, sound localization and identification, as well as enhanced olfactory abilities5. Such enhancements include executive functions (e.g. memory) and navigational skills. For example, one study that used a route-learning wayfinding task to compare blind (including congenital blindness as well as individuals who went blind later in life) and normally sighted participants found that blind participants made fewer errors in following a pre-memorized path compared to the normally sighted wayfinders6. This suggests that increased memory use and navigational skill are employed to compensate for their lack of sight, not only in the case of those who are blind at birth, but also for those who lose their vision later in life.

Thanks to functional neuroimaging methodologies, we have learned about the occurrence of crossmodal plasticity, which means that one or more physical brain structures are recruited to perform the function of a different sense. When we say “recruit”, we mean that there is an area or network in the brain that tends to be involved with that behavior. In the blind, evidence of crossmodal reorganization is evident during tactile (tasks that involve touch) or auditory tasks. Structures of the brain that are typically responsible for vision and visual processing are instead recruited to relay the necessary and accessible sensory information from the tactile or auditory stimuli7, 8. In other words, no areas of the brain go to waste – they are just used in different ways to make sensory processing as efficient as possible for that individual. This kind of evidence makes it apparent that the brain’s ability to reorganize itself is not only striking from a research perspective, but can also provide remarkable benefits to atypically developing brains.

Sensory impairment research has also shed light on the “dark side” of neuroplasticity; namely the maladaptive consequences of neuroplastic changes. For example, adult deaf patients with newly implanted cochlear devices struggle to use their newfound hearing to learn and use language, often choosing to continue with sophisticated communication skills such as ASL or lip-reading instead9. Similar struggles have been observed in blind participants in vision rehabilitation programs whose diagnoses were due to curable conditions (e.g. congenital cataracts). Furthermore, it has been suggested that –in some cases — areas of the brain most susceptible to neuroplastic changes may be the same areas considered most vulnerable in individuals at risk for developmental or learning disabilities. For example, one study comparing the ability of deaf and dyslexic individuals to process motion showed deaf participants were indeed better at processing motion than their dyslexic counterparts. In other words, brain processes that are most modifiable by experience may be most vulnerable in developmental disorders and the most compensatory enhancement following sensory deprivation10.

What this tells us about Science-Sounding Products

These types of findings highlight the need to not take neuroscientific concepts like neuroplasticity at face value. Not only can it be misleading, but given the great deal of scientific inquiry still to be done, the implementation of such concepts into a training or education paradigm is often meaningless without a strong scientific basis for their effectiveness within the context of the product in question. Indeed, according to the “synaptogenesis” theory mentioned previously by a popular training program, those who go blind later in life would be unlikely to regain necessary behavioral skills in light of them having surpassed the so-called “window of opportunity”. Finally, the chorus that neuroplasticity is an invariably positive manifestation is inaccurate and misrepresentative.

To say these findings are but the tip of the iceberg is an understatement. Not only in terms of our somewhat limited understanding of the underlying mechanisms of the brain’s plasticity, but also for the potential implications for teaching, education research and rehabilitation. The surplus of neuroscience-sounding misinformation dominating education is not only dangerous and nonsensical, but also takes away from the much more consequential strides actually made by cognitive neuroscience. The exact mechanisms of plasticity remain a source of ongoing investigation, but the current evidence in both normal and atypically developing brains is a crucial starting point for evaluating the merits of neuroplasticity-wrapped educational products.

Unfortunately, these products are unlikely to go away any time soon, and any attempts to regulate them are not yet reliable. It’s impossible to know everything, but by arming ourselves with knowledge of the science, we can begin to vet product quality and promote appropriate application within classroom settings; and perhaps most importantly, take steps towards eradicating the misuse of neuroscientific concepts and perpetuation of neuromyths inside and outside of the classroom.

PREVIOUS
Starting Early: The Benefits of Teaching Counterin...
NEXT
Creating Cultures of Thinking: The 8 Forces We Mus...