Over on Twitter, Blake Harvard has started a lively discussion about the persistence of Learning Styles Theory. 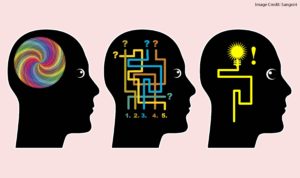 Given that the theory has been so widely debunked, why does it — zombie-like — stagger on?

To answer this question, Harvard checked out the websites of the top ten schools of education in the US. He searched for “learning styles,” and explored the first page of the search results.

His findings? Of those first pages:

One school (Columbia Teachers College) included a link that debunked the myth.

Two schools had no relevant mentions.

The remaining seven (including the ed school I attended!) included links to a neutral or positive description of learning styles.

Since posting his results, Harvard has raised the stakes.

In this twitter post, he invited readers to check out their own ed schools’ pages to see what they found.

The grim responses will dismay you. I haven’t tabulated the numbers — the list keeps growing — but the “roughly 70%” level seems plausible.

Imagine, for instance, that medical schools were still teaching miasma theory to explain cholera. Or that law schools were teaching that it’s unconstitutional for women to vote in federal elections.

In effect, that’s happening in today’s schools of education.

Perhaps this myth persists because our professional schools teach it. (Or, fail to root it out.)

Perhaps it persists because — you might want to sit down for this one — it’s mostly false but partly true.

For example: we do learn material better if we have many different ways to access a memory.

If I say: “I’m thinking of an actor from Australia,” you might or might not know who I’m talking about.

If I say: “I’m thinking about an actress. She’s from Australia. She was in that movie about Virginia Woolf. And she was married to Tom Cruise,” you’re MUCH likelier to figure out that I’m talking about Nicole Kidman.

So, too, if you believe learning styles theory, you’re likely to teach everything multiple ways (visually, auditorily, kinesthetically). That is, you’re giving students three distinct cues to access a particular memory.

This strategy WILL help students learn better, but NOT because some are visual learners and others are auditory learners.

If this explanation is true, then we have to go beyond “the theory is wrong.” We need to say “this part of the theory works for this reason, and that part works for that reason. But, the theory itself isn’t correct.”

That message requires more nuance, but might be more effective in persuading teachers — and schools of education — to update their understandings of teaching and learning.

A note on credit. I believe that this “mostly false but partly true” hypothesis comes from The Learning Scientists’ blog. Alas, I haven’t been able to locate the precise source. Credit for this idea shouldn’t go to me, but … at the moment of writing this post … I can’t determine who really gets it. I’ll update the post once I find out.

[Updated 6-7-19] Yana Weinstein-Jones has helpfully pointed me to the Learning Scientists source. It is this blog post, by Carolina Kuepper-Tetzel. I recommend it highly.
tags: neuromyths category: L&B Blog

PREVIOUS
Handshakes at the Door: Hype, or Helpful?