So, the more we know about motivation, the better our schools will be. 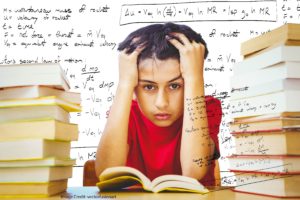 Here’s one possibility: perhaps teachers’ beliefs about learning can motivate students. Or, sadly, demotivate them.

If that’s true, then we can un-de-motivate them — that is, we can MOTIVATE them — by realigning those beliefs.

Researchers in Germany wanted to explore this possibility.

Of course, psychologists have several theories about motivation.

In their work on Self-Determination Theory, for example, Edward Deci and Richard Ryan have argued that we’re motivated by a desire for three things:

Autonomy: that is, age-appropriate independence

Relatedness: that is, connection to other people

Competence: that is, the experience of effectiveness and even mastery

The German researchers focused particularly on the last of these: competence.

In schools, students probably feel competent when they get good grades. So, students who get bad grades need something else to feel some sense of effectiveness and mastery.

They might need a teacher who helps them see past grades to look at other parts of their development.

But, not all teachers will be able to see past grades. In particular, the researchers hypothesized that some teachers think success in math requires innate ability. If a student doesn’t have that innate ability, s/he just won’t learn very much math.

Teacher who focus on innate ability won’t bother to encourage students who get low grades.

But, teachers who don’t focus on innate ability will want to encourage students who get low grades. That encouragement might provide the feeling of competence that–according to Self-Determination Theory–provides motivation.

The Research, The Findings

To explore this causal chain, researchers investigated over 800 4th graders, taught by 56 different teachers across many different school.

And, students with high grades should feel motivated NO MATTER their teachers’ beliefs. (After all, their high grades provide a feeling of competence–which motivates by itself.)

Sure enough, that’s what the researchers found.

Because of the research methods, the results show up in particularly opaque stats-y language, so I don’t have graphs to post or comprehensible numbers to cite.

But the simple version is: students who struggle in math felt less motivation IF their teachers believed in the importance of innate ability than if their teachers didn’t.

The researchers don’t use the word “mindset” here. But, of course, you can see mindset theory all over this work.

At the most obvious level: the belief that success in math requires “innate ability” is itself about as fixed a mindset as we can get.

Of course, on the other hand, teachers who believe that math success doesn’t require innate ability presumably think students can improve. That’s a growth mindset.

I mention this point because: you have no doubt seen many stories in the last few months claiming that mindset theory is all-but dead.

As you’ve seen on this blog before: I think mindset theory is often badly used. (No: inspiring posters ain’t enough.) But, properly understood, it can be a powerful force for good.

And, according to this research, that means their struggling students will feel higher levels of motivation.

PREVIOUS
Yes or No: “Video Games Can Promote Emotiona...

NEXT
Even More Good News about Mindfulness