In our classroom work, we teachers focus on learning; in their research, psychologists and neuroscientists often focus on memory. We have, in other words, different frameworks for talking about the same topic. 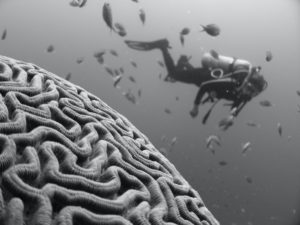 Photo by Vlad Tchompalov on Unsplash

When I find one review article that provides TWO fresh ways to understand memory and learning, well, that’s worth sharing.

Humans have MANY memory systems with many daunting (and overlapping) names: working memory, declarative memory, semantic memory, and so forth.

In our day-to-day lives, we often focus on episodic memory. As the name suggests, this memory strand acquires vividly detailed pictures of specific events:

My birthday party (I can describe the cinnamon in the chocolate cake, and why my brother was looking so grouchy).

The time you found a stranger’s wallet (You can remember the chilly, opaque puddle from which you plucked the wallet, and the stranger’s shocked gratitude when you sleuthed down his phone number to return it).

The day the principal literally dropped the mic (Students still talk about the hollow bang and the agonizing reverb when the mic hit the stage floor in the gym).

At one point, probably in school, you learned that Abraham Lincoln had been assassinated. That evening, you had an episodic memory of learning that truth. You could say which teacher told you; you might wince at the sound of squeaking chalk as s/he wrote on the board.

Over time, however, that detailed episodic memory has become semantic memory. You know the abstract fact (Booth killed Lincoln), but not the rich details of when you learned it.

You no longer remember — episodically — when you learned that fact, but you remember the fact itself — semantically.

In psychology language, your brain semanticized this episodic memory.

Too Much of a Good Thing

Truthfully, we want our students to semanticize most of their learning.

I want them to abstract a general, semantic rule: three of something, combined with four more of the somethings, add up to seven somethings. (Unless those somethings are rumors, in which case they add up to a billion.)

I want them to know that the pen is mightier than the sword is an example of metonymy. But I don’t want them to limit their knowledge to that one example.

Instead, I want them to recognize other metonyms — which they can do if they semanticize that example.

At times, however, students can abstract too far.

If they conclude that the words pen and sword are always metonyms — that they never mean literally “pen” and “sword” — then they have gone too far.

When learning to speak, children pick up the abstract rule that “-ed” makes words past tense in English. But, they over-semanticize when they say “goed” instead of “went.”

As teachers, we want students to get the balance just right. We want them to translate individual examples into abstract rules.

But: we don’t want them to over-apply those abstract rules to inappropriate situations.

At this point, you might worry: gosh, ANOTHER set of teaching techniques I have to master.

This research team has good news for you: the techniques you’ve heard of at Learning and the Brain conferences help students get this balance right.

That is: retrieval practice helps students get the episodic/semantic balance right.

So do spacing and interleaving.

So does sleep, and (probably) mindfulness and mindful rest.

We know that both the prefrontal cortex (PFC) and the hippocampus participate in new learning.

That is: the brain’s response to new information depends on our current knowledge of it.

If we know something, the PFC does lots of the memory work.

If we know very little, the hippocampus does lots of the memory work.

As always, this neurobiological account wildly oversimplifies a hugely complicated series of events. (This is a blog, after all.)

And, it doesn’t provide new teaching strategies. We don’t “teach the PFC this way, and teach the hippocampus this other way.” (If you hear someone say that, be SUPER skeptical.)

However, it does offer a fascinating theory about the brain activity underlying our amazing mental abilities.

First, teachers can think about converting episodic memories into semantic memories (without going too far).

Second, we can think about the PFC’s role in adding to existing schema, and the hippocampus’s role in developing new schema.

Neither new framework changes your teaching — assuming you’re already using the strategies that you hear about at LatB conferences so frequently. But, both offer us new ways to view our teaching from new perspectives — that is, to use both our PFCs and our hippocampi at the same time.

For earlier thoughts on episodic (also called “autobiographical”) memory vs. semantic memory, click here. And here for Clare Sealy’s discussion of the topic.

NEXT
Possible Selves in STEM: Helping Students See Them...