The World’s Obsession With Plastic May Damage Developing Brains 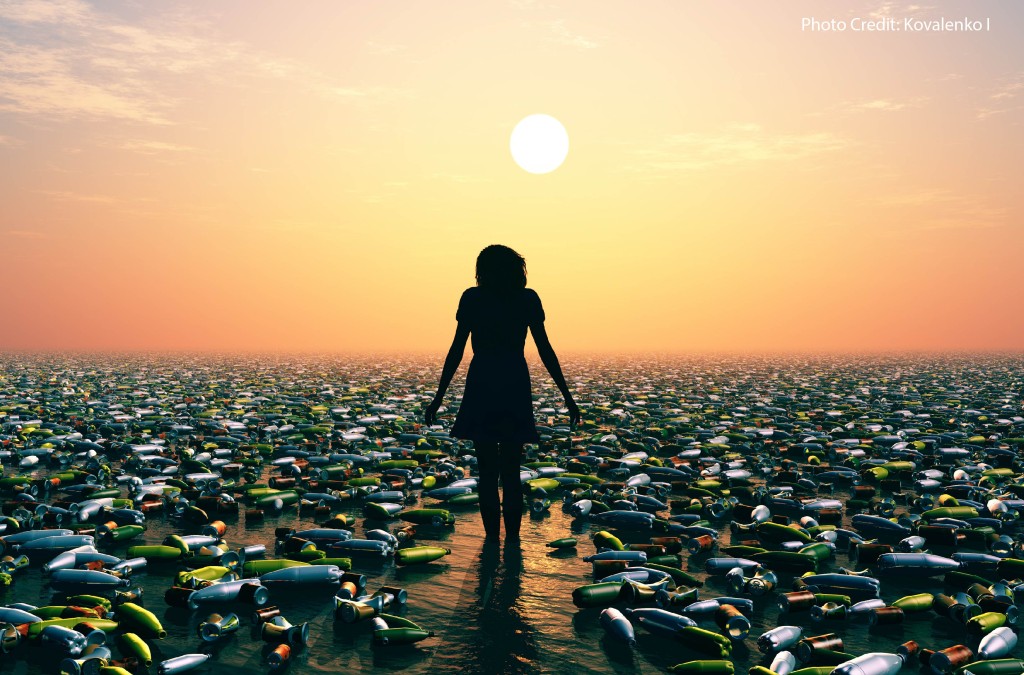 It’s easy to look at the past and guffaw at human negligence related to healthy living. Smoking, now commonly known to cause lung cancer among other illness, was just a few decades ago considered a harmless social norm.  Through the 1930s and 1940s, scientists argued against tobacco use without much recognition. After Federal warning had finally been issued by the Surgeon General in 1957, it still took the American public nearly 20 more years to accept confirmed toxic effects. Now, tobacco use and second-hand smoke are regulated by cities worldwide.1

Tobacco isn’t the only toxic substance that has transitioned from being freely used to practically prohibited.  Lead was still being used in wall, furniture, and toy paint until the late 1970s.  Mercury, a recently confirmed neurotoxin, is being removed from existing products–including dental fillings and thermometers.

Cigarettes, lead, and mercury were confirmed as biologically damaging in less than the average human lifetime. What will we collectively know “for sure” in future decades that we’re not fully aware or convinced of now? Let’s turn our attention to a rapidly growing concern (quite literally): Plastic.

On a recent trip to India, I noticed that signs posted by local vendors announced a ban on plastic bags.  Upon returning to the U.S., I listened to a radio story on charging ten cents per plastic bag in New York City grocery stores. This initiative follows the promising efforts of major cities like Philadelphia and Washington D.C. to increase reusable bag use, reduce plastic waste, and reduce harm to our environment and health. 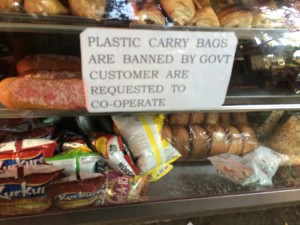 The intention of plastic reduction initiatives is multi-fold, with two main priorities:

(1) reduce plastic waste in our environment to protect our Earth, including climate and wildlife,

(2) reduce potential health risks – known and yet to be discovered – from ingestion and exposure to plastic.

In this article, we’ll first acknowledge the already enormous presence of plastic on our Earth. We’ll then focus on how plastic enters the human body, evaluating potential risks to healthy brain development in our children, and sharing how you can help.

Scientists have good reason to voice their concerns about plastic pollution. You might have heard about the murky island of microplastics and debris in the Pacific Ocean known as the “Great Pacific Garbage Patch.” If you haven’t heard of it, most recently it has been estimated to span an area as large as 5.8 million square miles depending on how high of a concentration of plastic is considered “pollution.”2

In addition to the visible tragedy of marine life getting caught in plastic soda rings, the harm of plastic is also invisible. “Photodegradation” is the gradual process of the sun breaking down plastic bags, bottles, and other products into tinier and tinier plastics.2 Plastic does not biodegrade. It breaks apart into smaller pieces. The result? Increased greenhouse gas emissions released during plastic degradation trap heat in our Earth’s atmosphere. In addition, microplastics are now part of our natural environment. The same plant life and sea animals that eat and absorb these tiny and toxic microplastics often make it to our own human dinner plates and into our bodies.

There’s a lot of information floating around about the health risks of ingesting microplastics, particularly the effect of BPA. Let’s break it down.

Many of us see “BPA-free” listed on plastic bottles and feel better because BPA is something we don’t want. But what is it?

BPA stands for bisphenol A, which is a chemical building block of polycarbonate plastics. Polycarbonate plastics are the durable plastics found in everyday items from digital equipment to cars to office supplies to baby bottles.3 Since the late 1990s, research has focused on the effects of “BPA migration,” or BPA leaking from plastics into food, beverages, and therefore into our bodies.

As in studies conducted on the neurotoxicity of lead, scientists measure BPA in blood and urine and periodically revise how much is considered “safe” for infants, children, and adults.4 Bisphenol A health research is of high interest because of our now continuous exposure to it: in one study, evidence of BPA was found in a jaw-dropping 95% of 394 demographically diverse urine samples.5

While multiple studies have been conducted in the last decades, lack of alignment across experimental designs makes the impact of BPA exposure hard to compare and generalize. Still, many scientists agree that BPA is a candidate for hazardous prenatal exposure.6

In a 2015 review, molecular biologist Dr. Paola Negri-Cesi underscored that even at low doses, BPA poses higher risks  during prenatal development than during adulthood.

Most studies reviewed by Dr. Negri-Cesi were conducted on rodents, whose brain development process is sequential as it is in humans, but shorter. The presence of BPA in expecting mother rats was found to possibly disrupt neurogenesis, the development of new brain cells during embryonic development.6  While the developing brain is designed to be highly adaptable to the environment, disruption to the generation of new brain cells so early on may, in some cases, affect learning, memory, and behavior through life.

Not all studies show changes in rate of neurogenesis associated with presence of BPA, but they do reveal other abnormalities in brain development. In a 2007 study, in utero exposure to low doses of BPA was associated with significant “disorderly arrangement” of brain cell organization into adulthood.7

It’s also important to recognize that some studies show no significant effect of BPA on perinatal (before and after birth) cognitive development. For example, a 2014 rat study showed that a baby rat’s exposure to BPA through its pregnant mother or through injection after birth can impact hormone levels. And yet, its performance on spatial maze and memory tasks showed no significant difference as compared to rats without BPA perinatal exposure.8 For this reason, more research is needed to understand the impact of BPA on prenatal and postnatal development.

Presently, very few studies exist on the association between BPA levels and child cognition and behavior.9 Those that are available are relatively low in sample size, with varied results between boys and girls–perhaps because of BPA’s ability to bind with estrogen receptors.  More long-term research is already in progress to assess BPA levels in mothers and cognitive development in their male and female children over time.

While scientific evidence for plastic’s harm on early development is still limited, the research above reveals initial findings such as disrupted brain cell generation and disorderly arrangement of neurons even through adulthood. These results suggest that the harmful impact of plastics may begin before birth, potentially interfering with cognitive functioning throughout life.

How can we reduce the visible and invisible plastic problem?

Though much more research is required before generalizations can be made about the effects of plastic on human development, every bit can help the planet and prevent heightened risk to health. Here are a few resources that are making large strides to reducing plastic pollution on Earth:

We are just scratching the plastic surface of BPA’s impact on cognitive development in research. Until more conclusive evidence is offered through replicated study, policies will include a relatively high cap on what is considered “safe” amounts of exposure. Until then, in the words of Dr. Negri-Cesi, let us be moved to “adopt a precautionary principle, particularly to protect [developing organisms].”6

*Special thank you to Saira Fida, C.P.A., Esq. and co-founder of Debris Free Oceans for sharing these valuable resources!

3 “Polycarbonate Plastics and Bisphenol A Release.” Summary retrieved on May 30, 2016 from http://bisphenol-a.org/human/polyplastics.html. [Link]

NEXT
Can Our Evolutionary Past Help Shape Our Classroom...