Teenagers, Hormones, and Other Stubborn Myths 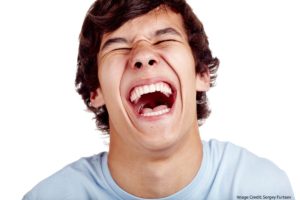 There’s a short video about adolescence making the rounds on social media.

The video offers a quick explanation for highly-emotional teenage behavior. And it has a suggestion or two for parents.

The suggestions themselves make good sense:

Reassure your child that s/he’s normal.

Take courage: adolescence is a phase, and doesn’t last forever. (And, keep in mind: good things are happening in the brain as it matures.)

However, its “quick explanation for highly-emotional behavior” misses the mark.

This video returns to that old nemesis: teenage hormones.

The Fact and Fiction of Teenage Hormones

True enough, physical maturation does trigger a new hormone profile at puberty. And, those hormones do affect bodies and behaviors. So, this explanation isn’t entirely incorrect.

In her book The Teenage Brain, Frances Jensen summarizes the “misconceptions and myths about the teenage brain and teenage behavior than are now so ingrained they are accepted as societal beliefs.”

The first misconception/myth on her list? “Teens are impulsive and emotional because of surging hormones” (p. 4).

Instead, we should focus on changes in neural development, especially myelination.

Here’s the short version: brains communicate (in part) with electrical signals. Many of those signals are carried by “uninsulated” wires.

As we age, the brain takes care to insulate more wires. That is: it covers them with myelin.

That process results in lots of good stuff. But, it takes time, and produces some real bumps along the way.

For instance: when the parts of the brain that generate emotional behavior (say, the amygdala and the nucleus accumbens) are more myelinated than the parts that control it (say, the prefrontal cortex), that imbalance allows for bad decisions and emotional over-reactions.

When trying to understand adolescent behavior, we should focus less on teenage hormones and more on the normal process of neuro-biological development.

If you’re really interested in this topic, you should look at Jensen’s book. Also:

The Behavioral Neuroscience of Adolescence by Linda Spear

Age of Opportunity by Laurence Steinberg

One more book I’d like to recommend: Inventing Ourselves: The Secret Life of the Teenage Brain.

Its author, Sarah-Jayne Blakemore, has done lots of the research behind the “imbalance hypothesis.” And, the book just won the Royal Society Book Prize.

For all these reasons, I assume it’s great. However, I haven’t read it yet, so I can’t be certain. I’ll update this post once I’ve got a confident view, one way or the other.

PREVIOUS
The Best Length of Time for a Class