Do Stress, Age, or Stereotypes Harm Your Working Memory?

We write a lot about working memory here on the blog, and so I was intrigued to see a review article summarizing 21 factors that might influence our WM performance. 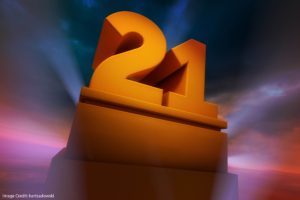 Several of this article’s conclusions jumped out at me. Some reconfirm important points. Others just might surprise you. Certainly they surprised me.

Debates about gender and learning, it seems, extend into the world of working memory research.

Unsurprisingly, working memory increases during adolescence — up until our early twenties.

To my surprise, Blasiman and Was report that declines in WM begin in our twenties. This decline is “constant and continuous.” That is: our working memory gets smaller gradually over time; it doesn’t drop off suddenly later in life.

I’m not surprised to see that stress interferes with WM. If I’m preoccupied with my bills, I won’t have as much WM left over to solve logic puzzles.

I am a bit surprised to read that dieting hampers WM. The authors suggest that my efforts to resist that Snickers distract me from the cognitive task at hand.

(Alas: even ineffective dieting produces this result. That is: I might have a lower WM score even if I’m not losing weight.)

By the way: we have lots of research connecting diet (not dieting) to WM. However, the review’s authors want further research to be persuaded. They currently consider evidence in this area to be “insufficient.”

Many scholars have explored Claude Steele’s theory on Stereotype Threat.

That is: once we identify the problem, we do have ways to fix it.

This conclusion strikes me as particularly interesting, given the recent skepticism about Steele’s theory. It is, of course, harder to argue that Stereotype Threat doesn’t exist if it has an effect on our working memory capacity.

Are you curious about the effect of mindfulness on WM?

How about temperature, or bilingualism?