Developing the Social Brain: Insights from the Science of Adolescence 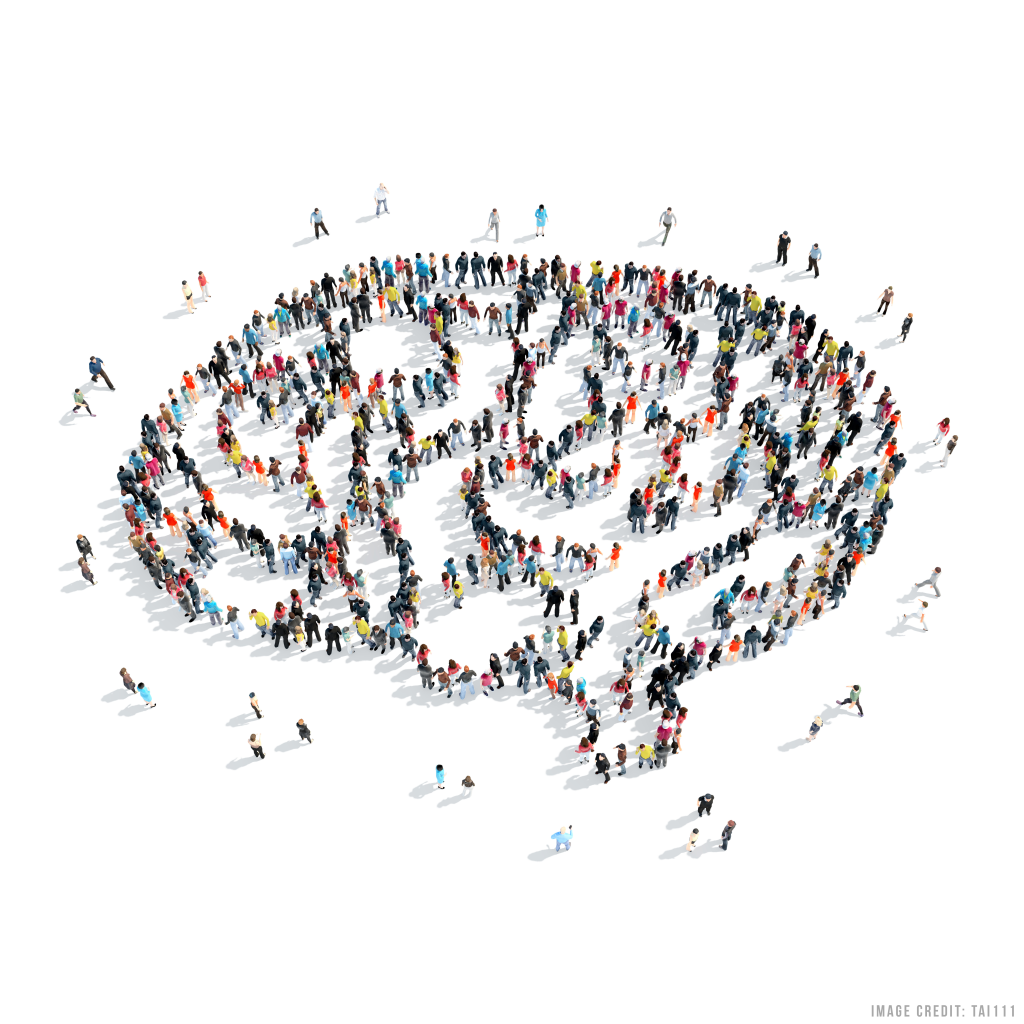 Adolescence is the period between childhood and adulthood that largely coincides with the years of secondary schooling. This stage of life is characterized by many cognitive changes. One such change is in social signal sensitivity. Recent research has provided evidence for adolescence as a time of heightened receptivity and sensitivity to complex social signals in the environment, which are reflected in typical brain development patterns1.

We are faced with certain developmental tasks at different points in our life. This means that we are expected to acquire certain skills or abilities at certain developmental stages. For instance, infants and young children are tasked to develop certain sensory and motor skills. And the human brain at this period of life reflects this, as it produces an excess number of connections between brain cells (called synapses) in sensory and motor cortices in early infancy, which are then pruned (or lost over time) to their adult levels across the first decade of life.

When it comes to the connections in the brain, more does not always mean better.

The human brain also overproduces synapses in other regions of the cortex during infancy, such as the prefrontal cortex. However, unlike the sensory and motor cortices, the connections formed in this part of the brain continue to be pruned across the teenage years and into the twenties2,3.

This prolonged development of the prefrontal cortex has intrigued developmental neuroscientists for decades. Given that synaptic pruning coincides with an increase in abilities associated with a given cortical area, perhaps the prolonged synaptic pruning of the prefrontal cortex coincides with the increased abilities associated with this part of the brain? This question underlies many developmental neuroscience studies.

In flux: The prefrontal cortex

The prefrontal cortex is often discussed as the hallmark of human cognition. Many complex cognitive abilities, such as inhibiting inappropriate behavior, planning for the future, and inferring the mental states of others, require the prefrontal cortex. It might be intuitive to many educators that an area of the brain involved in these complex behaviors and abilities is still developing throughout the teenage years.

However, the prefrontal cortex is not the neurological root of all behavioral changes between adolescence and adulthood.

The brain operates on a network level, which means that many different brain regions are constantly communicating with each other. While each region might have its own specific role, it is how the networks interact that ultimately matters. You can think of it as kind of like a team. Each member has its own role to play—and if a member gets weaker or stronger then it can change the way the team works—but the end result is a product of the whole team working together.

In flux: The nucleus accumbens

While the prefrontal cortex is often lauded as the seat of rational behavior, the nucleus accumbens is often demeaned as the cause of human hedonism or impulse. This subcortical brain region, hidden deep within the brain, is best known for its involvement in reward processing. Early research in rodents found evidence for dramatic remodeling of dopamine receptors in the nucleus accumbens during puberty4. This means that there was a change in how cells process dopamine, which is a neurotransmitter often connected to the experience of pleasure or rewards. Early fMRI studies then found increased recruitment of the nucleus accumbens in adolescence during reward processing5. This finding prompted developmental scientists to hypothesize that adolescent behaviors might be more influenced by nucleus accumbens signaling (or the sensitivity of this area to neurotransmitters like dopamine), which could explain why adolescents are drawn to risky or rewarding behaviors6. This heralded a change in thinking in developmental neuroscience. Rather than simply attributing adolescent changes to the developing prefrontal cortex, this new model posited that the changing interactions between the prefrontal cortex and nucleus accumbens underlie behavioral differences between adolescence and adulthood.

The model that I just described is more complex than can be described in a short blog post (see Further Reading). However, at its core is the interplay between two systems: one involved in socio-emotional processing and the other in cognitive control6. Subcortical regions such as the nucleus accumbens are considered part of the socio-emotional processing system because they are recruited during rewarding social interactions or emotional scenarios. However, we know that cortical regions are also involved in social cognitive processing (see previous blog post), and therefore these systems are starting to be taken into account when considering the neural correlates of adolescent behavior7,8.

And as described in my previous post, adolescents utilize the medial prefrontal cortex more than adults in tasks that require understanding the mental states of others10. Taken together, these changes in structure and function provide evidence for the continued development of a brain network involved in complex socio-cognitive processes that influence how we navigate the social world.

The developmental tasks of adolescence

Now, why would we expect adolescence to be a sensitive period for social brain development? The period of adolescence, which can be defined as beginning around puberty, is typically considered finished when one has reached a relatively stable role in society. Therefore, one of the major developmental tasks of adolescence is to learn how to navigate the complex social world of one’s society. Adolescents are more equipped to do this than children because they have the necessary cognitive abilities as well as the motivational drive to learn from their social environment. Educators can build on these capacities in learning settings if social motivation is used to bolster learning rather than seen as another behavior to inhibit in the classroom.

An aside on the nucleus accumbens and risk-taking

Encouraging these educational risks, which can be as minor as raising one’s hand to answer a question in front of one’s peers, or as substantial as spending the time to learn a new programming language, might be one way to take advantage of the natural inclinations of being young and flexible.

One Response to Developing the Social Brain: Insights from the Science of Adolescence

PREVIOUS
Learning & the Brain® Presented the “2...
NEXT
Giving Back: Can pro-social behavior be self-prote...