Giving Back: Can pro-social behavior be self-protective? 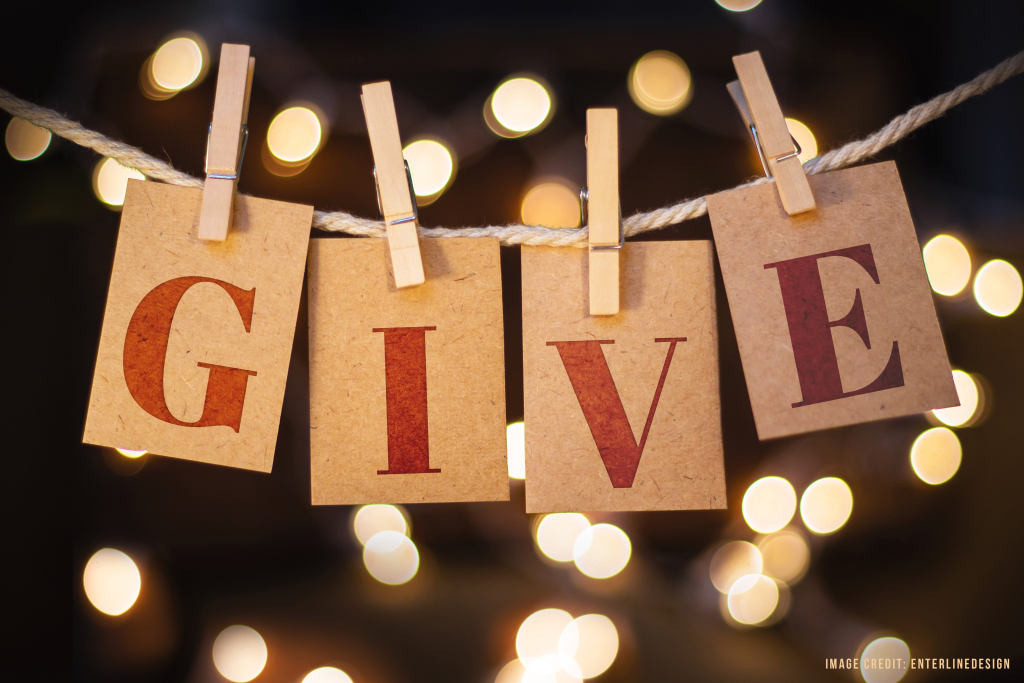 Humans are social beings, and we need others: Celebrating the good and coping with the bad is hard without friends and family. A loss of interest in social activities can be a sign of depression and mental illness. And social isolation is associated with abnormal behavior in rats1 as well as in humans.2

But social ties are important beyond being a way to receive support. Research suggests that pro-social behavior—actions that help others, even at a sacrifice—is linked with better academic, social, and mental health outcomes in developing teens (and adults!). In other words, pro-sociality might be protective.

In my last post, I wrote about Dr. Eva Telzer’s research on family obligations as a potential buffer of the stressors of adolescence. In another study, Telzer and her colleagues explored this idea further. They presented teens (ages 15-17) with choices about giving money to themselves, or to their family, in an MRI scanner.3

Sometimes, the choices were no-brainers; adolescents were asked to choose between the scenario of gaining money for themselves, or not. At other times, the decision was a bit trickier. They asked participants: would you take a small personal loss if your family could gain even more cash?

The researchers described this self-sacrifice as a type of eudaimonic decision. Articulated by Aristotle, eudaimonia translates roughly to “flourishing,” and refers to a kind of happiness worth seeking and having.4 These kinds of behavior are often, but not exclusively, pro-social, meaning that they are voluntary social behaviors intended to help others. In contrast, the easy self-gain decision was hedonic—related to engaging in the immediate and easy pleasures of the moment.

Telzer and her colleagues noticed that changes in blood flow to the ventral striatum (suggesting that brain region’s neural activity) during certain decisions were correlated with long-term, real world outcomes for teens.

Adolescents with higher blood flow to the ventral striatum during self-sacrificing decisions were, on average, more likely to experience declines in depressive symptoms one year later. The ventral striatum is thought to be involved in processing the rewards, particularly the size of rewards. One possible explanation for this result is that the more adolescents experience self-sacrifice as rewarding, the more likely they might be to engage in protective eudaimonic activities. Over the course of a year, these activities might promote their well-being through building self-esteem and social relationships.

On the other hand, experiencing higher responses in the ventral striatum to the “easy reward” scenarios was associated with more extreme depressive symptoms one year later. It is possible that these teens were more likely to indulge in momentary pleasures than to invest in socially healthy exchanges.

The idea that pro-social and eudaimonic behaviors are related to happiness isn’t a new one. This self-protective link has been found in other studies, too:

• In middle school students, pro-social behaviors were associated with reduced feelings of loneliness one year later. This was true even when students had been the target of social bullying, like being left out of groups or being the target of gossip.5

• In adults, reporting engagement in eudaimonic activities, such as volunteering time, writing out future goals, and expressing gratitude, is associated with better well being and mood, particularly the next day.6

• Typically, low motivation and self worth are linked with emotional exhaustion in the workplace. Across two studies of different professions (professional fundraisers and sanitation workers), workers’ perceptions of their own pro-social impact buffered against these links. In other words, workers with low motivation or low self worth were less burnt-out at work if they felt like their work helped others—which has implications for teachers, too.7

Eudaimonism and pro-social behavior in schools

Celebrating acts of giving can be embedded in schools in ways big and small. Through extensive community service programming or classroom structures that reinforce helping behaviors, schools may transmit implicit messages about what it means to give.

At a recent conference for the Society for Research in Child Development, Dr. Ronald Dahl of the University of California, Berkeley suggested that one way to help teens and kids might be to figure out how to make giving a truly joyful experience.8

So, how can educators inspire the joy of giving?

2. Connecting with mentors: Social connection with adult mentors may enhance the experience of giving, potentially providing a model of giving for students to emulate. In the Teen Outreach Program, volunteer sites were more effective in reducing problem behaviors when middle school students reported a stronger sense of connection with the adult facilitators.9

3. It can’t come too easy: In Telzer’s study, there was another kind of “easy” decision teens could engage in: they could choose between giving money to their families, or not. Engagement of the ventral striatum during this decision was not linked with long-term changes in depression symptoms. At the recent Society for Research in Child Development conference, Telzer suggested that self-sacrifice might be a characteristic of the kinds of pro-social experiences that are self-protective.10 It is possible that adolescents may need to give up something meaningful, like their own time or personally valuable resources, in order to experience protective effects of pro-social behavior.

It’s important to note that the Teen Outreach Program study found no association between the first two elements and problem behaviors in high school students. These elements may have a greater impact in middle school, when student beliefs, like sense of competence, may be more flexible.

I’ve had the joy of seeing these elements play out in my 8th grade students’ yearlong Community Impact Projects. In these projects, students were mentored to develop a community program that spoke to their interests and passions. Carrying responsibility for a project with self-defined goals challenged students in many ways, including developing their meta-cognitive capacity for responding to challenges without spelled-out instructions about how to take next step. I hope that this psychosocial experience may have also been potent at buffering against some of the stressors of high school and beyond.

Currently, Americans are celebrating Thanksgiving weekend—the perfect merger of eudaimonic appreciation and hedonistic feasting. As we reflect on gratitude, let’s also consider the impact we have on others. This reflection, though particularly powerful for adolescents, may have protective value for all ages.

One Response to Giving Back: Can pro-social behavior be self-protective?

PREVIOUS
Developing the Social Brain: Insights from the Sci...
NEXT
“Explain Yourself”: A powerful strategy for te...