School, Self-Regulation, and the Brain 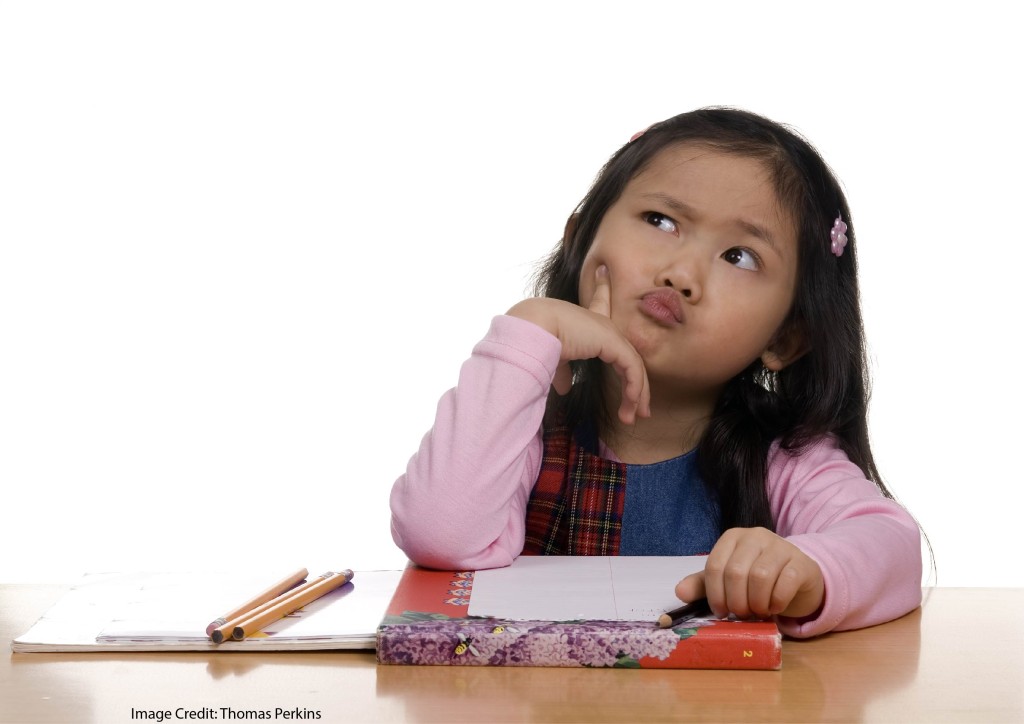 A just-published study asks about the effect of schooling on the brain. (A chatty, readable summary by one of the authors can be found here.)

More specifically, it looks at a young child’s ability to self-regulate: a skill that early schooling emphasizes–and, of course, one that’s highly necessary for sustained success in almost any meaningful activity or relationship.

The authors take advantage of the arbitrary cut-off date for schooling, and look at brain development for children who were just old enough–or not quite old enough–to enroll in 1st grade.

The research question was: can we find meaningful differences in self-regulatory areas of the brain after a year of 1st grade (children just within the cut-off date) compared to a year of kindergarten (children just beyond the cut-off date)? Did these brains develop alike over the course of this year, as part of typical human development? Or, did the more academic structure of 1st grade influence brains to develop differently than the more playful freedom of kindergarten?

The research team found meaningful developmental differences in a specific region of the prefrontal cortex, and also in the posterior parietal cortex. Earlier work has shown both regions to be parts of neural networks that participate in self-regulation.

In other words: the greater structure of 1st grade seemed to bulk up neural regions often used for self-regulation.

In quite predictable ways, that is, schooling changes brains.

I was drawn to this study because of a headline: “How does going to school change your brain?”

In the current world of education, we hear this phrasing quite often:

You may well have heard this claim quite often in the world of education. It’s an especially popular point among folks who have something to sell.

So here’s an important secret: if you do something often, practically everything changes your brain.

If you nap regularly at 3, I suspect your brain is different from the brains of people who don’t. If you run marathons, doing so changes your brain. Or, juggling. Or, learning calculus.

Brains change. Often. It’s what they do.

I honestly don’t quite understand the reverence with which people utter the words “collecting chia pets actually changes your brain!” Over a decade ago, neuroscientists believed that brains didn’t change much once they were fully formed, so I understand why they are still awestruck by this fairly recent discovery.

But the rest of us? I’m surprised most non-neuroscientists are invested enough in the changelessness of brains to care one way or the other.

Here’s a test I occasionally use: when I hear the words “actually changes your brain,” I mentally substitute the words “happens while you’re breathing.” If that second sentence would surprise me, then I’ll be surprised by the first.

Back to Where We Started

If it’s not surprising that a structured academic environment (1st grade) affects brains differently than a playful environment (kindergarten), what should we do with this study?

For teachers, the answer is: not much. This research result is interesting, but not at all surprising. When one group of students spends a year in a somewhat different environment than another group, those groups develop differently–both in their behavior and in their neural structures.

Put differently, we might summarize the research result this way: at the neural level, 1st grade works. It creates the changes we want it to change. (Or, more precisely: the changes we see in neural networks make sense given what we know about their behavioral correlates.)

For neuroscientists, the answer is: celebrate. Given that neuroplasticity is a relatively recent finding, it’s quite amazing that specialists can now predict where brain changes might happen, and then find those very changes after 9 months. 20 years ago, all of this would have been impossible. Today, it’s not only doable–it’s been done.

In other words: I don’t think you and I will teach any differently because of these findings. But, this study gives us even more confidence that neuroscience and education will come to inform each other more and more often.

NEXT
The Brain: The Story of You by David Eagleman