5 Ways to Use Rewards in the Classroom 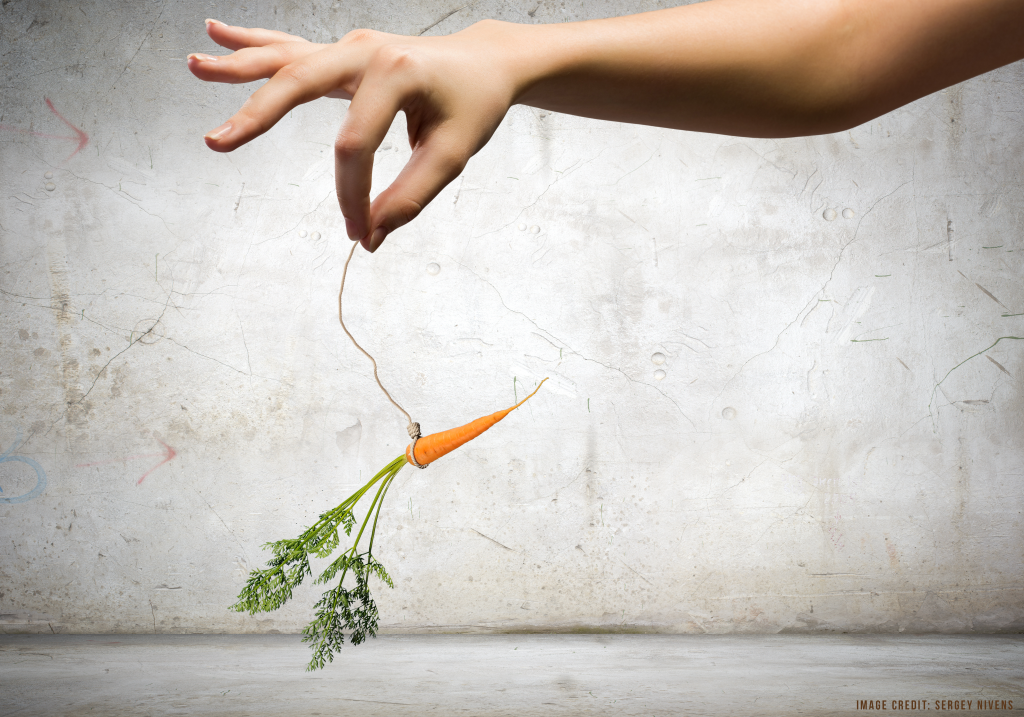 My first year of teaching, I was all about bribery; I had no problem stocking an endless supply of bulk mixed candy bags, so long as I thought it could help my students learn.

Though the Starburst and Twix caught their attention, I had mixed feelings about using rewards in my classroom. Like many teachers and parents, I wanted my students to take the right steps—like completing their homework, answering review questions, and organizing their notebooks—for themselves. But if my 9th graders were having trouble linking their short term actions to their long term goals, I reasoned, what was the harm in using a couple of fun-sized treats to ease the way? Was I sending the wrong messages about the reasons for doing work? What about healthy eating? And weren’t grades in themselves a kind of reward system, anyway?

Soon enough, bribery fell by the wayside. Instead of relying on tangible rewards to get things done, I could count on my classroom culture and partnerships with families. Still, the occasional promise of getting to pick a prize did make for more riveting review days.

What I didn’t know was that there is rich knowledge on motivation and learning that can tell us when rewards are most useful, and when they’re a distraction or waste of effort. Of course, science isn’t designed to tell us exactly what rewards are appropriate in the classroom, but there’s now enough evidence for teachers, schools, and communities to make an informed decision.

Here’s what we know about how offering concrete, tangible rewards tends to affect behavior:

Rewards can be effective at changing decision-making and behavior, and it’s a no-brainer that rewards are more effective when they have a high value.

However, a surprisingly important part of this value calculation is when a reward is delivered. The phenomenon of assigning less value to future rewards is called “delay discounting.” Some research suggests that rewards offered immediately are processed using a separate neural system than those involving a time delay.1

So if a powerful reward system is what you’re after, choose something students want and minimize the time between the effort and the gain. The promise of an end-of-year pizza party may be too distant to convince students to work harder now.

Because rewards are generally effective at producing more of what’s being rewarded, it’s important to be thoughtful about deciding what to reward.

When I was in fourth grade, my class was offered a small prize for each book we read. Many of us quickly developed a love for short books with large print, certainly not the teacher’s intent.2

A reward system based on producing a quantity of work may do little to improve the quality of work,3 and some suggest that it may even incentivize students to sacrifice quality.

This suggests that tangible rewards may be valuable in boosting performance when it comes to learning boring items—but not if the learner is cramming.

Though this hypothesis remains untested, the authors of the study suggest that this may be due to the time it takes to complete a well-known memory stabilizing process. This process requires communication between the midbrain, a part of the brain where reward-related neurotransmitter dopamine is produced, and the hippocampus, an area of the brain often involved in learning and encoding new information). The authors propose that communication between these reward and learning regions might explain their results.4

We’ve known for decades that in some circumstances, receiving rewards can lower intrinsic motivation, or how much you’re driven to do something based on internal factors (like preference or passion). In a 1973 study, some 3-5 year old children were told that they would receive a certificate for drawing, others received a surprise certificate after drawing, and a third group received no certificate at all.5

Later, when given free access to drawing materials, the children who were told beforehand about the reward spent less time drawing than the others.

Surprisingly, when an anticipated reward goes away, people don’t just revert back to whatever they were doing before. In some cases, they’ll perform the rewarded behavior even less.

This is called sometimes called the “undermining effect” (or sometimes the “overjustification hypothesis”). And it’s particularly true for behaviors that people were motivated to do in the first place. Basically, it suggests that if there’s something you like doing and want to do anyway, working for a reward might reduce how much you do it.

Recently, researchers have examined this phenomenon in the brain using fMRI.6 In one study, participants played an enjoyable game in the scanner. One group was told they’d be rewarded with money for playing well, while another group was told they’d receive a bonus based on how well someone else played.

Later, both groups played the game in the scanner a second time without bonuses. When scoring in this round, the group whose own performance was previously tied to money had decreased blood flow (suggesting less neural activity) in the striatum and midbrain as compared to the control group. The striatum and midbrain are both thought to be involved in processing reward feedback. Based on these findings, the researchers suggest that initially playing for money decreased the perceived value of scoring in the game.

How does the undermining effect work?

Some scientists think that being rewarded for a behavior partially “overwrites” our original motivation. This would suggest that the 3-5 year old children in the study (described in #4) started out believing “Drawing is something I do for fun”. Working for a reward then partially overwrote that motivation with “Drawing is something I do for certificates.” Changes in underlying motivation are thought to be partially responsible for changing how people behave.

One strategy for protecting against the undermining effect might be to actively “overwrite” the motivation with something durable to encourage students to persist even when rewards have vanished.

In one study, giving 3rd-5th grade students a personally-relevant reason to do a tedious handwriting activity (without the promise of a reward) was associated with greater time spent on the activity when they were no longer rewarded.7 This personal reason came in the form of complimenting the students with a trait label either before or after the reward. The researchers said to the students,

You know, I thought you’d say you wanted to do this handwriting activity because you look like the kind of [girl/boy] who understands how important it is to write correctly, and who really wants to be good at it.7

While the limitations of this approach are still unknown, the researchers noted that this was a bit ironic: instead of undermining motivation with a reward, they were able to undermine the reward with motivation!

How should we use rewards in the classroom?

Cognitive scientist Daniel Willingham makes three suggestions for educators when it comes to using rewards in the classroom2:

2) Use rewards for a specific reason, like conquering the times tables or motivating a student who is no longer willing to try.

3) Have a defined ending that limits how long the incentive system is in play.

Willingham suggests that it makes sense to develop tangible reward structures toward concrete learning goals, like learning the multiplication tables, the elements of the periodic tables, or the events on a historical timeline. When the reward system ends, students might stop engaging in the rewarded behavior—but if it comes at a point when they’re ready to move on anyway, it’s not a problem. When they’ve learned the material and the reward structure ends, the class can move on to more complex, interesting questions that rely on this basic knowledge.2

On the other hand, it might not make sense to use tangible reward structures for teaching lifelong habits. Willingham points out that implementing long-term reward structures cost a lot of time and energy, and the rewarded behaviors tend to stop when the rewards stop. This is not to recommend against responding to positive habits, but to find other ways to do so, like praise.2

In the end, rewards are a complicated and much-debated topic. They can be effective at shaping behavior. But some find their use to be deeply problematic. And, as Education Week teacher and author Justin Minkel points out, rewards are a lousy substitute for cultivating a profound love of learning.

That said, science adds a perspective that can help educators reflecting on how and when they’d like to use rewards—if at all.

PREVIOUS
Gaining STEAM: Where Art and Science Meet
NEXT
The Psychology of Belonging (and Why it Matters)