How to Stop Cheating: An Awkward Debate

We would, of course, LOVE to prevent cheating. 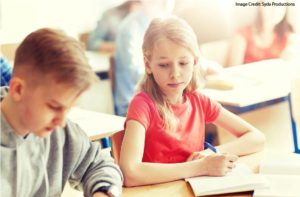 It does moral damage to the cheater. It undermines classroom trust. And: it makes it hard for us to know how much our students are actually learning.

How To Prevent Cheating: “Moral Reminders”

For some time now, Dan Ariely has made this his field. (Check out his book:  The (Honest) Truth about Dishonesty: How We Lie to Everyone — Especially Ourselves.)

Over the years, he developed a clever research paradigm to see how much people cheat. With that in place, he tested various strategies to prevent cheating.

(He can also promote cheating, but that’s not exactly what we’re looking for.)

One strategy that has gotten a lot of attention over the years: moral reminders.

That is: he made them think about foundational moral standards in our culture.

Sure enough, once reminded about moral standards, students cheated less. (The Cohen’s d was 0.48, which is an impressive effect for such an easy intervention.)

Then Again, Maybe Not

In a study published just a month ago, Bruno Verschuere (and many others) retested Ariely’s hypothesis. Whereas the original study included 209 students, this meta-analysis included almost 4700. That is … [checks math] … more than 20 times as many students.

Studying much more data, they found that “moral reminders” made no difference.

(In fact, they found that students who recalled the 10 commandments were just a smidge likelier to cheat; but, the difference was tiny — not even approaching statistical significance.)

As we’ve seen in other cases of the “replication crisis,” seemingly settled results are back in question.

What’s a Teacher to Do?

Of course, Ariely had other suggestions as well. Signing  pledges not to cheat reduces cheating.  And, of course, teachers who supervise students closely reduce their opportunities to cheat.

As far as I know, these strategies have not been retested (although the second one seems too obvious to need much retesting).

For the time being, sadly, we should rely less on indirect moral reminders, and more on direct pledges — and direct supervision.

PREVIOUS
The Fear Factor: How One Emotion Connects Altruist...