Praising Researchers, Despite Our Disagreements 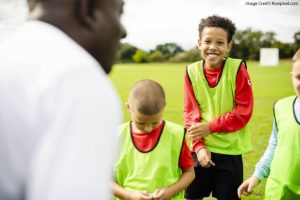 Although I stand behind these critiques, I do want to pause and praise the determined researchers working in this field.

Although, as far as I can see, we just don’t have good research suggesting that brain training works*, it will be an AWESOME accomplishment if it someday comes to pass.

A Case In Point

I’ve just read a study that pursues this hypothesis: perhaps brain training doesn’t succeed because the training paradigms we’ve studied do only one thing.

What would happen if you combined all three?

To test this question, Ward & Co. ran a remarkably complex study including 518 participants in 5 different research conditions. Some did cognitive exercises. Some also did physical exercises. And some also added neural stimulation.

And, each group participated in dozens of sessions of these trainings.

No matter the results, you have to be impressed with the determination (and organization) that goes into such a complex project.

Okay, but What Were The Results?

Sadly, not much. This study didn’t find that training results transferred to new tasks — which is the main reason we’d care about positive findings in the first place.

We might be inclined to think that the study “didn’t succeed.” That conclusion, however, misses the bigger point. The researchers pursued an entirely plausibly hypothesis…and found that their evidence didn’t support it.

That is: they learned something highly useful, that other researchers might draw on in their own work.

Someday — we fervently hope — researchers will find the right combination to succeed in this task. Those who do so will have relied heavily on all the seemingly unsuccessful attempts that preceded them.

From a different perspective, teaching itself is a form of brain training. When we teach our students, brains that once could not do something now can do that something.

Brains change all the time. “Brain training” aims for something grander. And, we haven’t yet figured out how to do it.

PREVIOUS
Irresistible: The Rise of Addictive Technology and...

NEXT
Do Collaborative Projects Reduce or Increase Worki...