I like a good nap. I’m not sure there’s such a thing as a bad nap.

But for this blog we must ask: can naps benefit learning? 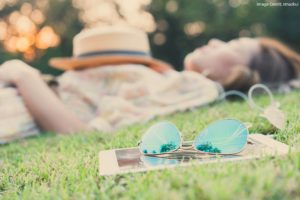 We’ve written often about the importance of a good night’s sleep for learning. But, nap sleep might not have the same benefits as nighttime sleep.

Of course, we do have suggestive studies from the sleep lab. This study, for instance, shows that naps including both slow-wave sleep and REM sleep do boost learning.

But, what happens when we test naps in school? Do we show benefits there?

In other words: do actual students learning actual school stuff from actual teachers benefit from naps at school?

This study from Brazil answers those questions with a resounding YES.

Researchers had 5th graders study either history or science during the first period of the day. Some napped during the 2nd period, while others studied another topic.

Over the course of six weeks, students learned more on the days that they napped compared to the days they didn’t. On average, they scored 10% higher on the content taught pre-nap.

This finding held true for longer naps (between 30 and 60 minutes), but not shorter naps (less than 30 minutes).

Long-time readers know that I try to be especially skeptical about research findings that I want to be true. Because I like naps so much, I’m pushing myself to be skeptical here. For that reason, I raise these questions:

First: the study includes 24 students. That’s 24 better than 0, but it’s still quite a small study. I hope researchers follow this up with a few hundred students.

Second: I wonder about cultural influences. Does napping have a role in Brazilian culture that differs from its role others? I’m not sure why cultural influences would change the benefits of napping, but I’d like to see this research replicated in other cultures.

Third: This “nap” comes quite early in the morning: from 8:10 to 9:20 AM. I would have thought post-lunch naps to be more beneficial. The researchers explain that school begins quite early in Brazil — but, the timing of naps should clearly be studied.

Despite my attempts at skepticism, I do think we should seriously consider investigating this question at scale. If students could in fact learn information better by sleeping at school, the benefits to both health and cognition could be dramatic.

After all, I’ve been “studying” naps on my own for years, and can report highly positive results.

NEXT
Preparing Teachers for Deeper Learning by Linda Da...