Motivation vs. IQ: Which Is More Important? 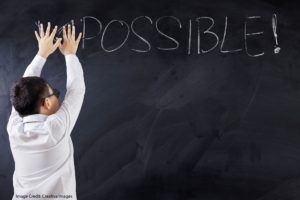 Do students benefit more from a high IQ or from high levels of intrinsic motivation?

Over at Quartz, Rebecca Haggerty argues for the importance of motivation. To make this argument, she draws on the research of Adele and Allen Gottfried. By gathering data on a group of children for decades, they conclude:

Kids who scored higher on measures of academic intrinsic motivation at a young age—meaning that they enjoyed learning for its own sake—performed better in school, took more challenging courses, and earned more advanced degrees than their peers. They were more likely to be leaders and more self-confident about schoolwork. Teachers saw them as learning more and working harder. As young adults, they continued to seek out challenges and leadership opportunities.

Even more than a high IQ, intrinsic motivation points students toward a fulfilling life.

According to the Gottfrieds, how can parents encourage this trait?

No matter how many parenting books say it’s okay, paying children for grades squashes a love of learning for its own sake.

In any case, the examples we set early on endure. In one of the Gottfrieds’ findings, children encouraged to be curious when they were eight took more science classes years later in high school. That’s parenting for the long haul.

(For some thoughts on teaching strategies to promote intrinsic motivation, click here.)

Motivation vs. IQ: A Caveat and Two Puzzles

Whenever thinking about the “motivation vs. IQ” question, we should pause to remember its complexity. It might be tempting to discount IQ completely. And yet, we know that something like intelligence exists, and that it’s good to have.

Two points in Haggerty’s article strike me as puzzling.

First, the Gottfrieds speak of children being “motivationally gifted.” However, we know from Dweck’s research that such praise demotivates students.

We should stop praising children for who they are (“gifted, talented, a natural”) and focus on praising them for what they do (“detailed and imaginative work”).

Second, a detail. Haggerty writes that 19% of the Gottfrieds’ subjects have an IQ of higher than 130. That’s an astonishingly high number.

In a typical population, just over 2% of people have an IQ in that range.

In raw numbers: 25 of their subjects have “genius-level” IQ, and we would expect than number to be about 3.

If Haggerty got that number right, then we should be hesitant to extrapolate to the general population from this remarkable sample.

NEXT
The Yes Brain: How to Cultivate Courage, Curiosity...