The Mindset Controversy: Is It Time to Give Up? 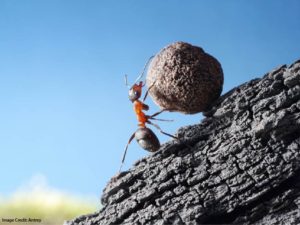 (We’ve posted about Mindset several times, including here and here.)

Because it’s so well known, Dweck’s theory is a popular target. You’ll often read that this or that study disproves her argument. For years now, this mindset controversy has raged on.

Scholars at Case Western Reserve University looked at over 300 Mindset studies, and found…not much. By looking at all the relevant research, rather than just the well-known or successful studies, they got a comprehensive view.

Predictably, this meta-analysis has produced lots of strong responses.

Nick Soderstrom–a researcher whose work I admire–mused on Twitter that Mindset is “the new learning styles.” That is: a theory which lots of people believe, but which doesn’t have empirical support.

[Editor’s note, added 3/23/18: Dr. Soderstrom has responded to this post, and his comment includes this important point: “After seeing that you referenced one of my tweets, I feel compelled to mention that none of my tweets comparing growth mindset to learning styles have been assertive in nature. That is, I have never said that mindset IS the new learning styles. Indeed, such an assertion would be unfair and irresponsible at this point. Rather, I’ve simply asked the question and expressed my concern that it might be heading in that direction. I just don’t want your readers to assume that I’ve made up my mind on the utility of mindset interventions because I certainly haven’t. More evidence, or the lack thereof, is needed for that to happen.” My thanks for this clarification. You can see his full comment below.]

If, in fact, Mindset interventions just don’t do very much, should we stop?

Mindset Controversy: Don’t Give Up The Ship

I myself am still on board with mindset, and for several reasons.

First: other people have looked at large populations and found impressive effects.

For instance, this report found that for some groups of students, a growth mindset basically added an extra month’s worth of learning to school. Mind you, these authors looked at data for 125,000+ students to reach this conclusion.

Other thoughtful scholars and wise skeptics, have written sympathetically about Mindset. Here, for example, is recent article by John Hattie — not one to accept a theory simply because it’s popular.

Second: we should ask not simply “do Mindset interventions work?” but “do they work compared to something else?”

Mindset seeks to influence students’ motivation, and motivation is notoriously hard to influence. So, I’m not surprised it doesn’t produce dramatic changes. To get my attention in the world of motivation, even a small boost will do.

Third: Dweck is a famously careful scholar. When others criticize her work, she doesn’t ignore them; she doesn’t rant; she doesn’t change the subject. Instead, she accepts fair critiques and updates her thinking.

For example: many of Dweck’s early studies focused on the importance of hard work. You have to work hard to learn most anything, and students need to accept that.

Teachers and scholars offered a reasonable rejoinder. Some students do work hard and yet don’t learn, because they’re doing the wrong kind of work. We need a more precise phrase.

Accepting this criticism, Dweck now speaks of the right kind of hard work. She listened, and refined her theory appropriately.

A: I’ll be curious to hear what Dweck has to say once she’s digested this new information.

B: we should keep our eyes out for new theories of motivation that provide genuine assistance to teachers and students.

C: we should, of course, not overhype Mindset interventions. Until we get a better theory, however, we can call on these strategies at the right moments to help deepen our students’s motivation.

2 Responses to The Mindset Controversy: Is It Time to Give Up?

PREVIOUS
The Neuroscience of Intelligence by Richard Haier

NEXT
Feeling the Possibilities: Virtual Reality and Tea...