Let’s Get Practical: When Should Students Self-Test?

Psychology can offer advice to teachers, but sometimes that advice is frustratingly vague.

We know, for example, that attention is important.

We know that it results from a combination of three neural processes: alertness, orienting, and executive attention.

But: what do teachers DO with that knowledge? How do we teach any differently? 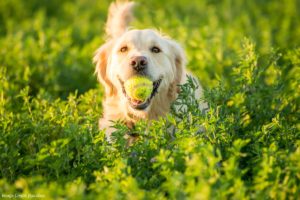 That is: rather than simply looking back over material, students should somehow quiz themselves on it.

They might try a “brain dump”: just writing down everything they remember on a topic.

They can use quizlet to review key points.

Given that lots of student learning happens with textbooks, teachers have a very practical question: when should they do that retrieval?

Textbooks often include practice questions. Should students try to answer them as they go along? Or, should they wait until they have read the full chapter?

Happily, this question can be studied quite straightforwardly.

Uner & Roediger had three groups of students read a chapter from a science textbook.

One group did nothing to review.

A second group reread key passages from the book.

Retrieval Practice Timing, and Beyond

As we’ve seen before, self-testing is a HUGE help.

(By the way, you might think “61.5 is a terrible score. That’s almost failing!” However, this isn’t a class test; it’s a relative measurement. The point isn’t what the students scored, but how the groups scored compared to each other. The self-testers remembered much more.)

As it turned out, both times worked equally well. As long as students do the retrieval practice, it doesn’t particularly matter at what point in the chapter they do so.

Here’s the intriguing finding: questions answered twice — both at the end of the section and and the end of the chapter — led to even higher learning.

That might not sound surprising, but other researchers have found that one retrieval practice exercise produces as much benefit as two.

Psychology researchers could easily get focused on studies in the lab. They can control variables better; they’re faster to run.

I always feel especially happy to find researchers who keep their gaze on practical classroom applications.

In this case, we’ve learned: a) that retrieval practice helps students learn from textbooks, b) that students can answer relevant questions at any time and still get this benefit, and c) that two attempts to answer the question are (or, at least, might be) better than one.

PREVIOUS
Attack of the Teenage Brain!: Understanding and Su...

NEXT
Resources to Get Started with “Embodied Cogn...