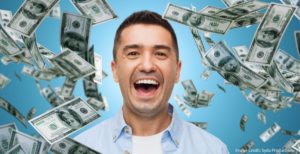 The short version: researchers James Heathers and Nick Brown thought that Nicolas Guéguen’s research findings were both too sexy and too tidy.

Too sexy: Guéguen’s findings regularly made great headlines. For instance, his research shows that men voluntarily assist women who wear their hair loose much more than those who wear it in a ponytail or a bun.

Talk about your gender-roles clickbait!

Too tidy: As Heathers and Brown considered Guéguen’s math, they realized that his numbers were…too round. When Guéguen calculated averages, he had to divide by 30 — because his study groups had 30 people in them.

Heathers and Brown have now spent quite a long time — years, in fact — trying to get Guéguen to share his data and/or answer their questions.

As far as I know, they haven’t gotten answers yet. (Here’s a somewhat more recent article.)

What Teachers Should Do

First, keep in mind that scientists are people too. While most strive honorably to follow procedures and discover meaningful findings, a few will always cheat the system and abuse our trust.

That’s true in any profession. It’s true in psychology and neuroscience research. (It might even be true of teachers.)

Think about it this way: if someone wanted to sell you something for $10,000, you’d needs lots of confirmation. You wouldn’t take the seller’s word that the product was worth $10k. You’d investigate on your own.

Have other researchers gotten similar findings?

How aggressively have they tried to disprove them?

Is the suggestion strongly confirming a bias that everyone already holds?

In the meanwhile, I’m going to put my hair up in a bun.

PREVIOUS
Healthy Snacks After Exercise? Depends on the Timi...