How Do Children Explain Academic Success? (And: How Do We Know?)

If teachers want our students to succeed academically, we should understand how they explain academic success. 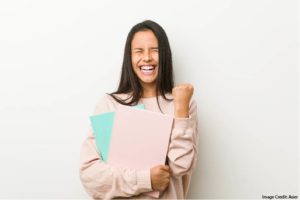 That is: If I’m good at singing, and I practice singing, then my recital will go well. But: if I’m just not much of a singer, or if I waste my talents by not practicing, the recital will be a dud.

In the short term, I have control over effort, but not over skill. (Over the long term, I can increase my skill by practicing.)

For several decades now, psychologists have thought that this theory develops over time. Young children — in this view — start with an even simpler theory: “effort = performance.”

The idea that children gradually develop the two-variable formula rests on several research findings. The most important uses a well-established research paradigm.

Children hear a story, and see accompanying pictures, of two students learning a topic. One spends the whole story working (“consistent effort”). The other works part of the time, but goofs off at other times (“inconsistent effort”).

Here’s the kicker: both students get a perfect score on the test!

Researchers ask the children, which student is smarter (that is, more skilled)?

According to the “effort + skill” theory, if a student gets a high score despite a low effort, he must be especially smart/skilled.

According to the “effort = performance” theory, the student who works harder is demonstrating greater skill.

In brief: children’s explanations of success develop over time.

Wait: Does Research Really Say So?

Two researchers — Melis Muradoglu and Andrei Cimpian — thought that they spotted a problem with this chain of logic.

Specifically, Muradoglu and Cimpian worried about the question that researchers asked children before they asked who was smarter. That question was: “which student worked harder?”

This question, Muradoglu and Cimpian feared, draws attention to the importance of effort, and might prompt children to misunderstand the following question about “being smart.”

So, they reran the experiment. Half the time, they did it the original way. The other half, they did it with a different question: “did the students think the task was difficult?” **

Sure enough, as they predicted, the children’s answer depended on the version of the research paradigm.

That is: even children as young as 5 have the 2-variable theory: “performance = effort + skill.”

Regular readers know my mantra: “don’t just do this thing; instead, think this way.”

Instead, their research lets us know that we can think with young learners about academic success as we do older learners. We can talk with them both about their effort and about their (current) skill level — and, they’ll understand both those concepts.

Each of us who teaches younger students will use that insight differently. But, we might well teach differently than if we had thought our learners thought only about effort and not about skill.

If these researchers are right, then teachers have been getting bad advice on this topic for a few decades at least.

That realization might bring us to a cynical conclusion: “if psychologists keep getting things wrong, why should we listen to them at all?”

I understand the frustration. But I do think we should look below the surface for the good news.

Here’s an unfortunate truth: we all get things wrong. We just do.

Psychology as a discipline has lots of flaws. But — like other sciences — it has the advantage of being gradually self-correcting over time.

At its best, psychology encourages researchers to test and retest. It encourages new methods. It offers clear guidelines to measure improvement.

Yes, indeed, people can and do game this system. But, when it’s working well, it can produce remarkably helpful results.

In this case: we have good reasons to believe that even our young students will respond to two different kinds of encouragement.

In the short term, they can improve their effort.

In the longer term, that improved effort will improve their skill level.

Both improvements can help them achieve ultimate success — whatever the goal.

** Muradoglu and Cimpian had a second concern about the initial study, which they also tested. It’s a little hard to explain, so I’m omitting it from this post. If you’re curious, you can read about it on page 4 of the study.

NEXT
Music and Memory: A Learning Strategy?