How Can We Encourage Girls to Pursue STEM Disciplines?

When we see alarming statistics about gender disparities in STEM disciplines, we quite naturally wonder how to fix this imbalance.

(This hope – by the way – isn’t simply a do-goody desire to sing “It’s a Small World After All.” If we believe that men and women can contribute equally to a scientific understanding of our world, then every girl discouraged is a contribution lost.

In other words: we ALL benefit if boys and girls contribute to science.)

So, how can we encourage girls to participate in science? 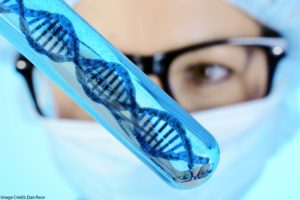 To answer this question, we might first answer a related question: what discourages girls in the first place.

If we can undo the discouragement, we are – indirectly but effectively – encouraging.

So, what discourages girls?

Is Science Education Itself the Problem?

When students learn about genetics, and specifically about the genetics of sex differences, they might infer that genders have a fixed, absolute quality. All boys (and no girls) are this way; all girls (and no boys) are that way.

This set of beliefs, in turn, might reinforce a fixed mindset about gender and ability.

Through this causal chain, a particular science curriculum might itself discourage girls from pursuing science.

Researcher Brian Donovan and his team explored this question in a recent study. To do so, they asked students to read different lessons about genes and sexual dimorphism.

Some 8th – 10th graders learned about the genetics of human sexual difference.

Others learned about the genetics of plant sexual differences.

Others read a curriculum that explicitly contradicted the notion that genetic sex differences directly cause differences in intelligence and academic ability.

Did these curricular differences have an effect?

Unsurprisingly, students who learned that we can’t draw a straight line from genes to gender roles and abilities believed that lesson.

In particular, the girls who studied the “genetics only” lesson expressed meaningfully less interest in a science major than those who got the alternative lesson. (The two lessons neither encouraged nor discouraged the boys.)

A science curriculum that focused “purely” on genetics seemed to suggest that men and women are utterly different beings.

Students who read this “pure” lesson inferred that some human abilities – like, say, scientific competence – might differ between genders.

This inference, in turn, made gender stereotypes (e.g., “men do better at science than women”) more plausible.

And so, the women who got that seemingly neutral science lesson, discouraged by the stereotype it reinforced, felt less inclined to pursue science.

By this roundabout route, a traditional science lesson might itself discourage students from learning science.

Of course, the topic of gender differences – especially in the realms of math and science – can generate lots of energetic debate.

When I asked Donovan for alternative explanations for his findings, he was quick to emphasize that we need lots more research in this field. His is the first study done on this specific question. As always, teachers shouldn’t assume that any one study has found THE answer.

Some people do in fact argue that math and science ability (or interest) differ by gender because of genes. (Dr. Donovan explicitly rejects an explanation that moves directly from genes to gender differences.)

a) are often exaggerated and mis-reported, and

b) result from societies that emphasize gender differences.

For others – like Simon Baron-Cohen – that argument goes too far. Another recent study suggests that brains differ by gender in utero — that is, before socialization can have strong effects upon them.

Donovan’s research suggests that teachers can and should do more to be sure we’re not discouraging some students from particular academic interests and career paths.

For one set of practical suggestions, this interview with Sapna Cheryan outlines several ways we can promote “ambient belonging” in our classrooms.

NEXT
Studying Wrong Answers Helps Learn the Right Ones