How Best to Achieve our New Year’s Resolutions

When teachers seek out guidance to improve our teaching, we can turn to psychology and neuroscience research for inspiration. 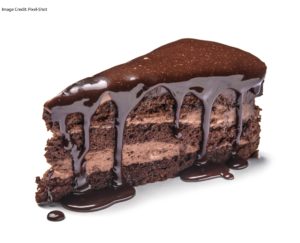 When we just want to accomplish — at last!! — our New Year’s resolutions, can we find help here as well?

Turns out: we can!

We often think of habits as mere routines that dull our lives. But, if we can create good habits, we can be much more productive — in whatever way we define productive.

Duhigg created a handy flow chart to help explain the habit-building process: cues, rewards, and routines. There’s LOTS of science behind the recommendations, and you should look at his book if you want to know more.

If you just want to jump-start your new-year’s habit right away, you can check out that flow chart here.

To achieve our new year’s resolutions, we need to use self-control. So: what’s the best way to do that?

The first step, of course, is to understand: what kind of thing is self-control?

Back in the day, psychologists thought it was a personality trait. Some people are basically patient; some impatient. Some are basically conscientious. Others, not so much.

So, psychologists thought of self-control that way.

Over the years, Roy Baumeister has persuaded many folks to rethink that approach. In his view, self-control is more of a reservoir.

That is: I start with a certain amount of self-control. When I start using it — say, by resisting a second helping of cake — I drain my reservoir a bit.

If my host keeps offering me cake, and I keep saying “no thank you,” I drain it further and further. At some point, if the reservoir gets low enough, I won’t be able to maintain self-control.

Either I’ll accept that second slice, or I’ll say something rude about the badgering. After all, it took lots of self-control to maintain my temper.

We probably all start with somewhat different reservoirs of self-control. But, whatever reservoir we’ve got, it drains as we resist temptation. And then refills when temptation goes away.

If self-control is a reservoir, then we need to use it sparingly.

As Baumeister explains in his book Willpower, our typical New Year’s Resolution strategy runs directly counter to this understanding.

If I’ve got five resolutions, and I commit to all of them at once, I’m likely to drain the reservoir too much and too fast.

Instead, I should prioritize. I’ll pick the most important of the five, and use a bit of my self-control reservoir to building this new virtuous habit. (See Duhigg above.)

Only after I’ve created that new habit should I get to work on the second resolution. And, once that has become habit, I’ll turn my attention to the third.

By 1) spreading out this self-control effort, and 2) consciously building virtuous habits, I’ve got a much better chance of meeting my goals for this year.

And: no, thank you, no more cake for me.

I should say that, as is so often the case, the research cited by Duhigg and Baumeister does include some controversies. Not everyone is persuaded. For the time being, however, I think these theories hold up well, and are the best we’ve got.

PREVIOUS
The Deep History of Ourselves: The Four-Billion-Ye...
NEXT
Home News