Executive Function Isn’t What You Think It Is (Maybe)

As a soccer coach, I want my students to get better at soccer.

As an English teacher, I want my students to get better at English. 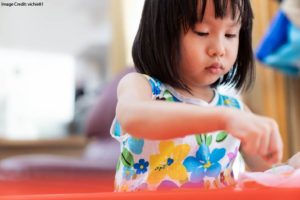 To accomplish those goals, I usually teach them soccer, English, and hip-hop dance.

That is: I need to tailor my teaching SPECIFICALLY to the topic I want my students to learn. Sadly, for instance, when I teach English, I’m not helping students learn soccer (or math, or dance…)

Wouldn’t it be great if I could teach some GENERALLY useful skill that would boost their abilities in all those areas? This broad, overarching skill would make my students better soccer players, English essayists, and hip-hop dancers. That would be amazing…

For a few decades now, we have mostly thought that the answer to that question is “no.”

Despite all the hype, for example, teaching young children to play the violin doesn’t make them better at math later on.

The exception to that general rule: EXECUTIVE FUNCTIONS.

When children get better at, say, inhibition, they improve across all their studies.

In soccer, they resist the temptation to run to the ball, and instead play their position.

In English, they break their bad habits — like using too many dashes — and choose good ones instead.

And in dance, they follow the tricky choreography that steers them away from the (super-tempting) downbeat.

No wonder we spend so much time talking about them.

Professor Sabine Doebel wonders: what if that account of executive function is just wrong.

She has also recently published a think piece on this question in Perspectives on Psychological Science. This document, naturally, is more technical than a Tedx video. But it’s certainly readable by non-experts who don’t mind some obscure technical terminology.

Why Do We Care?

If the traditional account of executive function is accurate, then we can help students generally by training their EFs.

If Doebel’s account is more accurate, then — alas — we can’t.

Instead, we have to help students learn these specific skills in specific contexts.

Because Doebel is proposing a new way to think about executive functions, I don’t doubt there will be LOTS of institutional resistance to her ideas. At the same time, if she’s right, we should allow ourselves to be persuaded by strong research and well-analyzed data.

This question won’t be answered for a long time.

But, we can use our (general or specific) executive function skills, restrain our impatience, and keep an open mind.

NEXT
Retrieval Practice is GREAT. Can We Make It Better...