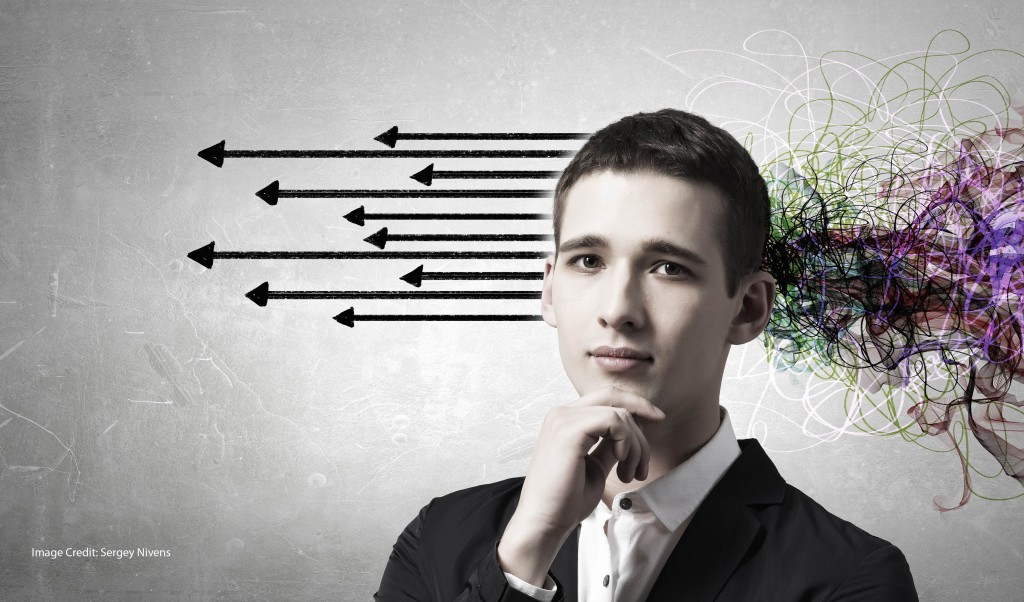 Most of us have heard the adage about the two ways that someone can get into a swimming pool: jump right in, or enter slowly to acclimate to the temperature a few inches at a time.

Most of us have probably also witnessed (or experienced) the varied ways that someone might approach an assignment: one could start and finish it right away; work on it in small chunks over an extended period of time; or wait until the last moment to start, likely rushing to finish.

And for those that are keeping an eye on back-to-school sales events, there are of course different ways to shop: one could impulse purchase an item, or do some research beforehand to get the best possible deal.

The common thread in all of those scenarios is that different methods, strategies, and thought processes can be employed to solve problems or complete tasks. And each has its own time and place. So how do we decide exactly which ones to use in a given situation?

The science behind problem solving and decision-making comprises a robust portion of cognitive research and involves the study of both conscious and unconscious thought.

Overall, there are two primary ways that a problem can be tackled: with algorithms or with heuristics. [1] An algorithmic approach refers to a series of steps that are more or less guaranteed to yield the solution. While this approach is most easily thought of in the context of mathematics (e.g., following a mathematical formula), an algorithmic approach also refers to such procedures as following a recipe or backtracking your steps to find a lost object.

Heuristics, on the other hand, are associative strategies that don’t necessarily lead to a solution, but are generally pretty successful in getting you there. These include conscious strategies (such as solving a maze by making sure your path stays in the general direction of the end point) and unconscious strategies (such as emotional instincts). Because heuristics are more subjective and less systematic than an algorithmic approach, they tend to be more prone to error.

In the classroom, solving problems with an algorithmic approach is fairly straight-forward: students can learn the needed procedural steps for a task and identify any places where they might have gone wrong, such as a miscalculation or a typo.

Heuristics are more complicated, however, and much of the research on problem solving aims to understand how children and adults solve problems in complex, confusing, or murky situations. One question of particular interest involves transfer: how do children apply, or transfer, their knowledge and skills from one problem-solving scenario to another?

Six of one, half-dozen of the other

Research suggests that students tend to have trouble transferring knowledge between problems that share only the same deep structure. For example, two puzzles that can be solved with the same logic, but that have different numbers, settings, or characters, are tricky.

In contrast, problems that share both their deep structure and shallow structure can be solved with relative ease.

A seminal study that illustrates the challenges of transfer asked students to solve the Radiation Dilemma: a medical puzzle of how to destroy a tumor with laser beams. [2] Some of the students were first told to read The General: a puzzle (and its solution) based on the common military strategy of surrounding an enemy and attacking from all sides. The solution to the Radiation Dilemma was analogous to the solution for The General: radiation beams should target the tumor from all sides until destroyed.

The researchers found that the students who first read the solution to The General successfully solved the Radiation Dilemma more often than those who did not.

However, students who received a hint that the solution to The General problem would help them solve the Radiation Problem were actually more successful in solving it than those who read both problems but received no hint.

This finding suggests that analogies can certainly be a helpful guide when children (or adults) are trying to make sense of a problem or find similarities between different contexts. But, they can also be confusing. Presumably,  people become distracted by or hyper-focused on shallow structural features (e.g., reading the Radiation Dilemma and trying to remember what medical strategy was used on a TV drama) and thus overlook the deep structure similarities that are present.

So, when we ask students to make connections between two problems, scenarios, or stories that have surface-level differences, a little hint may just go a long way.

The less the merrier?

In addition to better understanding how to make decisions or think about problems, researchers also aim to understand how much we should think about them. And, contrary to popular thought, it appears that reasoned and evaluative thinking may not always be best.

In fact, there is evidence for the deliberation-without-attention effect: some problem-solving situations seem to benefit more from unconscious cognitive processing. To investigate this, scholars at the University of Amsterdam set out to determine whether better decisions result from unconscious or conscious thought. [3]

When asked to choose the “best” car, two groups stood out:

The participants in Group B actually had a higher overall success rate than those in Group A.

Of course, the cars that the participants evaluated were fictional. The researchers therefore wanted to see if their results would hold up in similar real-word circumstances. They traveled to two stores: IKEA (a complex store, because it sells furniture) and a department store (a simple store, because it sells a wide range of smaller items, such as kitchen accessories).

As shoppers were leaving the store with their purchases, the researchers asked them:

The researchers then divided the shoppers into two groups: (1) conscious and (2) unconscious thinkers, based on amount of time they reportedly spent thinking about their purchased items.

Why don’t you sleep on it

While these studies are only a snapshot of the problem-solving and decision-making research field, they offer some valuable thoughts for how we can support students in the classroom.

First, we know that students need to understand problems in order to solve them. It is likely a good habit to continually remind ourselves that our students do not all make sense of the same problems in the same way or at the same rate. Thus, as we saw in The General, when we offer students problem guides, strategies, or templates, a little nudge as to how to use them can be enormously beneficial.

Second, we often push our students to think deeply and critically about problems and context. And that is probably true now that, more than ever, thoughtful, evidence-based, and logical reasoning is critical for tackling both local and global issues.

But there is also much to be said about instinct, conscience, and whatever it is that goes on in our subconscious. So if we see our students dwelling on a problem, or sweating a decision, the best way that we can help them delve into a solution may just be to first have them step away for a little while.

PREVIOUS
The Effect of Alcohol on Learning…

NEXT
More Thoughts on Gender Differences