Should our curriculum focus on knowledge or skills?

Jon Brunskill debates this question with himself in this thoughtful post. 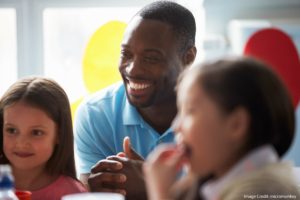 Brunskill does offer a strong conclusion in this debate. But just as important: the way he frames the discussion.

Following Rapoport’s Rules to Promote Civil Discourse (which I haven’t heard of before), Brunskill sets himself several tasks.

First, he summarizes the opposite belief as accurately and fairly as he can. (The goal, according to Daniel Dennett, is that the other person say “Thanks, I wish I’d thought of putting it that way.”)

Second, he notes his points of agreement with that position, and (third) what he has learned while thinking about it.

Only then, fourth, does he get to express his disagreement, and advocate for a distinct point of view.

(By the way: you haven’t accidentally skipped a paragraph. I’ve deliberately not said what his conclusion is, because I want to focus on his methodology.)

If the latter, great news! You have an opportunity to follow his example.

How might you summarize his position as fairly as possible?

What do you agree with?

What did you learn?

NEXT
Inventing Ourselves: The Secret Life of the Teenag...