Can – and should – young children really meditate? 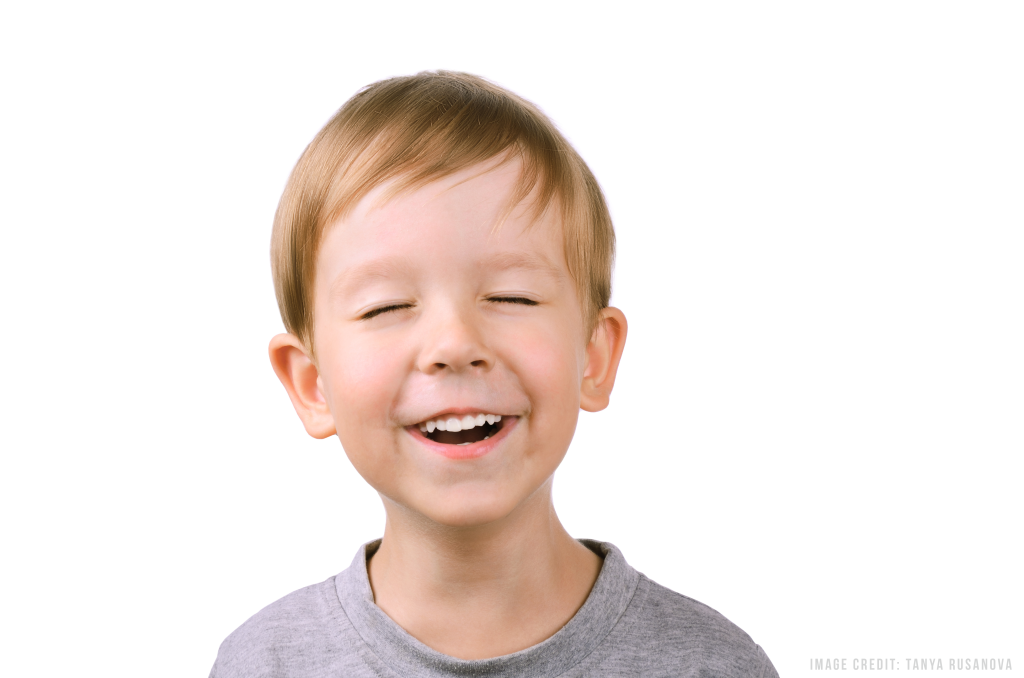 When picturing a kindergarten classroom in America, chances are you imagine messy finger paint on tables, blocks clinking on the rug, oversized read-aloud books, and little kids climbing through colorful Rubbermaid jungle gyms. (Perhaps you imagine a young Arnold being trampled by 5-year-olds in Radio Flyer wagons).

When picturing mindfulness meditation, you might imagine a serene-faced adult seated cross-legged on an amber silk pillow. Her eyes are closed and she is perfectly impervious to distractions in her surrounding environment.

Most young children have loads of rambunctious energy, hungry for answers to curious questions. And with or without silk props, many meditation practices are designed to cultivate stillness and silence within.

The first years of a child’s life are crucial to setting up a strong foundation for relationships, learning, and mental health. According to the Center on the Developing Child, neuroscientists have found that typically 700 synaptic connections between brain cells are created every second in a child’s beginning years of life.1 (If you’re trying to do the math, that’s about a few hundred trillion connections by age 3.) Eventually, this period of synaptic exuberance subsides as the brain naturally prunes away unused connections, a mechanism popularly referred to as “use it or lose it.”

Brain development is shaped by biology, environment, and external experiences and is studied in a number of ways, including a growing field of research known as s. Epigenetics is a subfield of genetics that studies things like how non-genetic factors, typically at the cellular level, can affect the way a given DNA sequence, and therefore the way a gene, is expressed. According to the Center on the Developing Child, “positive experiences, such as exposure to rich learning opportunities, and negative influences, such as malnutrition or environmental toxins, can change the chemistry that encodes genes in brain cells — a change that can be temporary or permanent. This process is called epigenetic modification.”2

Young children experiencing adversity such as neglect, poverty, parental substance abuse, or prolonged periods of stress may be susceptible to a “toxic stress response.” Toxic stress can be as harmful as it sounds, destroying brain cells and significantly disrupting brain circuitry in foundational years, leading to emotional and mental health complications such as anxiety and depression in childhood or even later in adulthood.3

Development in early years often predicts emotional, academic, and social well-being and even physical health in adulthood. Jack Shonkoff, M.D., professor at Harvard Graduate School of Education and Director of Harvard’s Center on the Developing Child explains, “Biologically, the brain is prepared to be shaped by experience. It’s expecting the experiences that a young child has to literally influence the formation of its circuitry…If a child is preoccupied with fears or anxiety or is dealing with considerable stress, no matter how intellectually gifted that child might be, his or her learning is going to be impaired by that kind of emotional interference.”4

Learn more about the basics of early childhood brain development with Dr. Shonkoff in this short video from the Center on the Developing Child.4

Shonkoff recognizes that supporting healthy cognitive development in children is not separate from social and emotional development, making the case for intervention for children in early years. So is mindfulness the type of intervention that might help?

Contemplative practices – an umbrella term for practices like yoga and mindfulness meditation – have been studied primarily in adult and adolescent populations over the last few decades and are associated with increased activation in brain regions related to executive functioning.5 Executive functions (EFs) are a range of activities such as planning, decision-making, and self-regulation of attention, emotions and behaviors. As a result of positive findings in older populations, new research investigates the effectiveness of mindfulness interventions on executive functioning in elementary and early childhood settings.

Self-regulation, a type of executive functioning, is broadly considered to be the integration of flexible attention, working memory, and ability to inhibit one’s impulses. Self-regulation in preschool-aged children has been strongly correlated with academic success as measured by progress in emergent literacy and math. An even stronger predictor than IQ, self-regulation in beginning years of life is one of many functions that can predict math and reading achievement in elementary and middle school.6

Mindfulness practices have had mixed results in effectiveness on executive functioning in child populations, in part due to weaker design without control groups for comparison and due to reliance on self- or parent-reported data. Without a control group that receives alternative or no treatment, it’s hard to determine if any changes are linked to the actual mindfulness treatment or whether the changes would happen regardless. And with self-reported data like questionnaire and survey responses, it’s hard to calibrate if one person’s perception of “strongly agree” is the same as another’s. It’s utility as a measure of effectiveness, however, is revealing trends and prompting further precision investigation.

In a recent study by Lisa Flook et al. (2010), for example, early elementary children received training Mindful Awareness Practices that included breathing awareness, body awareness and movement, and awareness of environment. Results revealed that, according to teacher and parent reports, children who started the program with difficulties in self-regulation showed significant improvement.7

This preliminary study call for more research on mindfulness as an effective intervention in even younger child populations – a way to offer children experiencing adversity a way to self-regulate their emotions and behaviors, potentially preventing disruptions to healthy brain development.

But can young children really meditate?

Given what we know about young children’s development and naturally quick shifts in attention, even 10 minutes of seated silence with children ages 3-5 seems unrealistic. To manage the concern of long periods of quiet, shorter adaptations of meditation practice have been designed to help introduce children to meditational techniques by reading a related story, participating in walking and observation meditations, playing games like “breathing buddies,” as well as reflective activities.8

It’s important to remember, however, that in many Eastern classrooms, children are often introduced to more traditional meditational practices at an early age. In a recent research study by Tang et al (2012), 4.5-year-olds in China were trained in integrative body-mind therapy (IBMT) sessions adapted from the original Zen training program for adults. Standard IBMT sessions consist of 5 minutes of modeling and directions by an instructor, 20 minutes of silent meditation or meditation with soothing music, and 5 minutes of reflection. Young children participated in twenty 30-minute sessions – a total of 10 hours of mindfulness practice – over the course of a month. In contrast to a control group, the mindfulness group’s performance on two stimulus-discrimination Stroop Tasks to measure attention significantly improved. The mindfulness training group also showed significant increases in effortful self-control (an executive function) as reported by their parents.9

Research is still required to confirm the beneficial impact of integrative body-mind therapy (IBMT) on child brain development, though preceding neuroimaging studies of IBMT in adults demonstrated promising results. After just one month of practice, fMRI on adult participants revealed enhanced functional connectivity between the anterior cingulate cortex and striatum as compared to a control group receiving relaxation activities, suggesting that the mindfulness training may enhance focused attention.10

Yi-Yuan Tang and her team plan to study IBMT in American settings in order to determine the impact of mindfulness on self-regulation in early childhood across cultures.

Mindfulness can take various forms, silence in a seated posture being one of them. Paying attention to the breath or sounds within our outside of the body is another form. Walking mindfully with each step is another. Mindfulness is simply paying attention, without judgment, to the present moment.11

In the last decade, various organizations and programs have emerged to support mindfulness in classrooms. One such organization begun in 2008, Mindful Schools, offers certification and video resources on how to teach mindfulness to elementary-age children. The following sample video offers student-friendly listening to the sounds of bells and sharing their experiences, and it all takes less than fifteen minutes: K-5 Mindfulschools.org Lesson.12 Scroll down and click on the K-5 Curriculum Demo. At 5:33, you can get a sense of how students receive scaffolding support to move from listening to sounds outside of themselves to listening for sounds inside of themselves).

If meditating silently on external or internal sounds feels less appropriate as a mindfulness introduction to your students, consider adapting mindful practice ideas to meet your young students where they are. For example, you might play a familiar song and have your students gently tap their noses each time they hear a particular note or word. To help encourage awareness and regulation of attention, perhaps sing overlapping rounds of “Row, row, row your boat,” allowing children to learn strategies for how to focus their attention on their part. Equally important is supporting children as they learn to re-focus their attention when they’re momentarily distracted (if you’ve played this singing game before, you know how challenging it can be!). Mindfulness is not simply sitting perfectly still; music and movement often make ideal mindfulness entry points for elementary-age children.

As mindfulness research in early childhood settings continues to grow, so shall science-based, kid-friendly resources for the classroom. Improvement of programs and refinement of research is undoubtedly the ongoing goal, but waiting for perfected materials means waiting to offer potentially life-altering resources to our children while they’re still children. Let’s help them evolve into healthy adults by offering them simple mindfulness tools now.

2 Responses to Can – and should – young children really meditate?

PREVIOUS
The New Understanding of IQ
NEXT
TOP RESEARCHERS TO EXPLORE WAYS THAT MINDSETS AFFE...