Can We Boost Our Students’ Self-Control?

You have, no doubt, heard about this research before. 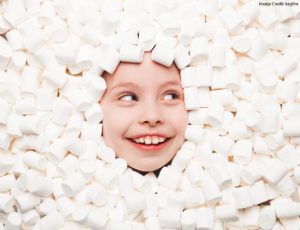 Walter Mischel tested preschoolers on self-control. In the famous “marshmallow test,” they got either one marshmallow right now, or two if they waited for fifteen minutes.

(I have to include an adorable video of children resisting marshmallows.)

And, as Roy Baumeister has shown, self-control influences … say … adult financial success. Or, likelihood of addiction. Or, even the odds that I’ll wind up in jail.

These paragraphs add up to a scary story. If self-control a) can be predicted in early childhood, and b) meaningfully shapes core adult behaviors and abilities, then we might worry about an individual’s capacity to determine his or her life’s direction.

And, we might particularly worry about a teacher’s ability to provide meaningful long-term help.

A recent study sheds new light on this debate.

Here’s the headline: Y.E. Willems and others ran a meta-analysis on the heritability of self-control. Looking at 31 twin studies that included over 30,000 individuals, they conclude that overall heritabililty of self-control is 60%.

But what, precisely, does that mean?

For two reasons, I think this finding defeats the “scary story” I told a few paragraphs ago.

Who helps create environment? Teachers do.

In other words: all those self-control strategies we’ve been blogging about aren’t foolishly trying to defy genetic destiny. Instead, they’ve got plenty of room to work in.

“Heritabililty” Isn’t (At ALL) What We Think It Is

The second reason this research can calm our fears about the scary story gets technical.

“Heritability” sounds like it answers this question: “how much of a particular trait is determined by genes?”

In other words: how much does genetic variety explain dyslexia? Or, propensity for violence? Or, working memory capacity?

That’s not what heritabililty means.

Instead, heritabililty measures the amount of variation in a particular trait explained by genes.

This difference takes a long time to explain. Happily, we’ve got an expert ready to explain it.

As I said, this kind of analysis can be tricky to follow. But the core message is crucial:

Environment matters for the development of self-control.

Yes, of course, genes have an influence on our self-control. But, so does the environment in which those genes create proteins, which — after a staggeringly complex process — influence behavior.

All those self-control boosting techniques you’ve been hearing about at Learning and the Brain conferences: you can have confidence. They might not change everything overnight.

But, they can indeed help. And, studies about heritability don’t mean what we think they do, so they shouldn’t discourage us from trying.

By the way, Sapolsky’s book Behave goes into this topic with clarity, humor, and precision. If you want to understand the nuances of genetic and environmental interactions, it’s a splendid read.