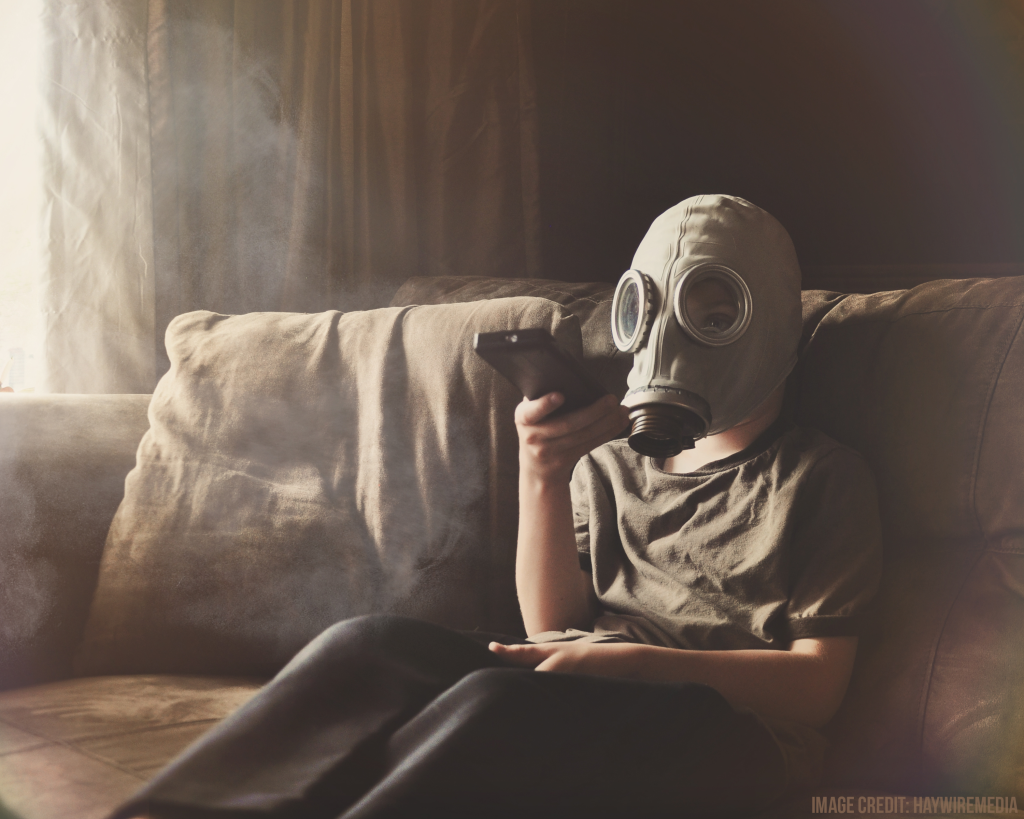 It is difficult to argue that bad air isn’t bad for your health. Unlike many of the polarizing environment and health issues, like global warming, it is commonly agreed upon that ambient air pollution is a public health threat1,2. In the U.S. alone, more than 100 million people are exposed to varying amounts of particulate matter (PM), lead, sulfur and/or nitrogen dioxide in the air in quantities that exceed the recognized health standards set by the United States Environmental Protection Agency (EPA)3,4.

The danger lies in PM of 2.5 micrometers or less in diameter (or approximately 1/30 of the width of a human hair), which is small enough to penetrate deep into the lungs and other organs of the body. Although trends observed by the EPA have shown that hazardous emissions polluting our air have actually decreased over the course of the past decade, it remains that, as of 2013, over two million deaths a year can be directly linked to air pollution5.

Historically, much of the attention on the risks of air pollution tends to center around cancer and other diseases affecting the respiratory and cardiovascular system6. This makes sense, especially considering the important and obvious links between air quality and lung and heart health. However, recent empirical investigations of the brain have observed concerning evidence about the potential impact of pollution on neurological functioning and wellbeing. In other words, bad air quality has been found to have an unprecedented and insidious impact on our brain.

Research suggests air pollution can affect everything from neurodevelopment in-utero to accelerating cognitive decline in older people7. Given the delicate nature of the prenatal environment and its importance for fetal health, it may come as no surprise that toxins found in the air are harmful to healthy brain growth both during pregnancy and throughout the lifespan. Indeed, given the detrimental brain effects on children living in heavily polluted cities, the past few years have witnessed a surging interest in the correlations between ambient air pollution and compromised brain health8,7. For example, one research group using animal models found mice exposed to average metropolitan area levels of pollution performed worse on learning and memory tasks compared to a control group in a container with filtered air. Additionally, in a companion study by the same group, the mice in the polluted air showed more depressive-like and anxiety-like symptoms and behaviors than their filtered-air counterparts9.

Although these findings are concerning, results from animal studies can’t always be generalized to humans. However, we do know that children’s physiological development is uniquely vulnerable to the exposure to environmental toxins and pollutants compared to adults. Simply from a lung function perspective, children breathe in higher levels of polluted air relative to their weight and also tend to spend greater amounts of time outside, leaving them even more susceptible to the disease and dysfunction caused by pollutants10.

A number of recent investigations conducted between 2012 and 2015 have looked into analyzing brain imaging data belonging to children living in urban areas with the objective of pinpointing some of the dangerous side-effects of living in heavily polluted areas on the brain, particularly in light of poor outcomes on psychometric tests on behalf of children living in these areas11. For instance, upon examining brain structure (i.e. the physical architecture that comprises the brain), results indicate abnormalities in the brain’s white matter, which are often highly correlated with a number of psychological and cognitive diseases and deficits12.

Unsurprisingly, the structural findings were corroborated by “functional” anomalies (meaning parts of the brain are behaving differently than in a typical population). Examples include compromised senses, including smell and hearing, as well as a number of cognitive deficits, consistent with the poor psychometric assessments noted previously. In fact, many research groups have consistently found that school-aged children located in highly polluted areas perform less well on cognitive and neurological tests, all while controlling for confounding factors such as low-SES, gender, age and mother’s IQ12.

Further cases of such studies include a 2010 investigation showing that children with exposure to high levels of nitrogen dioxide scored between 6 and 9 points less on measures of working memory13. This continues to hold true in 2015, when a research group from the University of Texas found lower grade point averages among El Paso fourth-and-fifth graders exposed to high levels of ambient air pollution14. Perhaps more alarmingly, evidence shows these effects can start early, whereby children with high levels of prenatal exposure to aromatic hydrocarbons (a group of chemicals that get released upon burning substances such as coal, oil, gasoline and trash) were recorded to have lower than expected IQ scores at the age of 5 compared to children that had not had such exposures in-utero15,16.

What does this mean for students?

So the bottom line is: how does all this affect how children grow, develop and learn? Despite the body of evidence confirming the negative effects of ambient air pollution on children’s health (as well as the routine air quality monitoring by the EPA), few investigations have been carried out to examine the consequences of the associations between air quality and academic performance. To complicate matters, many groups disproportionately place low-income and ethnic minority communities in areas with high levels of air pollution – segments of the population already associated with lower performance on standardized tests17,10. Reasons for this may be due to factors such as parental educational disadvantages and school location in urban centers near busy roads, which in turn are populated by greater proportions of at-risk student populations16. However, these links are not found ubiquitously, and many theorists have shown a robust enough relationship between high exposure to air pollutants and compromised academic performance to withstand confounding variables including school size, school location and student demographics10.

So what could be the true outcomes of these findings? Based on the sheer number of studies purporting the negative impacts of air pollution on overall health and the brain, it would not be a stretch to imagine the ramifications of even mild exposure to air toxins beyond GPA or IQ – for instance, some have anecdotally discussed how newly occurring or exacerbated respiratory problems increase fatigue and attention problems in school, with greater bouts of absenteeism as a result 18.

The danger herein lies in the insidious nature of these ill-effects, because it is not likely that common issues such as asthma or attention-deficit disorders be linked with poor air quality; and even if air quality was the primary culprit behind these problems, it would be hard to effectively disentangle it from other possible etiologies. Needless to say, the links between academic performance, air pollution exposure as well as other related health problems remain poorly understood and require further research in order to produce realistic solutions to combat the problem.

What can we do about it?

From a survey of the current literature, a number of research groups have initiated studies on the effects of poor air quality; however relatively few have posed any concrete solutions to the problem. As of October 2015, select federal agencies (such as the EPA) along with public health officials have acknowledged the research discussed in this article and have responded by organizing online events and workshops to work with schools and educational institutes to better monitor indoor air quality in schools:

Clearly, given the complex nature of pediatric air pollution research, extensive interdisciplinary collaboration between fields like neuroscience, radiology and epidemiology (to name a few) is necessary in order to create greater awareness and build efforts on behalf of schools and educational facilities to improve indoor environment quality. This, coupled with a more comprehensive understanding of the damage of air pollution on the brain will hopefully facilitate more effective interventions to compensate for the ill-effects of bad air quality on future generations8.

One Response to Is Air Quality Affecting Your Students’ Performance?

PREVIOUS
3 Ways to Confuse Students (And Why You Should)
NEXT
Is Air Quality Affecting Your Students’ Performa...