Don’t Just Do This Thing; Think This Way

Teachers love hearing about brain research because it offers us specific and persuasive guidance. 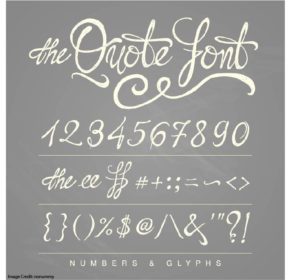 As a thoughtful teacher, I draw the obvious conclusion. I too should DO THIS THING.

Back in 2011, Connor Diemand-Yauman published a study about unusual fonts. (You read that right. Font. As in: typeface.)

When retested, they remembered more information in the hard to read font.

Being a thorough researcher, Diemand-Yauman tried this hypothesis out in a high school. He had teachers use the Arial font in one of their sections, and the Bodoni MT in another.

We teachers might take this study as an instruction to DO THIS THING. Given Diemand-Yauman’s results, that is, we should start using unusual fonts.

Instead of DOING THIS THING, however, I think Diemand-Yauman’s research should inspire us to THINK THIS WAY.

Specifically, we should think about finding the right level of difficulty.

When students take on relatively simple material, we can help them learn it better by adding a bit of challenge.

We might — for example — print that information in a disfluent font.

Or, we might interleave this topic with other, similar kinds of information.

But: when students learn complex material, we don’t want to make it any more difficult. In this case, the font should be as fluent as possible. We would space practice out, but not so far. We would interleave, but not so much.

In other words: Diemand-Yauman’s research doesn’t tell us to use quirky fonts (“do this thing”).

Instead, it gives us another option for creating desirable difficulty (“think this way”).

But Wait: Does That Font Thing Really Work?

A just-published meta-analysis says: not so much. In the authors’ words:

“there is not enough evidence to show that it [using disfluent fonts] either stimulates analytic processing or increases extraneous cognitive load.”

In other words: hard-to-read fonts aren’t a desirable difficulty. And, they don’t stress working memory too much.

Although I haven’t looked at the nitty-gritty of this study (it’s behind a paywall), I have an alternate interpretation.

Perhaps in some cases disfluent fonts are a desirable difficulty. And, in other cases they stress working memory. In this case, those two findings would offset each other in a meta-analysis. The result would be — as this study finds — no consistent effect.

So: who decides when to use one?

No researcher can answer that question, because no researcher knows your curriculum, your school, and your students.

Rather than ask researchers tell you what to do, let them guide you in thinking about teaching problems in more effective ways.

NEXT
How To Be A Critical Psychology Consumer