The Source of Student Motivation: Deeper than We Know?

Usually I blog about specific research findings that inform education.

Today — to mix things up — I thought it would be helpful to talk about an under-discussed theory pertinent to education. 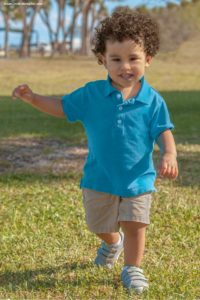 This theory helps us at least two ways:

First: it gives useful insights into student motivation. (Teachers want to know everything we can know about motivation.)

Second: it provides useful background for a second up-n-coming theory — as I’ll describe below.

Let’s zoom the camera WAY BACK and think about individual human development from an evolutionary perspective.

Certain human interests and abilities can promote our evolutionary fitness.

Tens of thousands of years ago, humans who — say — understood other people and worked with them effectively probably had a survival advantage.

So did humans who took time to make sense of the natural world around them.

Oh, and the physical world as well.

Given those probabilities, humans who learned about people, the natural world, and the physical world would — on average — thrive more than those who did not.

If that’s true, then we probably evolved to learn those things relatively easily. (Obviously, this is a great oversimplification of evolution’s complexities.)

For instance: we rarely teach children to recognize faces — our species evolved to be good at that. We don’t teach them to walk or talk; they do so naturally. (We encourage and celebrate, but we don’t need to teach.)

We don’t have to encourage people to explore the natural or physical world. Throwing rocks, climbing trees, jumping in puddles, chasing small animals: we evolved to be intrinsically interested in those things.

Evolutionary Psychologist David Geary describes these interests as biologically primary. We evolved to be interested in and learn about what he calls “folk psychology” (people), “folk biology” (the natural world), and “folk physics” (the physical world).

Geary contrasts these several topics with others that we learn because human culture developed them: geometry, grammar, the scientific method, reading. He calls such topics biologically secondary because need for them does not spring from our evolutionary heritage.

We are MUCH less likely to be interested in biologically secondary topics than biologically primary ones. We didn’t evolve to learn them. Our survival — understood on an evolutionary scale — does not depend on them.

If you’re keen to understand its nuances, Geary’s 100 page introduction to his theory is here.

If Geary’s correct, his theory helps answer a persistent question in education:

This question usually implies that schools are doing something wrong.

“If only we didn’t get in the way of their natural curiosity,” the question implies, “children would love X as much as those other things.”

We evolved to be motivated to play games. Our genes, in effect, “want” us to do that.

We did not evolve to learn calculus. Our culture, in effect, “wants” us to do that. But cultural motivations can’t match the power of genetic ones.

In effect, Geary’s argument allows teachers to stop beating ourselves up so much. We shouldn’t feel like terrible people because our students don’t revel in the topics we teach.

Schools focus on biologically secondary topics. Those will always be less intrinsically motivating (on average) than biologically primary ones.

A second theory — cognitive load theory (CLT) — has been getting increasing attention in recent months and years.

In recent years, CLT’s founders have connected their theory to Geary’s work on biologically primary/secondary learning.

That connection takes too much time to explain here. But, if you’re interested in cognitive load, be aware that Geary’s work might be hovering in the background.

Some scholars just love the analytical power provided by the distinction between biologically primary and secondary learning.

Paul Kirschner (twitter handle: @P_A_Kirschner), for instance, speaks of Geary’s theory with genuine admiration. (In one interview I read, he wished he’d thought of it himself.)

Others: not so much.

Christian Bokhove (twitter handle: @cbokhove), for instance, worries that the theory hasn’t been tested and can’t be tested. (Geary cites research that plausibly aligns with his argument. But, like many evolutionary theories, it’s hard to test directly.)

I myself am drawn to this framework — in part because evolutionary arguments make lots of sense to me. I do however worry about the lack of more evidence.

And: I’m puzzled that so little work has been done with the theory since it was first published in 2007. If it makes so much sense to me (a non-specialist), why haven’t other specialists picked up the topic and run with it?

For the time being, I think teachers should at least know about this theory.

You might start considering your students’ interests and motivations in this light — perhaps Geary’s distinction will offer a helpful perspective.

And, I don’t doubt that — as cognitive load theory gets more attention — the distinction between biologically primary and secondary learning will be more and more a part of teacherly conversations.

One Response to The Source of Student Motivation: Deeper than We Know?

PREVIOUS
“But How Do We Know If It Works in the Class...