Cambridge University professor of psychology and psychiatry, Simon Baron-Cohen, recently published The Pattern Seekers: How Autism Drives Human Invention. Baron-Cohen argues that for the last 70,000-100,000 years humans have been the only species with the “Systemizing Mechanism,” or the ability to think in if-and-then patterns. This ability, which is stronger in people who work in science, technology, engineering, business, law, and some detail-oriented art fields, has offered us an advantage over other species because it enables invention. Baron-Cohen reviews extensive evidence sugges 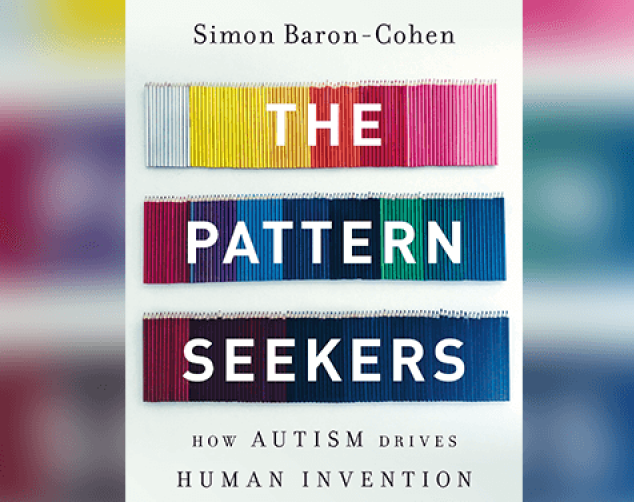 ting that the Systemizing Mechanism is more common among people with autism, that both this mechanism and autism are at least partially genetic, and that they share a genetic basis. As the incidence of autism continues to rise and the need to better support this population and better harness the strengths of people with autism continues to grow, this book will be of interest not only to individuals with autism or to people who work with individuals with autism, but also to those striving to support two of our most uniquely human capacities—the capacity for innovation and for empathy.

Baron-Cohen explains that the Systemizing Mechanism involves first asking a question about the world, then hypothesizing an if-and-then pattern to answer it, testing that pattern repeatedly by making observations or experimenting, and finally, modifying it as appropriate. These steps allow us to learn new things about our environment and ultimately exert some control over it.

Baron-Cohen reviews the 70,000+ year history of human inventions. He argues that although other animal species use tools, and there is evidence of tools from other hominids, only humans can create a novel tool more than once. Baron-Cohen refutes the ideas that language, large working memory capacity, larger brains, or the protracted period of childhood could adequately explain humans’ unique ability to build innovative inventions. Only the Systemizing Mechanism is sufficient to explain our ability to invent.

Despite the power of the Systemizing Mechanism, we typically rely on empathy (a topic about which Baron-Cohen has researched and written extensively) to understand the social world. Baron-Cohen describes a trade-off between empathy and systemizing that may have both a genetic basis and may be influenced by environmental factors, including the prenatal hormonal environment.  He says that there are five distinct types of relative orientations individuals have towards systemizing and empathizing—an individual can be very high on one and very low on the other, moderately high on one and moderately low on the other, or balanced in both skills. Readers can assess their own systemizing and empathizing at www.yourbraintype.com. Systemizing is more common among people with autism than among the general population and is more common among people who work in technology than among people in most humanities. People with autism are often experts at recognizing patterns (consistent with systemizing), but may struggle with cognitive empathy, leading to difficulty with social relationships. Hyper-systemizing individuals are genetically more likely to have an autistic child and the parents of kids with autism tend to score higher on systemizing and pattern recognition tests.

The rate of diagnosed autism has risen, which may partially be because of increased awareness, better ability to diagnose, and changing diagnostic criteria, but it may also be increasing in the population because of a genuine growth in its frequency (perhaps secondary to increased mating among people with a genetic disposition to systemizing). Currently, school and the workforce are relatively unwelcoming places for people with autism, which causes them great suffering and loneliness and makes society lose out on their unique strengths. Baron-Cohen calls for offering more social support to people with autism and creating more employment opportunities for these individuals. Appreciating neurodiversity in the population, or the naturally occurring variability in types of brains, is a revolutionary, inclusive idea. Inspired by his work with people with autism, Baron-Cohen helps us imagine a better world—one in which we cease to judge one another for what we cannot do and instead celebrate the special talents we each possess.