We’ve posted frequently about the Mindset Controversy in recent months. 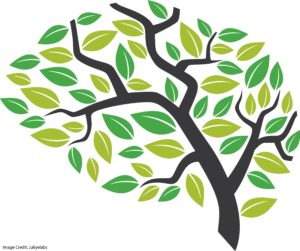 After several decades of enthusiastic reception, Dweck’s work on fixed and growth mindset has come under increasingly skeptical scrutiny.

A well-publicized meta-analysis showed only small effects — both of mindset itself, and of growth mindset interventions.

And, some non-replications have recently added new voices to the mindset-skeptical chorus. At the beginning of this month, for example, I wrote about a non-replication in Argentina.

During these months, I’ve been wondering: when would Dweck herself respond? And, what would she say?

Dweck recently gave an interview to TES in which she started to answer some of these questions.

The article they’ve published is worth reading in its entirety, and I encourage you to give it a look.

First — unsurprisingly, to me — Dweck is open to the criticism she’s reading:

We have produced a body of evidence that says under these conditions this is what happened. We have not explored all the conditions that are possible.

Teacher feedback on what is working and not working is hugely valuable to us to tell us what we have not done and what we need to do. [emphasis added]

In other words: if people are trying mindset interventions and they’re not working, she wants to know about that. She’s not pretending those concerns aren’t real.

Second, Dweck emphasizes that mindset interventions should not be one-time events.

Anything that happens just once — “a chart at the front of the room, a lecture where you define the two mindsets” — isn’t likely to work.

Instead, we should focus on “the policies and practices in the classroom. It is not about teaching the concept alone, it is much more about implementing practices that focus on growth and learning.” [emphasis added]

That is: if we tell students about the perils of fixed mindsets and the benefits of growth mindsets, we might feel like we’ve set them on the right path.

But: if our own language, classroom methods, and grading policies imply fixed mindsets, then that mindset mini-lesson won’t help very much.

Regular readers know that I’m writing several posts about working memory: what it is, why it’s important, how to use that information.

I do NOT think that teachers should tell students about working memory. If we do — ironically — we’re just using up their scarce working-memory resources.

Instead, we should use our knowledge of WM to modify and hone our teaching practices.

So, too, with mindset. Our students don’t need us to tell them the theory. They need us to act on our own knowledge of the theory — to modify and hone our teaching practices.

That approach will take more sustained effort. It might not have a dramatic, immediate effect. But, given Dweck’s four decades of research, it’s much likelier to yield the subtle, long-term benefits that enhance learning.

Full disclosure: I’m not a neutral observer in this debate. I’ve just published a book on Mindset. Your opinion about my opinion might reasonably be swayed by that knowledge.

If you’re interested in such a book, you can see Rebecca Gotlieb’s review here.

NEXT
When Parents Teach Reading, Do They Also Promote M...