The Hidden Lives of Learners

Many times over the last several years, I’ve heard enthusiastic reviews of a seemingly-magical book called The Hidden Lives of Learners, by Graham Nuthall. 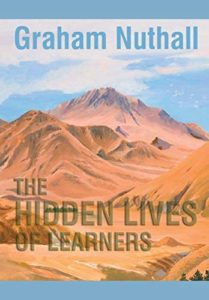 Working in New Zealand classrooms in the 1980s, he put mics on all students and teachers. And, he had cameras in the classroom.

He and his team also broke down the teachers’ unit plans into granular learning goals. For instance, a unit on Antarctica might have 80 specific facts or concepts that the students should learn.

Finally, Nuthall’s team tested students both before and after these units.

Given this quite extraordinary data set, Team Nuthall could look at remarkably specific questions:

How much information about each topic did students already know before the unit began?

How much did they learn?

What, very specifically, did each student do and say to learn each specific new concept?

You can see why readers have responded so strongly to Nuthall’s method.

So, based on all his data, what did Nuthall conclude?

That is: students learn more when they spread practice out than when they do the same amount of practice all at once.

In my experience, this research finding started getting broader notice in … say … 2015 or so. (I completed my grad program in 2012, and I don’t remember the spacing effect getting much — or any — attention at that time.)

Well, Nuthall’s research led him to a very similar conclusion more than a decade before.

That is: in Hidden Lives, Nuthall writes…

We discovered that a student needed to encounter, on at least three different occasions, the complete set of the information she or he neede to understand a concept.

If the information was incomplete, or not experienced on three different occasions, the student did not learn the concept. (63)

Similar to research into the spacing effect, Nuthall’s research shows that students must devote brain space to an idea several times — spread out over more than one class meeting — to consolidate that idea in long-term memory.

Later in Hidden Lives (p. 126), Nuthall suggests that students should “encounter the complete set of information” on four occassions — not three.

For me, the precise number (is it 4? is it 3?) is less important than the broader concept: teachers should build curricula that ensure students delve into an idea several times. One or two encounters can’t create enough momentum to change memory systems.

Most research in this field focuses on what teachers do. Nuthall — wisely — insists that we focus on what students do.

His methodology — all those microphones, all those transcripts — helps him recognize all those “encounters” with ideas. And, crucially, students often “encounter” ideas in their conversations and projects with other students.

First, students often have prior knowledge about a topic.

When that prior knowledge is incorrect, it BOTH hinders their understanding of new ideas AND hampers their classmates’ efforts to learn correct ideas.

For this reason — I’m extrapolating from Nuthall here — teachers really should focus on students’ prior misconceptions.

Unless we know what our students (wrongly) think they know, their misinformation will substantially muddle the learning process.

This seemingly obvious statement comes from one of Nuthall’s most alarming findings (well: alarming to me).

The students in these classes were AMAZINGLY unkind to one another. Casual insults — even racial epithets — made up a regular part of classroom dialogue.

Option A: “Teachers therefore need to know who is in which friendship groups, who wants to be liked by whom, who has status, who is rejected.

They also need to know the kinds of beliefs and culture — about music, clothes, curriculum, learning, co-operating, and the like — that hold students’ relationships together.” (p. 37)

While I understand the logic behind this statement, it strikes me as frankly impossible. As I think over my various sophomore and senior English classes, it’s simply inconceivable to me that I would know — with any level of consistent detail — what the exact relationships are among all these people.

I might have a dim idea that this student is especially popular, or that those two are dating, or that some song or another has everyone’s attention. But for that knowledge to be broad and current: no way.

In fact, I think it would be inappropriate for me to know such things. Inquiring too closely into students’ personal and romantic lives does not strike me as healthy or appropriate.

“Some teachers have tried to deal with this problem [peer-to-peer unkindness] by creating an alternative culture within their classrooms — a culture of mutual respect and cooperation, a culture in which everyone is expected to succeed in some significant aspect of classroom activities.” (p. 37)

Yes, I want my students to learn about Macbeth and topic sentences, but I also insist that they know how to treat one another well.

Nuthall’s findings about casual peer cruelty has reminded me how much happens in my classroom that I can’t see (“hidden lives of learners”), and how important it is that I solve those invisible problems.

One final point stood out for me in Nuthall’s book, although my interpretation of it might not persuade you. Here’s the story…

Because Nuthall measured how much students already knew, and what they did to learn new information, he could track important patterns. One pattern went like this:

Students who didn’t know much about the topic learned most from the teacher.

Students who already knew a lot learned most by working on their own, or with peers. (pp. 86-7)

I think this finding might help us see past a controvesial binary in the field of education.

Current schooling debates have encouraged us to pick sides. Either we believe in direct instruction, or we believe in project pedagogies. (This sentence oversimplifies a very complex debate, but is a useful shorthand at this moment.)

Nuthall’s findings (and my own reading of schema theory) suggest an alternative viewpoint. Perhaps

Students who don’t know much about a topic (a.k.a. “novices”) learn most from the teacher (a.k.a. “direct instruction”), whereas

Students who already know a lot (a.k.a. “relative experts”) learn most by working on their own, or with peers (a.k.a. “project pedagogies”).

That is: before we say whether direct instruction or independent investigation is better for a student, we have to know where the student lies on the novice/expert continuum.

To be clear: I’ve been quietly advocating for this view for a few years now. It seems to me — although I could be wrong — that Nuthall’s data roughly support it.

Read This Book If…

…You’re intrigued by the possibility of extremely granular classroom research, focusing directly on the students’ experience,

…you want to see how the spacing effect plays out in the classroom,

…perhaps you want to know more about how students actually treat each other in day-to-day interactions.

…you want to hear an inventive and thoughtful researcher think aloud about his findings.

I don’t agree with everything that Nuthall has written. For instance, his account of working memory is not at all in line with current models of this cognitive function.

2 Responses to The Hidden Lives of Learners

NEXT
CHATTER BY ETHAN KROSS